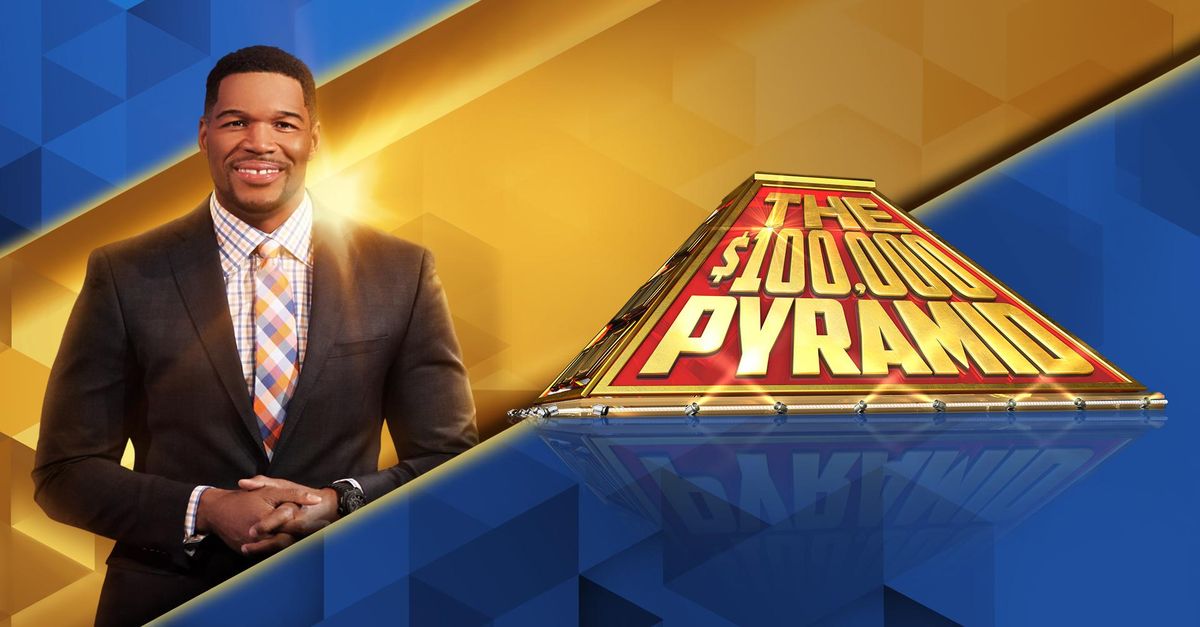 Game shows have been around for a long time now. In fact, they have become one of the most significant parts of television. Shows like ‘Jeopardy!’ or ‘Who Wants To Be a Millionaire?’ have left deep impacts on popular culture.

One such show that has been quite influential is definitely the ‘Pyramid’ franchise. The first show in this series is ‘The $10,000 Pyramid’, which premiered in 1973. Since then, as the prize money kept on increasing, the name of the show changed accordingly. The present version of the show was revived and released in 2016 on the ABC Network. It has been going strong since then.

The show’s popularity has spread across several countries, with many creating their own versions of ‘The $100,000 Pyramid’. SMAC Entertainment in association with Sony Pictures Television is the producer of this game competition. After spanning four incredible seasons, fans are excited to know if the show has been renewed for another season. Here’s all we know about ‘The $100,000 Pyramid’ season 5.

The main member of the cast of ‘The $100,000 Pyramid’ is definitely the host of the show Michael Strahan. Strahan himself is a Super Bowl Champion and is also a special guest host appearing on select episodes of ABC Network’s famous morning talk show ‘Good Morning America’. He also serves as one of the hosts of another morning talk show, ‘LIVE with Kelly and Michael.’

A unique aspect of this show is that here celebrities team up with participants and the duos fight off against each other to ultimately emerge as the winner. Season 4 of ‘The $100,000 Pyramid’ sees Andy Richter, Ken Marino, Taye Diggs, Leslie Jones, Gayle King, Nick Lachey, Bobby Moynihan, and Jon Lovitz as the celebrity guests.

In season 5, Michael Strahan is expected to return to host the show. Of course, he will be accompanied by a fresh crew of celebs and contestants.

The format of the show is pretty interesting and has remained almost the same since it first started airing in 1973. The entire game is divided into two parts — the main game, and the special round for winners called the Winners’ Circle.

There is a gameboard shaped like a pyramid with six different categories on it. The objective for a team is for one member to be able to correctly guess what the category is by listening to the clues given by the other member. While giving the clues, the participant has to keep in mind that he/she cannot say any word that is a derivative of what is actually there in the category. For example, if the word to be guessed is “heights”, one cannot say something like “it is so high”.

After a team has won the main round, they participate in another category called the Winner’s Circle. Here, non-verbal clues are forbidden and even the hands of the participants are tied up so that they cannot use them in any way while giving clues. The rules have had certain modifications since the show first premiered, but the basic structure remains the same.

The entire process of figuring out the actual answer, of course, happens within a certain time-frame, and if the time for giving a particular answer passes, the contestant has to move on. Since 2002, the game allows the contestant to return to a specific clue if they have managed to save time on the other answers and have kept a certain time aside for the unidentified category.

It is one of the most influential game shows in television history. It comes second only to ‘Jeopardy!’ in terms of the number of Emmys won by an award show. While ‘Jeopardy!’ has won 13, ‘The $100,000 Pyramid’ is not far behind with 9 Emmys of its own.

The show has continued to remain popular. Thus, we were not surprised when we learned that ABC has given a go-ahead for the series to run for another season. We do not have a release date yet. But we do know that it forms a part of ABC’s summertime game schedule and has followed a fairly regular schedule of debuting every June annually. So, if things fall in place, you can expect ‘The $100,000 Pyramid’ season 5 to release sometime in June 2020.

ABC has not released any trailer for ‘The $100,000 Pyramid’ season 5, but you can head over to the show’s official website to check out additional clips or watch all the previous seasons from the show.