12 Dates of Christmas: Everything We Know 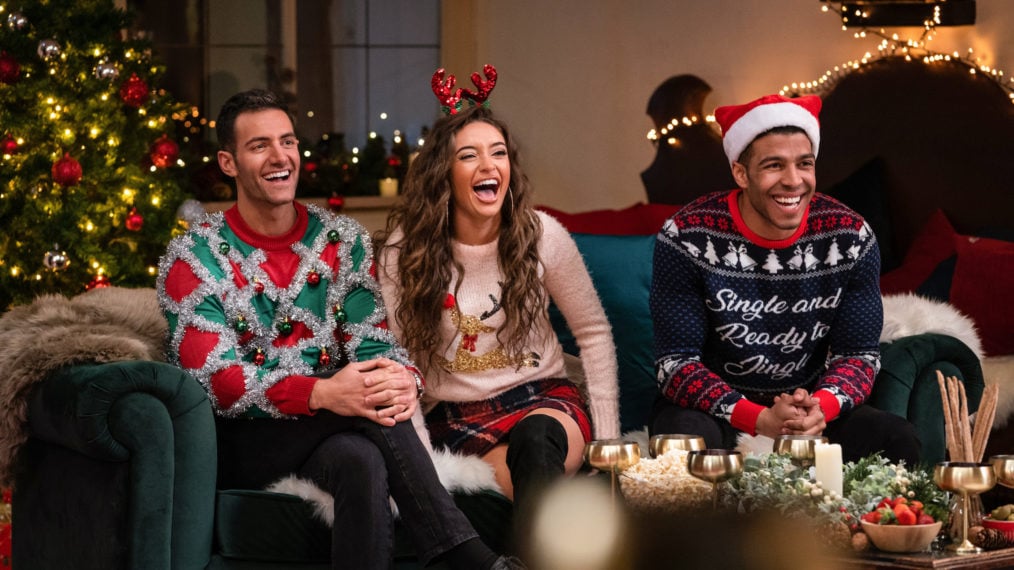 A socially distanced year and an equally bland holiday season – or is it? Well, HBO Max has decided to spice up our boredom by giving us a chance to spy on some wintery romance! It has greenlit ’12 Dates of Christmas’, a reality dating show that follows three singles on their search for true love! What’s more? At the end of their journey, they also need to introduce their chosen partners to their respective families!

Quite the unscripted rom-com, right? Well, at the stroke of midnight on New Year’s Eve, the stars need to decide if their relationship stands a chance or it’s better to call it quits. Cinderella, anyone? No doubt, HBO Max has definitely got us excited about this reality series. Let’s now dive a bit more into the details of the release schedule and cast of ’12 Dates of Christmas!’

12 Dates of Christmas Cast: Who is in it?

The holiday-themed dating series features three hopeless romantics as its central reality stars: Chad Savage, Christian Faith Fernandez, and Garrett Marcantel. Chad is a graduate of Virginia Tech and holds a degree in marketing. Currently based in New York City, Chad is employed as a salesman for family collegiate wholesale supplier Savage Promotions, Inc. Faith is a former Seattle Seahawks cheerleader and is now a resident of LA. She also owns a fashion line called, There She Is. Faith.

Garrett is a real estate professional, working in Douglas Elliman, Los Angeles. He loves traveling and helps people search for homes in Beverly Hills. He has previously worked as a ranger in Yellowstone National Park. ’12 Dates of Christmas’ has crossed boundaries by featuring a racially and sexually diverse cast. Natasha Rothwell of ‘Insecure’ fame serves as the narrator of the eight-episode first season.

What is 12 Dates of Christmas About?

Set in a picturesque castle in Austria, ’12 Dates of Christmas’ follows its lead singles, Garrett, Faith, and Chad, as they embark on a search for their special someone. Inside the fairytale-themed mansion, the trio is faced with a host of dating options. Among the people who serve as potential dating partners, we have surprise appearances from strangers as well as ex-flames. Of course, there are a lot of tears and emotions!

Amidst the love hunt, Faith, Chad, and Garrett also enjoy activities such as skiing, hot-tub hangouts, ugly sweater parties, and a masquerade ball. The show follows an elimination format, with the last-remaining finalists leaving the castle to accompany their partners (as they head home for the holidays). The stars evaluate how their new companions gel in with their families. Finally, at the stroke of midnight on New Year’s eve, Chad, Garrett, and Faith need to make a decision – is it better to commit or walk away forever?

Read More: Where Is 12 Dates of Christmas Filmed?