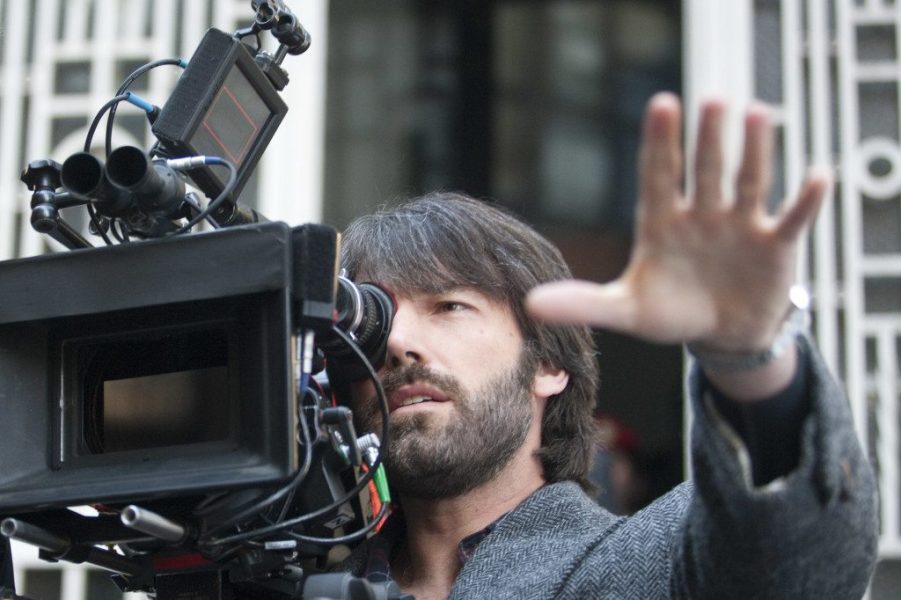 So much attention is paid when an acting performance is snubbed for an Oscar nomination but what happens when the prime creative force if a film, the director is left off the list of nominees…mayhem. In fact, being snubbed in 2012 for Best Director very likely led Ben Affleck to the Best Picture Oscar for Argo (2012) as people felt bad for him, and swung the votes his way, earning him Best Picture.

When Steven Spielberg was snubbed for The Color Purple (1985) as he should have been, he managed to win the coveted DGA Award as Best Director, believing the Guild was making a statement in his favor ! He had been previously snubbed for a better film, Jaws (1975) but no such honor came with that masterpiece.

It happens in the Best Director category too, people get snubbed or left out. Here are some of the very best achievements in directing that deserved Oscar nominations that did not happen. Crazier yet….some of them were nominated for Best Picture…

1. CHARLES CHAPLIN, CITY LIGHTS (1931): His silent masterpiece was the most powerful, and funniest film of his extraordinary career. Chaplin gave his finest performance and did the finest directing of his long career. Was there ever an actor who understood what he did better than he, or a filmmaker who knew his limitations as he did….if he actually had any….

2. ORSON WELLES, THE MAGNIFICENT AMBERSONS (1942): He lost the Oscar the year previous for Citizen Kane (1941) for which he should have won, but there are academics who believe this second film was actually a better film than Kane. I do not share that opinion but agree the direction was sublime.

3. STANLEY DONEN AND GENE KELLY, SINGIN’ IN THE RAIN (1952): Said to be the greatest Hollywood musical ever made, the film was not even nominated for Best Picture, and the directors were snubbed for their achievements. The energy of the film is infectious, and the actors were clearly having a blast.

4. JOHN FORD, THE SEARCHERS (1956): Six time Oscar winner John Ford (four of those for Best Director) never won Best Director for the genre he was best known, the American western. His best, the savage and merciless The Searchers (1956) was the angriest film of his career with a raging John Wayne performance that was the finest of his career. Not a single nomination…shameful.

5. CECIL B. DEMILLE, THE TEN COMMANDMENTS (1956): OK it is not a great film, but it is a great directorial achievement when one considers Demille was nearly eighty, on location in Egypt, working with tens of thousands of extras and guiding a young Charlton Heston to one of his best performances as Moses. Awe inspiring when you see the Exodus sequence, the corny script hurts, but the old man could put on a helluva show.

6. STEVEN SPIELBERG, JAWS (1975): Jaws dropped (sorry, could not resist) when the whiz kid young director was snubbed for Best Director, including the jaw of Mr. Spielberg, who fully expected a nomination. A directors film all the way it was a case of Hollywood being angry the kid made so much money so soon in his career. Superbly directed, he should have been there….how is it the DGA got it and the Academy did not.

7. MARTIN SCORSESE, TAXI DRIVER (1976): Again a Best Picture nominee, winner of Best Film at Cannes, yet no nomination for Best Director for Scorsese who plunged his audience in the hell of New York at night time. Nearly perfect, he should have been among the nominees. His film made Travis (De Niro) a time bomb ticking away until his explosion which results in carnage and blood and utter madness…and dark irony.

8. WOODY ALLEN, MANHATTAN (1979): A comedic masterpiece that the Academy criminally under appreciated with just two nominations. Allen deserved one for Best Director, and the film was robbed of a Best Picture nod. He balances the comic elements of the perfectly with the dramatic elements to give us a slice of life that asks us to have a little faith in people….

9. PHILLIP KAUFMANN, THE RIGHT STUFF (1983): A jaunty, soaring, exciting epic about the Mercury space program with a superb cast, stunning visual effects, and non stop action that allows the three-hour film to breeze by. Kaufmann merges comedy with heartfelt drama, sentimentality and tragedy to give us a great American film. How did they miss Kaufmann for Best Director when again it is clearly a directors film.

10. PENNY MARSHALL, AWAKENINGS (1990): Women have never gotten a fair shake from the Academy if they are a director, and Marshall was no exception. She brilliantly guided Robin Williams and Robert De Niro to award-winning performances in this haunting film and should have been among the final five…her film was. She should have been nominated again for A League of Their Own (1992) and again, they blew it.

11. BARBRA STREISAND, THE PRINCE OF TIDES (1991): Snubbed for Yentl (1983) which I understood, The Prince of Tides (1991) is nominated for seven Academy Awards including Best Picture but no Streisand. I am not a fan, but she deserved to be there for this film. Though it must have been a stunt, but I loved that she presented Best Director to Kathryn Bigelow for The Hurt Locker (2009), the first woman to win Best Director and about time.

12. RON HOWARD, APOLLO 13 (1995): Nine nominations and none for Best Director. The man who managed to squeeze tension out of a film to which we all knew the ending, was ignored though like Spielberg before him he won the DGA (deservedly so). Howard understood every facet of the film and made a movie masterpiece that was also wildly entertaining.

13. CHRISTOPHER NOLAN, THE DARK KNIGHT (2008): Nolan made the comic book art with this stunning film, the second in his Dark Knight trilogy, and by far the very best comic book adaptation ever made. Heath Ledger is astounding as the Joker, his director allowing him to create, allowing him to do what he did best.

14. BEN AFFLECK, ARGO (2012): In many ways being snubbed for Best Director after winning the DGA actually helped Afflecks film Argo (2012) win Best Picture. He was expected to be nominated and was not, and the fact he was not stunned the industry, so it seemed the film came from nowhere to take Best Picture over formidable competition.

15. KATHRYN BIGELOW, ZERO DARK THIRTY (2012): She surpasses her work on The Hurt Locker (2009) for which she won an Oscar and the DGA, but instead of honoring her as they should (the DGA did) they snub her. The controversy surrounding the film was obviously too much for the Academy….they blew it.