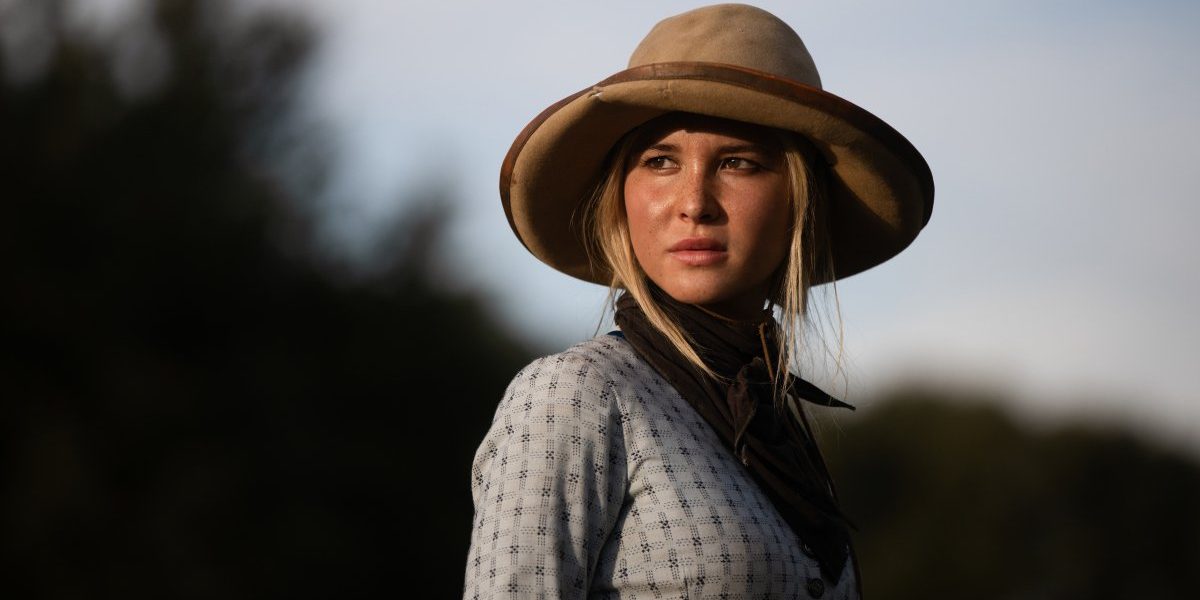 The characters in ‘1883‘ are on an arduous journey, and their road gets much harder in the third episode. The beautiful cinematography and backdrops of the episode are juxtaposed against the harsh realities of life in the 19th century. Already plagued by constant death and dealing with dangers, the caravan is forced to halt after reaching an impasse.

As the cowboys try to decide their next step, Shea and James end up in a spat. It looks like their partnership will end until an agreement is reached and the journey continues. However, as we anticipate the next episode’s release, we are certain that the challenges in the path of James, Shea, and the others will only get more difficult. If you are wondering about what the future holds for the Duttons and their companions, here’s everything you need to know about ‘1883’ episode 4!

‘1883’ episode 4 will premiere on January 9, 2022, at 3 am ET on Paramount+. The show is taking a break on January 2, 2022. The debut season of the series reportedly comprises ten episodes with a runtime of 45-60 minutes each. Fresh episodes of the show will be released on the streaming service every week on Sundays.

To watch the fourth episode of ‘1883’, you can head to Paramount+. Subscribers of the service will be able to stream the new episode from the date and time specified above. The fourth episode will also become available on Amazon Prime Video to folks who have added the Paramount+ add-on to their package. The series is an exclusive offering from Paramount+, and episodes of the show will not be available on VOD services.

In episode 4 of ‘1883,’ we will follow up with James and his family as they travel at the back of the caravan. The situation is ideal for James as he does not wish to endanger his family. Meanwhile, Shea and Thomas are leading the caravan, and they will have to face any problems that arise head-on. The caravan is heading towards the west and is expected to arrive in Brazos County, Texas. In their new surroundings, the group of travelers will have to be mindful of the bandits lurking in the shadows and watchful of their already scarce resources.

Meanwhile, Elsa and Ennis are likely to continue flirting with one another, but situations in the camp might force them to reconsider their feelings. On the other hand, Shea might warm up to Noemi and her children while teaching them how to survive. The caravan might also come under attack by the men Shea stranded for stealing. Shea has also taken up the responsibility of policing the immigrants, and it will be interesting to see how he handles the conflicts within the group.