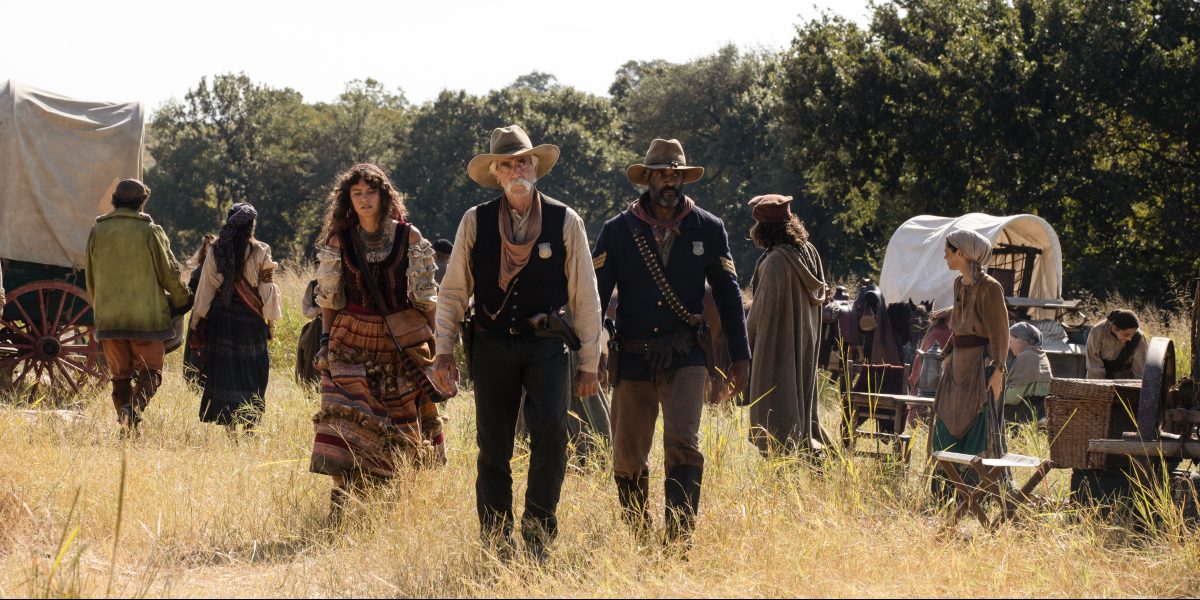 ‘1883’ reaches the midpoint in its first season with an action-packed and emotional episode that brings with it some game-changing moments. In the fifth episode, Shea Brennan leads the caravan further north, but the travelers grow weary of the journey. The group is running out of supplies, and their problems will only increase as they inch closer to a town overrun by bandits. Elsewhere, Elsa and Ennis continue growing more intimate, and Margaret becomes unhappy when Elsa crosses her boundaries.

A real sense of urgency emerges when a group of bandits is revealed to be keeping tabs on the caravan. Shea, Thomas, James, and Wade decide to take on the bandits, and an enthralling gunfight ensues. In its wake, a tragedy takes place that will forever change Elsa. The episode’s emotionally touching climax will certainly make viewers itch for more episodes of the show. Like us, if you are also impatiently waiting for the next episode, here are all the details you need to know about ‘1883’ episode 6!

‘1883’ episode 6 is slated to premiere on January 30, 2022, at 3 am ET on Paramount+. The series will be taking a short hiatus, and no new episode will be released next week. The Western drama’s first season is expected to comprise ten episodes with a running time of 45-60 minutes each. Fresh episodes of the show arrive on the streaming service on Sundays.

To watch the sixth episode of ‘1883,’ you will need a subscription to Paramount+. The latest episode will also become available to subscribers from the date and time given above. Folks with a subscription to Amazon Prime Video can also stream the latest episode by adding Paramount+ to your existing package. The series is an exclusive offering from Paramount+, and episodes of the show aren’t available on any VOD services.

Episode 6 of ‘1883’ will see James, Shea, Thomas, and the rest of the caravan recovering from their skirmish with the bandits. The travelers are likely to give Ennis a farewell after his tragic demise in the previous episode. Ennis’ death will undoubtedly have a profound impact on Elsa’s mind. Therefore, we could see some changes in her personality as the usually optimistic Elsa begins to understand the cruelty of life and the hardships of the road she is on.

Elsewhere, the camp could face another challenge as their resources are quickly running out. The group will have to use their supplies sparingly, and traveling while dealing with starvation could lead to exhaustion. As a result, there could be more casualties within the group. With their numbers quickly decreasing, the group no longer has strength in numbers and could become more susceptible to attacks from bandits. Therefore, Shea, Thomas, and James will have to get a little creative to ensure the camp’s safety. Moreover, they will also need a replacement for Ennis, as the young cowboy’s absence will be felt when dealing with the large herd of cattle.