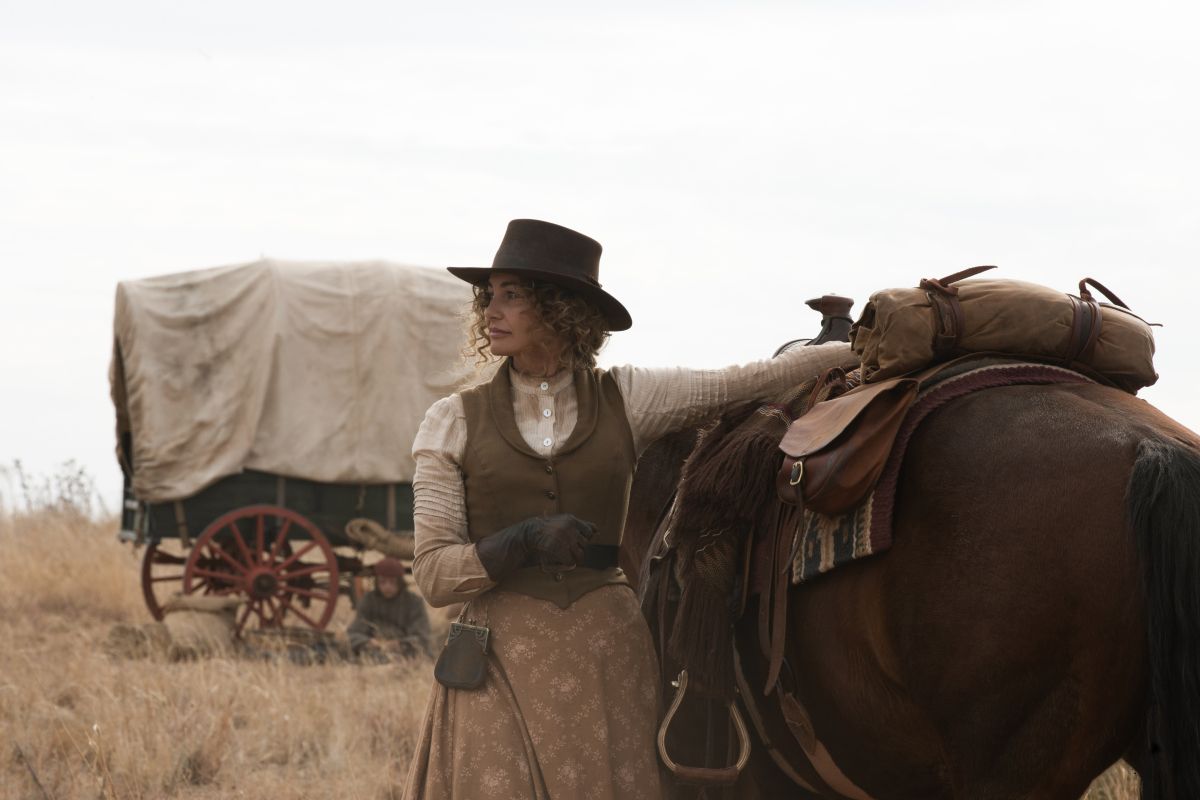 ‘1883‘ episode 6 takes the band of immigrants and cowboys to an important junction in their journey across the Great Plains. Although the group’s destination, Oregon, is still far away, they complete their short-term objective of safely reaching Doan’s Crossing. The wagon camp decides to regroup at the trading post and gathers the resources necessary for the arduous journey ahead.

The group’s primary concern is the workforce, as they are short on hands after Ennis’ death. As a result, Shea and Thomas recruit Colton and Cookie. Elsewhere, Elsa struggles to cope with Ennis’ death, and Margaret doubts the journey’s purpose. In the end, the caravan crosses the Red River and ventures beyond Texas. If you are wondering what new challenges lie in store for the wagon camp, here’s everything you need to know about ‘1883’ episode 7!

‘1883’ episode 7 is expected to release on February 6, 2022, at 3 am ET on Paramount+. The Western drama’s debut season reportedly contains ten episodes. Each episode has a running time of 45-60 minutes each. New episodes of the show premiere on the platforms weekly on Sundays.

To watch ‘1883’ episode 7, head to Paramount+. Subscribers of the service will be able to stream the latest episode from the date and time stated above. You can also watch the seventh episode with a subscription to Amazon Prime Video, provided that you have added Paramount+ to your existing package. The series is a Paramount+ Original, and episodes of the show aren’t available outside the service.

The seventh episode of ‘1883’ will see the caravan venturing outside Texas for the first time. The group will face exhaustion after crossing the Red River but must keep moving forward due to the dangers in the new land. The group’s next goal is likely to be reaching Kansas before winter. However, that won’t be an easy task given that they will be making their way through Native American territory. As a result, a conflict with the Native Americans seems inevitable. Therefore, it will be interesting to see how Shea and James decide to tackle the situation.

Meanwhile, Elsa might get close to Colton as the new cowboy begins to make an impact on the young woman and the wagon camp. On the other hand, Elsa might also find herself caught up in Ennis’ memories. The group’s hunger issues will likely be resolved due to Cookie’s arrival. However, due to the newly appointed cook’s vast terms and conditions, more issues could arise in the camp. Thomas and Noemi are growing closer, but their budding romance might get derailed due to the harsh realities of life.