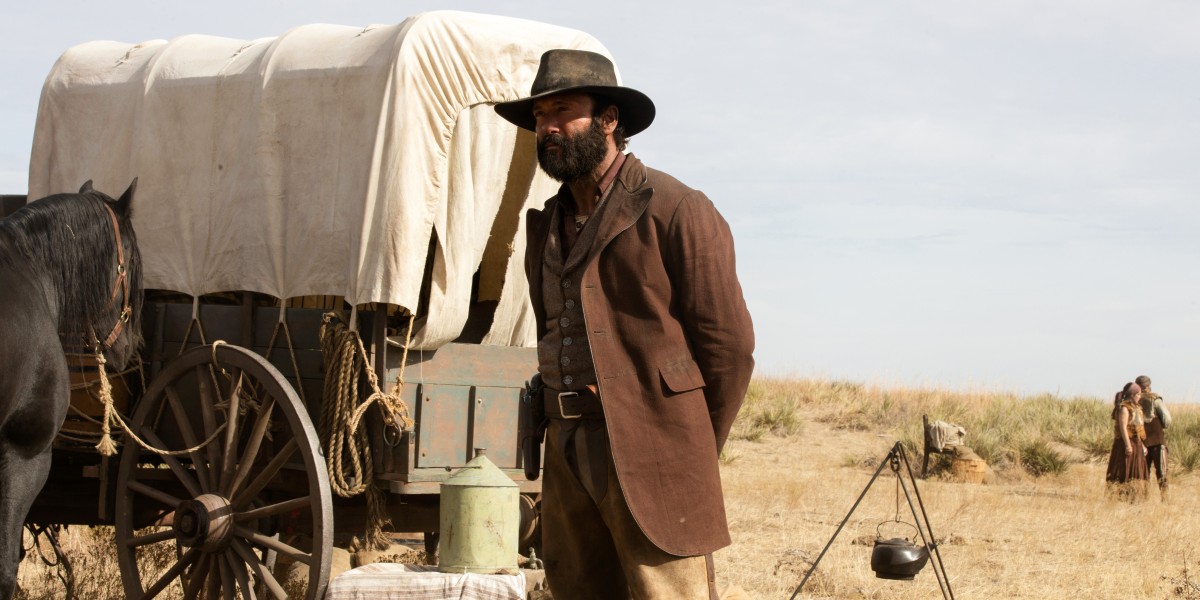 ‘1883‘ episode 7 is one of the show’s most brutal and visually engrossing episodes to date. It follows the caravan as they travel through a Native American territory. However, as usual, challenges are ever-present in the group’s path. In the process, viewers get a raw and visceral portrayal of the American Wild West. The episode’s narrative boldly handles three age-old conflicts of storytelling, Man vs. Nature, Man vs. Man, and Man vs. Self, all in a single enthralling episode that utilizes every bit of character development we have seen in the episodes thus far.

In the end, the group survives a near-fatal tornado and reclaims their cattle from a group of thieves. While the likes of Shea, Thomas, and James live to fight another day, an air of uncertainty wraps their difficult road ahead. Therefore, viewers must be excited to catch the new entry of this American westward journey. While you wait for the new episode, allow us to share everything we know about ‘1883’ episode 8!

‘1883’ episode 8 will premiere on February 13, 2022, at 3 am ET on Paramount+. The first season is expected to consist of ten episodes. Episodes of the Western drama have a running time of 45-60 minutes each. Fresh episodes of the series drop on the streaming service weekly every Sunday.

‘1883’ episode 8 will land on Paramount+. To watch the eighth episode, subscribers of the service can head here. The latest episode will become available from the date and time stated above. You can also opt to stream the new episode on Amazon Prime Video by adding Paramount+ to your existing package. The series is an exclusive offering from Paramount+, and episodes of the show aren’t available on any other streaming services or VOD platforms.

Episode 8 of ‘1883’ will see the caravan hitting the road once again and trying to cover as much ground as possible before another natural calamity strikes them. While nature has favored the wagoners so far, their recent brush with a tornado has likely left the campers’ morale very low. With no wagons to ease their journey, the group will have to become a bit creative to move swiftly in a land overrun by the bandits. Motivating the immigrants will be a difficult task, but Josef might take the responsibility on his shoulders.

Thomas, James, and Shea’s recent skirmish with the cattle thieves proves that the group can no longer continue fighting such threats head-on. Therefore, we could see the cowboys resorting to some guerilla tactics in the future. Charles Goodnight, Sam, and a few other Comanche warriors could help the group navigate the dangers in the Native American territory. However, regions like Kansas, Colorado, and Wyoming will prove to be challenging to maneuver. Therefore, the campers will have to start planning a strategy to ensure their safety on the road.