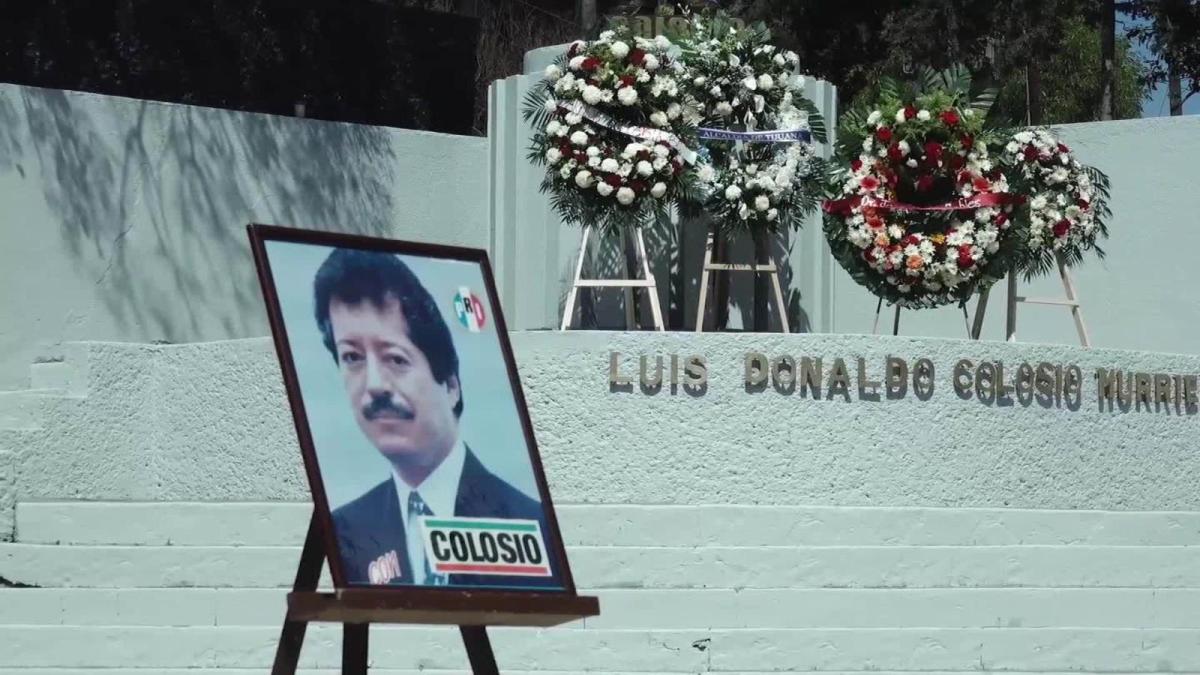 Mexican politics has long been marred by the shadow of corruption and violence. One can get the idea about the influence of drug cartels and criminals on Mexico’s on watching shows like ‘Narcos: Mexico‘ by Netflix. Now moving on from dramatized action to documentary series, Netflix’s 5-episode series, ‘1994’, takes a hard look at the politics of Mexico in that year and the Institutional Revolutionary Party’s presidential candidate Luis Donaldo Colosio’s assassination. The series is produced by VICE Studios Latin America and directed by Enrique Osorno.

There is no particular cast for the series. It is almost entirely based on archival footage and interviews of political analysists and law enforcement officials who closely followed the events depicted in the series. Testimonies of people who were involved in some of the major events of 1994 in Mexico, like Carlos Salinas de Gortari, Raul Salinas de Gortari, Luis Donaldo Colosio Riojas, Alfonso Durazo, Marcelo Ebrard, Othón Cortez are also present in the show.

Moreover, interviews of prosecutors involved in the court case post the murder of Colosio are also there in the show along with that of Subcomandante Galeano (Marcos), who is one of the leaders of Zapatista Army of National Liberation. Viewers get to see the revolutionary leader’s first on-camera interview in this series since 2006. There is also an interview of the former Mexican president Carlos Salinas de Gortari.

What this documentary series wishes to cover is some landmark episodes and periods from Mexico’s political landscape in 1994. This documentary brings to the fore why 1994 is a very important year in the country’s modern history. The series begins with focusing on the assassination of Institutional Revolutionary Party’s presidential candidate Luis Donaldo Colosio. It then moves on to the time when the Zapatista Army of National Liberation announced their presence to the country. The declaration which EZLN gave was one of a war against the Mexican government. This was done after the government signed the North American Free Trade Agreement. The EZLN interpreted this decision of the government as one which clearly shows their siding and allegiance to the imperialist and capitalist force that is the United States of America.

Further, the series documents the end of the rule of Carlos Salinas de Gortari and the huge economic crisis now known as the Mexican peso crisis or the ‘The error of December’. In 1994, the Mexican government made a decision to devalue the Mexican peso against the American dollar. This decision severely affected the Mexican economy. The entire fiasco happened during the rule of president Ernesto Zedillo.

This is what the director Diego Enrique Osorno said regarding the series, “For almost two years we were able to document this story, which marked a dramatic impact on my entire generation, with full creative and editorial freedom. The objective is that the viewer can directly know the fundamental and contradictory testimonies and then have their own and informed opinion. For those of us who participated in this project, 1994 was also a trip to the immediate past where some keys of the present and others of the future of our country are enclosed”.

1994 Season 2 Release Date: When will it premiere?

As far as the next season goes, we don’t have an official announcement yet. Though since the show is a limited series, chances of its renewal is slim. Our best guess is that in the unlikely scenario of the show getting renewed, 1994 season 2 release date could be sometime in 2020 or 2021. We will update this section as soon as we learn more.

While we wait for any positive news on 1994 season 2 , check out the season 1 trailer to refresh your memories. If you haven’t seen the show yet, head over to Netflix to catch all the episodes of the previous season.