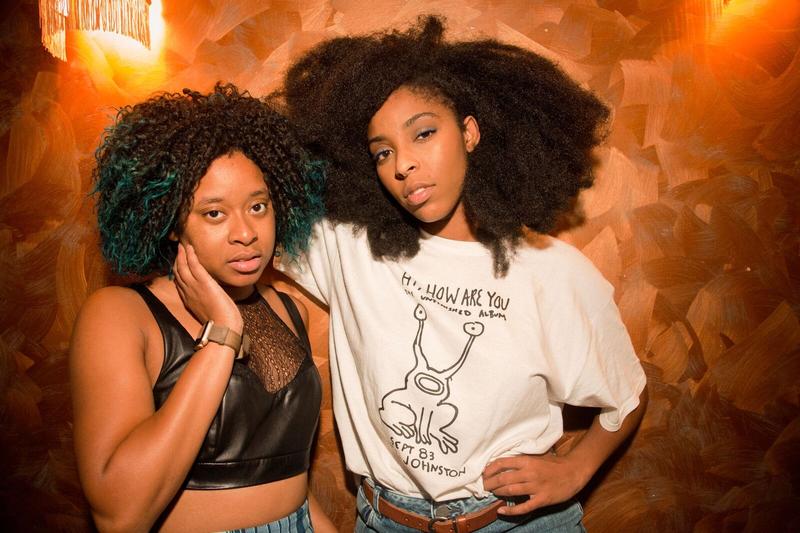 ‘2 Dope Queens’ is an American comedy podcast hosted by Jessica Williams and Phoebe Robinson, Produced by WNYC Studios (which is their first podcast), the podcast features female comedians, comedians from the LGBT community and comedians of color who represent people coming from different backgrounds. The list of guests included in the podcast is Jon Hamm who is most famous for his role in ‘Mad Men’, LeVar Burton, Nick Kroll, Naomi Ekperigin, Aparna Nancherla, Nore Davis, Michelle Buteau, and Marc Maron. On April 4, 2016, the podcast debuted, and it was number one on iTunes podcast charts for the first seven days following its launch.

Critics too had mainly positive reviews on the show. “We rarely see hosting partnerships that are true partnerships. The late-night talk format could use some shaking up, and the best way to shake it up on a more regular basis might be to send in the Queens,” said one reviewer on Rotten Tomatoes. “Jessica Williams and Phoebe Robinson are undoubtedly two of the most interesting, compelling voices in the industry at the moment, and giving them an on-camera platform is the best move HBO could have made,” said another. One other critic remarked, “Ms. Williams and Ms. Robinson share an obvious comfort with each other and confidence in their ability as performers. As a result, the show feels both spontaneous and polished like a ruby”.

The popularity of the show led to a spin-off. ‘Sooo Many White Guys’, the first spin-off of ‘2 Dope Queens’ debuted On June 27, 2016, which was produced by Ilana Glazer and hosted by Phoebe Robinson. Following a format akin to ‘2 Dope Queens’, this podcast too raised issues of race as well as feminism, while keeping the overtones comical. Among the guests on the spin-off podcast was, Gina Rodriguez who is best known for her role in ‘Jane the Virgin‘, and Hasan Minaj, who has since then gone on to become a very popular comedian who has his own show called ‘Patriot Act with Hasan Minaj‘ on Netflix.

The star cast of the show includes Jessica Williams and Phoebe Robinson, who are the hosts of the show, Michelle Buteau, Stephen Lin, Aparna Nancherla, Jon Stewart who is famous for hosting ‘The Daily Show’, Sarah Jessica Parker who is best known for her role in ‘Sex and the City‘, Rhea Butcher, Baron Vaughn, Mark Normand, Sheng Wang, Jackie Kashian and Gary Gulman. We have also seen stars like Daniel Radcliffe who is famous for playing Harry Potter, Lupita Nyong’o who shot to fame for ‘Black Panther’, Janet Mock and Lizzo, and Keegan-Michael Key of ‘Key & Peele’ appear on the show. However, the peak must have come in the finale of Season 2 as our hosts got the ultimate queen, former First Lady, Michelle Obama on their show. While the hosts have claimed that Season 2 marks the end of the show if Season 3 does take place, Williams and Robinson will be reprising their roles as the hosts while they bring in more guest stars to light up their already popular show.

2 Dope Queens Plot: What’s it about?

‘2 Dope Queens’ is a show that is taped live at the Kings Theatre in Brooklyn, N.Y. To give a bit more context about this show, it stems from ‘Blaria LIVE!’ which is a monthly stand up show hosted by Phoebe Robinson and Jessica Williams in Brooklyn. The name of this show has been inspired by a blog of the same name that is run by Robinson. ‘Blaria LIVE!’ started the idea of bringing together comedians from diverse backgrounds from all over the USA. Understandably, ‘2 Dope Queens’ carries on the same tradition. While the live show of ‘2 Dope Queens’ runs to about 2 hours, the podcast episodes are brought down to an hour. There are three guest comedians who appear in each episode and various issues like race, sex and gender are discussed on the show along with lesser serious topics.

What is best about the series is that the hosts are both hilarious and socially aware. In an age where humor is often used to hurt and mock others, ‘2 Dope Queens’ takes the high route of using humor to point out socially relevant issues. The theme of the episodes varies each time since they want their guests to have a subjective experience on the show. However, the best part of the show has to stem from the fact that people of diverse backgrounds, and dare we say, socially marginalized backgrounds, are given a chance to express themselves through humor. Not only is this humor different from the mainstream humor that we are accustomed to hearing but it also serves to often point flaws in mainstream humor and how it enforces stereotypes and ends up hurting certain sections of the society. ‘2 Dope Queens’ proves that there is no reason one cannot be funny and compassionate and inclusive at the same time.

2 Dope Queens Season 3 Release Date: When will it premiere?

Season 2 of Dope Queens premiered on 8 February, 2019. At the end of the second season, reports emerged that it could be end of the road for 2 Dope Queens. However, if Season 3 of 2 Dope Queens does take place, there is a good chance that it can release in early 2020 since the first two seasons came out within a year of each other.

You can watch the trailer for Season 2 of ‘2 Dope Queens’ below.