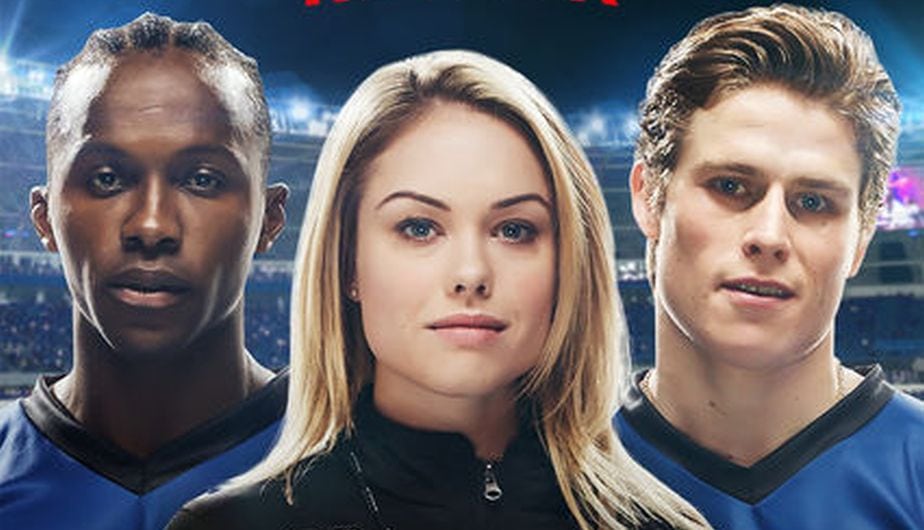 ’21 Thunder’ is a Canadian sports-based drama TV show. The popular streaming site Netflix was the one to air it worldwide; whereas in Canada, it was CBC television that began to air it on July 31, 2017. This series was created by Adrian Wills, Riley Adams, and Kenneth Hirsch. The show filmed in Montreal throughout and is backed by PMA Productions and Generic Productions.

The series is primarily based on the star players of an under-21 soccer academy in Montreal called the Montreal Thunder soccer team. The creators of the show had for a short while also considered focusing the TV series on another sport like hockey or basketball, but they finally came to a conclusion and decided to go for soccer as the Canadians can easily relate to this sport. They even said, that when you think of soccer, you realize the diversity in the cultural background of the people who come together to play and how each player belongs to a different segment of society.

Overall, ’21 Thunder’ has received mostly positive reviews, with everyone praising its stance on diversity and how it packs melodrama, and relations off the soccer field, effortlessly, thus making it enjoyable even to casual fans of the sport.The show has also received praise for its treatment of women characters, who are said to have an edge, despite soccer itself being a male-centric sport on the show.

The cast of ’21 Thunder’ consists of many characters that are important to the storyline. New female assistant coach, Christy Cook is played by Stephanie Bennett. Junior Lobo is played by Emmanuel Kabongo, who is a young talented player and is made to sign into the Montreal Thunder, leaving the Ivory Coast behind. RJ Fetherstonhaugh plays the role of Nolan Gallard, who is the core of the team and is said to be the best. His criminal father is Declan Gallard played by Colm Feore who is sitting in jail. Other casts consist of  Ryan Pierce (as  Davey Gunn), Jonathan Kim (as James Tran) and Andres Joseph as Alex el Haddadi.

Hopefully, in the upcoming season, we will see new stars join the team as they try to make it to the professional leagues. Ultimately, we will be in for even more drama and rivalry as the characters battle it out in one of the biggest sports on the planet.

21 Thunder Plot: What is it about?

Soccer is a highly competitive sport wherein the competition is intense like no other. ’21 Thunder’ is about a team of soccer players, who want to go pro. The show is about how the players of the fictional Montreal Thunder soccer team battle it out to see who will make it to the pros and who won’t. The show highlights how the star players, who are talented are chosen, but at the same time, the show even takes us to a darker place where the same athletes with promising careers can get derailed from their main focus. This show involves not only soccer and the grind but also involves love, crime, and sex which goes hand in hand with the athletic glory. ’21 Thunder’ is about a team of players and their coaches who come together as a family in the gush of life as they are one step away from the pros. The opening of the show is focused on a young but talented player called Junior Lobo, who is persuaded to join the Montreal Thunder and leaving the Ivory Coast behind. He demands that with him, his brother comes too. That is his condition.

If you’re a soccer fan or even a sports fan, this show is for you. It throws light on the lives of sportsmen on and off the field and even highlights the drama about sports. It is incredibly gripping and action-packed; one will find themselves deeply engaged in the various aspects it features. Not only does the show explore the players’ mentalities on the field, but off it as well. Mounting pressure to make it big affects their actions and relationships. Soccer can be extremely unforgiving at a competitive level and ’21 Thunder’ shows exactly that. The coaches and players all have their egos clashing in what is evidently a dog eat dog stage of the game. What really stands out is that the show does not glamorize the lives of players who are going to be pros. Rather it focuses on the hard work and hours of practice that goes it to get the shot to make it big.

The series deals more with the sacrifices made on the path to ultimate glory, rather than showing only the glory itself. It is easy to lose focus and literally and metaphorically take your eyes off the goal, and the characters who do that are inevitably doomed to go nowhere in their careers. There is a saying that soccer is more than a sport, it is an emotion, and this series captures that sentiment beautifully. The players exude passion at all times, and this passion often lands them into trouble as they think with their hearts rather than their heads when it comes to the game itself.

Hopefully, the upcoming season will see the arrival of new players who will bring with them their own sets of problems and rivalries as they try to make it in the professional leagues as well. One thing we can be sure of is that viewers will be in for a lot more drama and action because soccer or football delivers just that. ’21 Thunder’ resonates with the simple but effective line uttered by legendary Manchester United manager, Sir Alex Ferguson, who simply said, “Football, bloody hell!

21 Thunder Season 2 Release Date: When will it premiere?

’21 Thunder’ Season 1 aired on July 31, 2017. We are at a stage where we are not sure if the series will be renewed or not and if so, when. No official cancellation has been announced either, either by Netflix nor by CBC. If a Season 2 does arrive one might expect it to release sometime in the next two years, probably in late 2020, or 2021.

Watch the official trailer from season 1 below to get a better idea of what the show is about.