When Does 3% Season 4 Premiere? 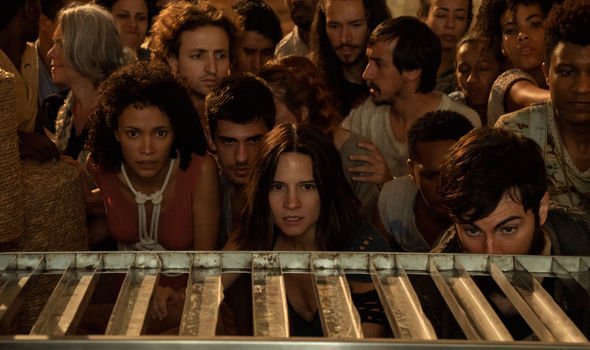 Netflix’s first Portuguese-language original, ‘3%’ is a teen-centric dystopian thriller, created by Pedro Aguilera. It focuses on characters with complex backstories and convoluted personalities, thereby, separating itself from its other counterparts. The character-driven show follows a bunch of youngsters, residing in an impoverished ‘Inland’, sometime in the distant future. In order to qualify to move to the affluent ‘Offshore’, they need to partake in ‘The Process’, where only 3% of the lot can succeed.

Over its last three seasons, ‘3%’ has progressed to become a show that focuses more on class divisions. And with its third installment opening to an overwhelming response, here is when the fourth edition will drop on the streamer.

‘3%’ season 3 premiered on June 7, 2019, on Netflix, in all its entirety of eight episodes. Soon after, in August 2019, the show was renewed for its next outing. Director Dani Libardi confirmed the news via Instagram, saying: “I am very happy and proud to be able to tell the end of this story! It has been a beautiful journey ❤”.

Season 4 also happens to be the last installment from the series. ‘3%’ season 4 is slated to release on August 14, 2020, only on Netflix!

‘3%’ comprises an ensemble cast, with many of the stars being shuffled across the seasons. The current lead roster consists of the following actors, who are all expected to appear in season 4. We have Bianca Comparato as Michele Santana (a savvy girl with a strong sense of justice) and Rodolfo Valente as Rafael Moreira (who believes that success must be achieved, no matter the means or cost). Vaneza Oliveira plays Joana Coelho (an intelligent, talented orphan) while Rafael Lozano essays the role of Marco Álvares.

Rounding off the main cast is Fernando Rubro as Xavier, Cynthia Senek as Glória, Thais Lago as Elisa, Amanda Magalhães as Natalia, Laila Garin as Marcela Álvares, Bruno Fagundes as André Santana, and Léo Belmonte as Arthur Moreira. Apart from the aforementioned lead stars, we expect some new additions in the upcoming edition.

Season 3 ends with the Division taking over the Council and declaring: “now it’s war”. Hearing this, Marco, Rafael, Xavier, Gloria, Elisa, Michele, Natalia, and Joana discuss a defense plan. The team eventually decides that they should be the first ones to attack. They aim to destroy the Offshore with an EMP — following the footsteps of the Founding Couple when they had first landed on the Continent.

As you can see, season 4 will showcase the aftermath of the events that have culminated over the last three seasons. It is an all-out war! But who will survive and will the final battle bring changes in the existing social order in ‘Inland’? Watch the season to find out!