30 Coins Season 2: Everything We Know 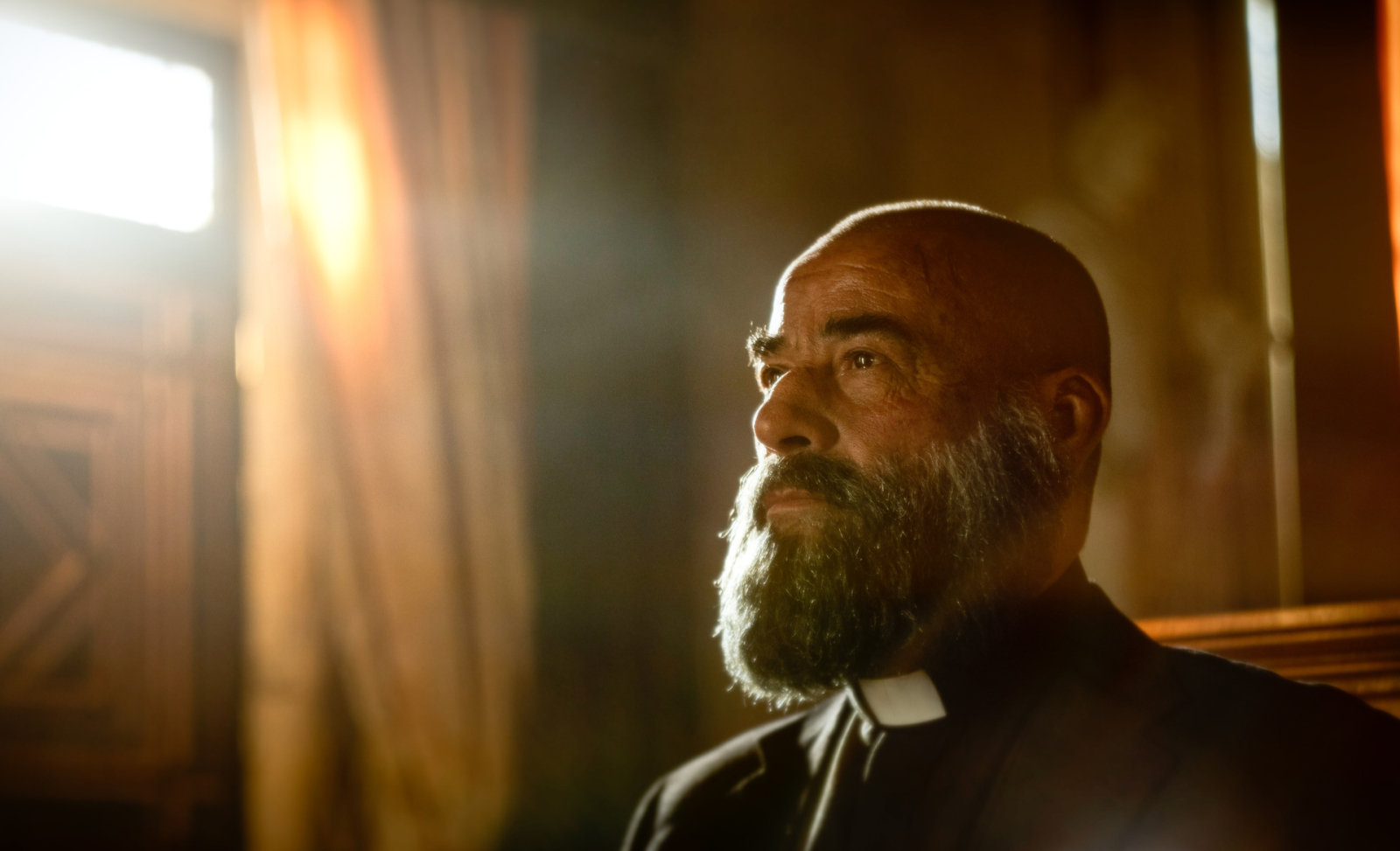 ‘30 Coins,’ originally titled ‘30 Monedas’ is a Spanish mystery horror series that follows Father Vergara, an exorcist and a former convict exiled to Pedraza. In this small town, he hopes to start afresh and move on from a troubled past. Soon, he finds himself coming face to face with sinister paranormal activities taking over the town. The exorcist must team up with the town mayor Paco and a veterinarian Elena. The mysterious ongoings seem to be related to a coin he owns, which is said to be one of the thirty pieces of silver that Judas was paid to betray Jesus.

Created by Álex de la Iglesia, the show premiered in November 2020 on HBO Europe before its US release on HBO in January 2021. The series has managed to impress the critics, especially with the performances and the taut writing. As the first season comes to an end, the fans are eager to know what’s on the horizon for the show. If you’re wondering the same thing, we’ve got you covered!

‘30 Coins’ season 1 premiered on January 4, 2021, on HBO, with the season coming to a close on February 15, 2021. Ahead of its US debut, the series was released on November 29, 2020, on HBO Europe in Spain and its other territories (Sweden, Finland, Norway, Denmark, and Portugal). The first season consists of eight episodes with a runtime of roughly 60 minutes each.

As far as the news of season 2 goes, here is what we know. HBO has not yet made an official statement regarding the renewal of the series. However, the cast members have openly expressed their interest in returning for another season if the series is renewed. Apart from Cosimo Fusco (Angelo), Miguel Ángel Silvestre (Paco) is also keen on being a part of a second season. In a conversation with Collider, Silvestre said, “Yeah, actually I’ve heard the director said that in a press conference. He said that [he has a plan for] three seasons. And I’m very happy because I mean, that’s everything.”

The actor continued, “And what I’ve heard, some of the episodes from the next season are very special. Like it takes great turns. So I’m always excited to work with Alex and HBO. It’s such a great team. They did a great job, and I would do it again.” Therefore, it is clear that another season is already brewing. If the show is renewed soon, we can expect ‘30 Coins’ season 2 to release sometime in late 2021.

Father Manuel Vergara (Eduard Fernández) works with Elena (Megan Montaner) and Paco (Miguel Ángel Silvestre) to solve the mystery that is plaguing the town of Pedraza. Merche (Macarena Gómez) is Paco’s wife who seems to have twisted intentions. Cardinal Fabio Santoro (Manolo Solo) is Father Vergara’s old friend who is not who he used to be.

Other characters in the show are Angelo (Cosimo Fusco), Sergeant Lagunas (Pepón Nieto), Antonio (Javier Bódalo), and Cardinal Lagrange (Francisco Reyes). If the show is renewed, we may see most of the actors portraying these characters again. Some new cast members may also join the show in the second season.

The first season ends on an unsatisfying note as Fabio is knocked off the balcony to the ground below, causing the 30 coins from his crown to scatter. This is enough to get the priests charging at Fabio to collect the silver coins for themselves. Elsewhere, this incident causes the barrier to break, which allows Paco and Elena to escape. We see that Merche picks up a coin for herself in all the commotion and walks off with Cardinal Lagrange. Angelo is seen sitting in front of a mirror, which also happens to be a portal. He changes his appearance before entering the portal that takes him to New York.

If there is a second season, it will address several questions. Manuel and Elena’s wellbeing remains unknown as the former is stabbed and is seen coughing up blood (even though he manages to hurt Fabio after that), while Elena had been stabbed with a pin in the neck by Merche. Although it is not clear at the end what Merche has in mind, it does seem like she will take center stage if the show returns for a second round. One of the biggest questions that may be addressed is what Angelo’s next move is going to be. With the coins scattered again, the hunt may begin once more.