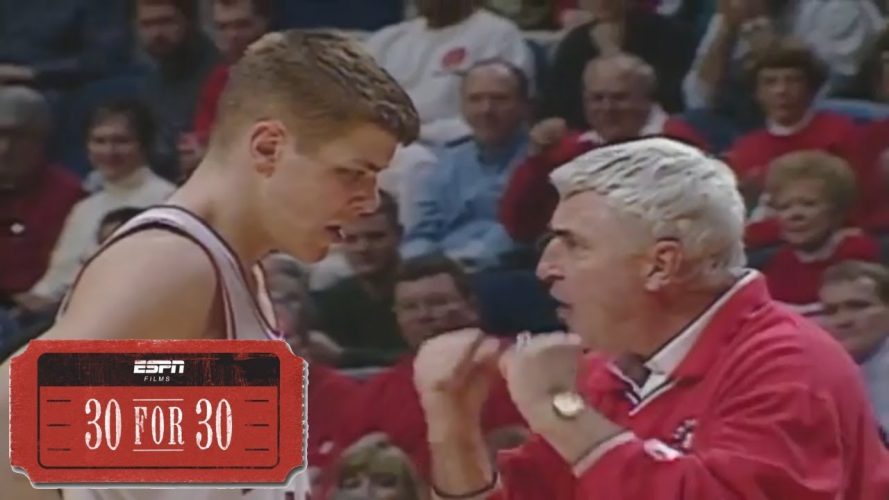 ’30 for 30′ is a series of documentary films that air on ESPN, its sister networks, and is available online highlighting events and people of interest in the history of sports. It first premiered on October 6, 2009. The series includes three volumes consisting of 30 episodes each, along with a series spanning for 13 episodes under the title ‘ESP Films Presents’, and a series of shorts titled ’30 for 30 Shorts’ that have been shown through the ESPN website. Already boasting a solid array of content, it also expanded to include ‘Soccer Stories’ that aired before the 2014 FIFA World Cup, as well as audio podcasts.

The series has been created by Bill Simmons and Connor Schell, who also act as producers, along with John Dahl. Although the series had a slow beginning, as awareness grew among fans, it quickly became a favorite series and earned critical praise as well.

The format of ’30 for 30′ has expert storytellers from inside and outside the world of sports come in and present the various parts of the series. Thus there are no fixed cast members for the series per se. However, among the people who have been on the show, are, Ice Cube, Ryan Fleck, John Dorsey, and Steve Nash, among many others.

Hopefully, in the upcoming season, we will see even more experts come forth to narrate the incidents that are shown in the series, making ’30 for 30′ as entertaining as it is informative.

’30 for 30′ is an unprecedented documentary series that has some of the finest storytellers who come from both within and without the world of sports. It began initially as a celebration of ESPN’s 30th anniversary. Over the years, the series has come to life thanks to the fascinating and eclectic collection of films that it passionately presents and the way it deals with sports and culture.

When viewed individually, these films stand out on their own and they bring the filmmaker’s vision to life. However, when the films are viewed collectively, they portray an altogether different message. We see how a sport is an integral part of our culture and how it ties in to and reflects that very aspect. What ’30 for 30′ ultimately tries to do, is to tell a story to the viewer and grab their attention. It does so by employing various sources, making use of words and images, but sticking to a particular perspective. They merely use these words and images to substantiate this point of view. While the sports universe is full of competing voices, this series offers compelling tones which stand out.

Considering the world of sports has so much to offer, the series has a lot of content to feed off on. Sports and culture have been inextricably linked ever since the conception of both. There have been several iconic moments that have set and changed the course of culture and how the sport itself is viewed as a whole. One such instance, that springs to mind, is the incredible turn made by Johan Cruyff during the 1974 World Cup finals against the tight marking Swedish defender, Jan Olsson. The turn, which completely bamboozled the defender, came to be known as the Cruyff turn.

Another such instance would be the Panenka, a form of penalty taking where the ball is given a subtle touch underneath, causing it to rise and fall in the center of the goal, thus deceiving the goalkeeper. This was invented by Antonin Panenka, a Czech player. One could go on speaking of iconic moments in sports, from the popularization of the phrase ‘The Beautiful Game’ by Pele to Diego Maradona’s controversial hand of God goal. Notably, this is just soccer, and the ESPN series covers topics from different sports.

What truly stands out in this series is how the hosts provide their perspectives on the particular sporting incident and the effect it has on our culture at large. It is not just a broader cultural study, but also a careful look at how the game itself has evolved over the years. If one were to see the evolution of soccer, once again, they would notice the strategy changing from individual play, to long balls, to an era where the game is dominated by short passes, quick counter attacks, and tough pressing off the ball. ’30 for 30′ has something to offer to sports enthusiasts, history enthusiasts, and those who are interested in cultural studies as a whole.

The best thing is that the series does not just look at iconic moments in the sport itself, but also takes a look at how the players’ lives and fan culture keeps on changing and influences the game that they are playing. For example, one episode deals with the casual drug use problem among players, while another deals with a fan’s obsession with purchasing a basketball which has a huge historical significance. Sports has always made statements about politics and culture, from time immemorial. One only needs to remember Jesse Owens, the four-time gold winner at the 1936 Olympic Games that was held in Berlin. Owens singlehandedly proved Adolf Hitler wrong and crushed his myth of Aryan supremacy by dominating the Olympics that was held in a Nazi-occupied Germany, at that time. For those interested, Owens’ victory can be seen in the 1938 film ‘Olympia’ directed by Hitler’s favorite director of Nazi propaganda movies, Leni Riefenstahl.

While ESPN’s series does not go so far back in history, it does cover more sports like basketball, baseball, and football. Viewers are bound to love the way the incidents are presented and then analyzed in the broader context of their effect on the culture at large. Hopefully, the upcoming season will continue in a similar fashion, and we will get to see more instances that stand out within the world of sports and influences our culture as a whole.

’30 for 30′ Season 4 premiered on January 31, 2019. The series releases an episode (you can also call it a film) after every few months. It is expected that it will continue releasing airing one-hour specials intermittently instead of following a set weekly schedule. The latest in the series is Rodman: For Better or Worse scheduled to release on September 10, 2019.

Here’s a clip that gives you a good idea of what the show is about. Meanwhile, you can also catch all the episodes of previous seasons on ESPN.