Where to Listen to 365 Days Songs? 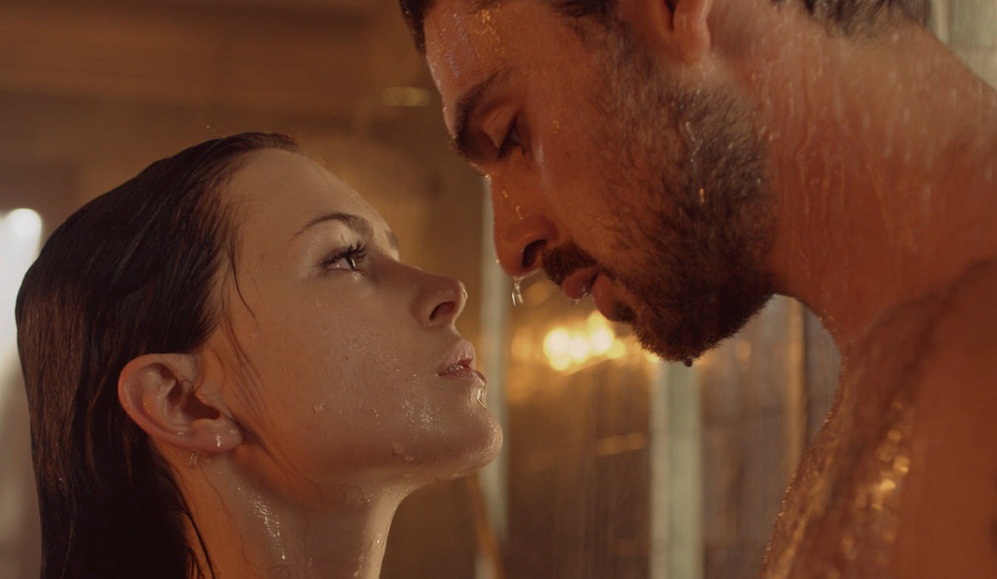 The “magic” of a movie not only comes from its visuals and storytelling devices but also from its sound and music. Music plays a key role in invoking all the emotions behind the film’s storyline. ‘365 Days’ intends to do something similar and involves everything from some very cheesy soundtracks to some barely noticeable underscores that end up heightening its melodrama. Not to mention, being the erotic thriller that it is, the film also has several sex scenes that are backed up with stirring tones to further rouse a viewer. So if you’ve already watched the film and you’re looking for a guide to its music, here’s a list of all the 365 Days songs and the places where you can legally listen to them.

Finish Line by SATV Music is the soundtrack that is featured in the trailer of the movie. You can listen to it on Apple Music, Spotify, and Google Play. If you’re not on either of the two music streaming platforms, you can also listen to its on Youtube:

Created by the lead actor Michele Morrone, It’s Hard for Me is the opening theme of the movie that is featured right after the scene where Massimo and his father get shot. The soundtrack is available on Google Play and Spotify. You can also listen to it for free on Michele Morrone’s official Youtube Channel:

Dark Room happens to be another one of Michele Morrone’s creations and is played as the background score in the scene where Massimo takes Laura out for a shopping date. You can find this song on Spotify, Amazon Music, Google Play Music, and Apple Music. You can also stream it on Youtube on Michele Morrone’s official channel:

In the second half of the movie, Laura is abandoned by Massimo for a while and during these moments she ends up coloring her hair blonde. Later, when he shows up again, she takes him out shopping and during these scenes, Another Wave by Raphael Lake is played as an underscore. You can listen to this soundtrack on Google Play and Spotify. It is also available on Youtube for free:

Here She Comes Again by RÖYKSOPP  plays when Laura makes a bangin’ entry to the club when Massimo takes her out for a gathering. The song has a heavy beat that stays with you long after the scene is over. So if you’re looking for a place to listen to it, you can stream it on Spotify, Google Play, and Soundcloud. If you don’t have a subscription to any of the mentioned music streaming services, you can check it out on Youtube:

The background score in the iconic shower scene of the movie has been created by none other than Michele Morrone. Among all of his other famous tracks, you can stream Watch Me Burn on Google Play, Spotify, and Amazon Music. It’s also available for free on Michele Morrone’s Youtube channel:

Toca Toca by Fly Project is a widely popular house music track that has been featured in several movies before. The bilingual Latin dance song can be heard in the scene where Laura gets ready for Massiono’s evening ball. Because of its popularity, you can listen to it on several legit music streaming services such as Soundcloud, Spotify, Google Play Music, and Apple Music. Check out its official Youtube video below:

Don’t Call Me Up by Mabel is featured in the second half of the film where Laura goes back home and visits the club with her friend. The song is available for streaming on Spotify, Google Play Music, and Apple Music. Here’s its official music video:

Featured in one of the initial scenes of the movie, You by Alex Condliffe can be heard in the backdrop of the scene where Laura has dinner with Massimo and call her mother right after it. You by Alex Condliffe is available on Google Play Music, Spotify, and Soundcloud. You can also check it out on Youtube for free:

If you can recall the scene where Massimo appears at Laura’s apartment in Warsaw, you’ll very well be able to recall the soundtrack in the scene as well. It’s during this scene that Laura first tells him that she loves him, which makes it one of the memorable moments of the film. The background, titled Prisoner, perfectly captures the essence of the scene and if you want to stream it online, you can find it on Google Play Music, Spotify, Amazon Music, and Apple Music. It’s available on Youtube for free:

10. The Time of Our Lives (The Venice Connection)

When Massimo and Laura visit the club, just to get him all jealous Laura tries to sneak away from him and even seduces another man. During this scene where Massimo tries to look for her in the club, The Time of Our Lives by The Venice Connection can be heard in the background. You can stream the song on Spotify, Amazon Music, Google Play Music, and Apple Music.

8. I See Red (Everybody Loves an Outlaw)

Another iconic scene of the movie is where Laura almost drowns and Massimo saves her. Right after this, the two make love. During this scene, I See Red by Everybody Loves an Outlaw plays in the background. To listen to the song, you can visit Google Play Music, Spotify, Soundcloud, and Amazon Music.

Coming Back by Robin Loxley and Smudge Mason is in the scene where Laura is one her way back to Poland. If you want to stream it online, you can find it on Google Play Music, Spotify, and Amazon Music. You can also listen to it on Youtube for free:

After Massimo returns, he and Laura some spend some warm moments together and even set sail on Massimo’s yacht. While they stand at the edge of the boat, ‘Here Comes the Thunder’ plays in the background. You can stream the song on several legit music services such as Google Play, Spotify, and Amazon Music.

5. Lost in Your Eyes (Theo Chinara and Craig Hardy)

Laura’s bridal boutique scene is where Lost in Your Eyes by Theo Chinara and Craig Hardy is played. You can play this track on Soundcloud and Spotify.

I Am the Fire plays in one of the opening scenes of the movie where Massimo makes love to a flight attendant. This song is available on Google Play Music, Spotify, Amazon Music, and Soundcloud.

3. Give ‘Em Hell (Everybody Loves an Outlaw)

The film features not one but two of Everybody Loves an Outlaw’s songs. The second one comes in the latter part of the movie where Laura and her friend, Olja, visit a spa to get makeovers. Give ‘Em Hell bangs out in the background when Laura gets her hair colored. The song is available for online streaming on Google Play Music, Spotify, and Soundcloud.

While Laura and Massimo take a road trip around the scenic landscapes of Rome, Kiss Me by Malo is featured as an underscore. Kiss Me is available for online streaming on many music services such as Google Play Music, Spotify, and Apple Music. You can also check it out on Youtube:

Feel it another one of Michele Morrone’s creations and is the final end credits song of the movie. If you want to listen to it online, you can find it on Spotify, Google Play Music, and Soundcloud. You can also stream it for free on Michele Morrone’s official Youtube channel: