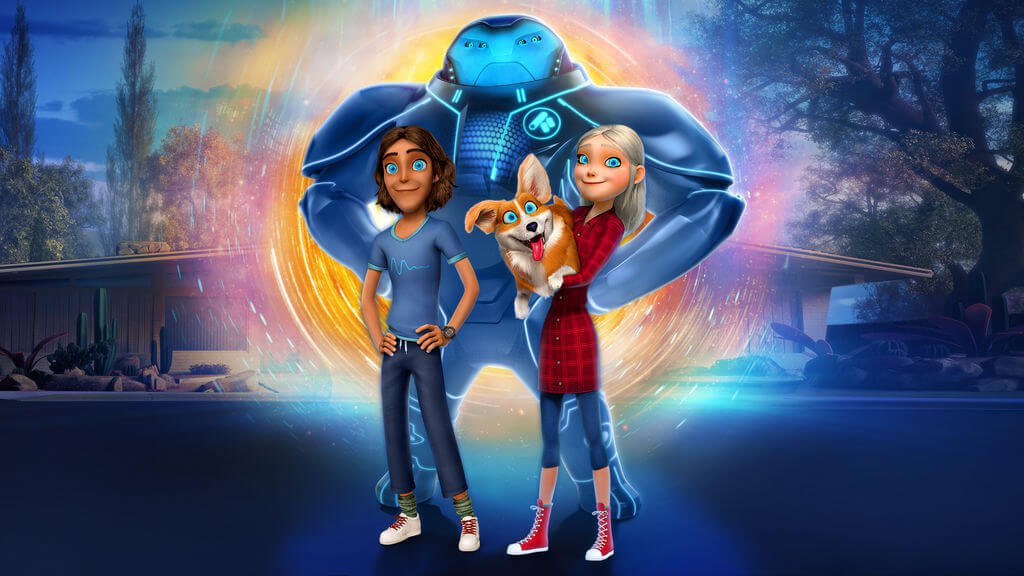 Perhaps the single most recognized as the newest trend emerging out of TV drama (‘drama’ as a broad term for fiction) in recent years has been shared universes. Of course, it is neither ubiquitous yet, nor is it exempt from eventually turning into an overused gimmick. Pundits and TV critics will likely tell you that it enormously heightens the risk for a franchise to spread itself irreversibly thin – if one show fails to live up to the standards of an otherwise good franchise, it singlehandedly curtails the prospects for well-received future entries.

Ask the community about the Arrowverse (the biggest example that springs to mind), and fans will be polarized about their critical consensus about how Arrow, Flash, Legends of Tomorrow and the rest, critically acclaimed individual shows all, fared when they became a shared universe. The idea of making different shows on the same world leads to better world-building, and perhaps it was successful because it develops upon an already established comic-book lore. It can be very hit-or-miss otherwise, or such is what the pundits will say. But this, of course, is not a universal case.

Take for example 2016’s Trollhunters which premiered in 2016. Borne out of a legendary collaboration between DreamWorks and Guillermo del Toro (a duet that has ever passed the critical litmus-test of being dubbed quality TV), Trollhunters was a fantastic tale that earned massive praise from fans and critics alike, rocking six Emmy awards in a single year by the time it got to the third season. Fans were reeled in just in the debut season for how good the show was in every aspect – possibly placing a qualitative milestone for animated originals up Netflix’s sleeves.

Fans were enthralled to see more of the noisy bizarre town of Arcadia, but also quite shocked when they learned in 2017 about del Toro’s projected plan of turning it into an extended anthology of shows which will all have the town of Arcadia as a hub of tying up the plot. ‘The Arcadia Trilogy’ they called it, and the second entry in this was ‘3Below’ which premiered as a 13-episode season 1 on December 21, 2018. About six months after that, 3Below Tales of Arcadia part 2 released on July 12, 2019. Now, fans are eagerly wanting to know about its third season. Here’s all we know.

3Below Tales of Arcadia Cast: Who’s in it?

Tales of Arcadia, other than extremely well-polished work in almost every department of production, also has a high-prestige cast to boast about. Familiar faces from Trollhunters make appearances in the debut season itself, as the plot is quite intricately related. This includes ‘Into The Woods’ star Emile Hirsch himself as Trollhunter/Jim. The cast has a quite expansive list of actors and actresses you might be familiar with from other well-received and famous shows, but the main cast of voice talents consists, of course, of the extraterrestrials themselves.

Tatiana Maslany, a Primetime Emmy winner for multiple roles in ‘Orphan Black’(Canadian sci-fi classic that ran from 2013 to 2017), voices Aja Tarron and also Queen Coranda. Diego Luna from Cuaron’s highly acclaimed film ‘Y tu mama Tambien’ figures here as Kel Tarron. The voice of Varvatos Vex is, of course, given by Nick Offerman, the legend famously known as Ron Swanson from Parks and Recreation. The cast is subject to change in accordance with the plot, and we do not know whether 3Below will have its own season 2 or extend into ‘Wizards’ yet, but we expect at least Nick Offerman, Tatiana, and Diego Luna to return in their respective major roles even if it does not go for a direct second season.

3Below Tales of Arcadia Plot: What is it about?

However expansive the world-building of the Arcadia Trilogy has been so far with four separate seasons-worth of episodes under its belt already, one of 3Below’s strong suit is having a great and intriguing plot that still remains simple in its premise. To this end, we will attempt to be as spoiler-free as possible. Instead of picking up on Trollhunters or Arcadia directly, 3Below starts in Akiridion-5, a faraway planet.

The story starts as the planet falls under a surprise invasion from Val Morando, a military general previously banished from the planet. Our protagonists are the two royal children and their bodyguard, who escape amidst the invasion (which also takes place during a royal ceremony) and crash-land on Earth. They shapeshift into human beings to stay anonymous under their fake identities, and the plot gets rolling when their place of residence is chosen to be the town of Arcadia.

3Below Tales of Arcadia Season 3 Release Date: When will it premiere?

3Below season 2 premiered on July 12, 2019, and consisted of 13 episodes. Guillermo del Toro had announced earlier that Trollhunters would be the first chapter in a trilogy of television series entitled Tales of Arcadia. The story of Trollhunters will be continued in 3Below: Tales of Arcadia, and the trilogy will conclude in a third and final fantasy series entitled Wizards. That means the show will most likely have another season. Since it took just six months for season 2 to come out after season 1, our best guess is that 3Below: Tales of Arcadia season 3 release date could fall sometime in December, 2019. We will update this section as soon as we learn more.

Tales of Arcadia: 3Below Trailer

While we wait for the next season, you can watch the first two seasons on Netflix. If you have been meaning to get into the Arcadia Trilogy, you should probably start from Trollhunters, as the show will have lots of callbacks to it. Otherwise, a good place to get started with 3Below is the official trailer for the first season which you can watch here.