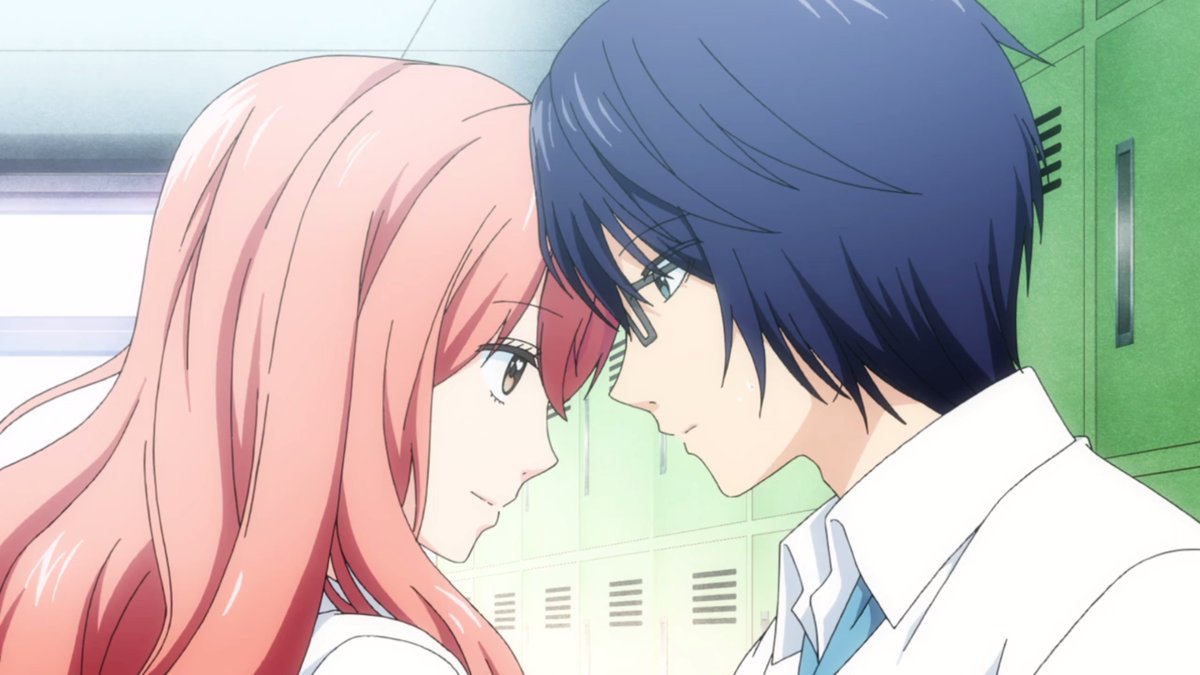 3D Kanojo: Real Girl (also known as Riaru Gāru in Japanese) is a romantic comedy anime television series which is based on a manga series of the same name. Written and illustrated by Mao Nanami, the manga series was first published on July 23, 2011 and ran till May 24, 2016. After the completion of the manga series, a Japanese anime studio called Hoods Entertainment announced plans to adapt it into an anime television series, and Season 1 of 3D Kanojo: Real Girl premiered on April 4, 2018. It was a hit among fans of the manga series and new viewers alike, and consequently, the show was renewed for a second season. Season 2 then made its way to viewers’ screens on January 9, 2019, and since then, fans have been waiting to hear news on a third season. Here’s everything we know about the prospects of Season 3 thus far.

3D Kanojo: Real Girl season 2 released on January 9, 2019 and ran till March 27, 2019. In the months which have passed since then, Hoods Entertainment has not confirmed a third season.

However, there’s no reason to get worried as of now since anime shows are usually renewed within a period of five years, and there’s plenty of time left for a renewal to be announced. Further, Seasons 1 and 2 have only adapted a section of the manga series, and there’s enough source material left for a third season to be made. Thus, we think there’s a decent chance of 3D Kanojo: Real Girl getting renewed for Season 3. As far the release date goes, our best guess is that 3D Kanojo: Real Girl season 2 could premiere sometime in 2020 or 2021. We’re keeping our ears open for news on Season 3 of 3D Kanojo: Real Girl, and we’ll update this section as soon as we hear something reliable.

You can stream ‘3D Kanojo: Real Girl’ on Hidive with its original Japanese audio and English subtitles.

Being a romantic comedy anime television series, 3D Kanojo: Real Girl does not have a particularly complex plot.

The show revolves around a high school student called Hikari Tsutsui. Being socially awkward and inept at social interactions, Hikari prefers the otaku way of life, and spends much of his free time in isolation, drowning himself in video games and anime. Of course, Hikari’s way of life is well known to his fellow classmates, who often ridicule and bully him in school for being an otaku. The only friend Hikari has in school is a boy called Yūto Itō, who wears cat ears and is an otaku himself.

However, Hikari’s sad high school life takes an unexpected turn when he is forced to clean the school swimming pool as punishment for frequently arriving late. For the task, Hikari is paired with a girl called Iroha Igarashi, who appears to be everything Hikari hates about real-life girls. Iroha has quite the reputation – she skips school, is blunt, doesn’t have too many female friends, and appears to be rather promiscuous. Owing to her reputation, Hikari decides its best to avoid her, and tries everything in his power to keep Iroha away. However, despite Hikari’s mean and cold behaviour, Iroha is sweet to him, and even starts standing up to those who bully him.

Over the course of the show, their friendship grows, and Hikari and Iroha start dating. Of course, Hikari is not adept at dating and struggles to cope with and express his newfound emotions towards Iroha. On the other hand, Iroha has to constantly struggle to try and get Hikari out of his shell. The show follows the blossoming relationship between the two, and the complications it brings.

Over two seasons, Real Girl has seen many characters take to the screen, but only a handful of characters are central to the show. Below, we’ve provided you with brief descriptions of each of these characters.

Hikari Tsutsui: The main male protagonist of the show, Hikari is a third-year high school student. Hikari is shown to be terrible at social interactions, is extremely awkward, and is an otaku who spends most of his free time playing video games and watching anime. In fact, Hikari is so obsessed with video games and anime that he forecloses any real-life relationship to carve time out for gaming and watching anime. Owing to Hikari’s unsocial nature, he is extremely unpopular in school and is frequently the target of ridicule and bullying by his classmates. However, life for Hikari takes an unexpected turn when he is assigned to clean the school swimming pool as punishment for being late. During this activity, Hikari meets Iroha, and immediately despises her. Despite Hikari’s attempts to avoid Iroha, he ultimately becomes friends with her, and then falls in love, making Iroha his first real-life girlfriend.

Iroha Igarashi: The main female protagonist of the show, Iroha is also a high school student. Notorious for skipping school and messing around with boys, Iroha is loathed by her female classmates, and does not have too many people to call friends. Yet, she is beautiful and confident, which makes her very attractive. Iroha, like Hikari, is also regularly late to school, and as a result, is given the task of cleaning the school swimming pool as punishment. During this activity, she meets Hikari and despite Hikari’s cold behaviour, takes a liking to him. Eventually, she succeeds in reaching out to Hikari, and they start dating. However, their relationship is complicated by the fact that Hikari has a medical condition, and has to leave Japan within six months.

Arisa Ishino: Although not a main character, Arisa is pretty important. Arisa is the classmate of Hikari and Iroha, and despite not liking Hikari, she regularly asks him for relationship advice. While Arisa initially has a boyfriend, she breaks up with him after Hikari points out that he is taking advantage of Arisa. Later in the show, Arisa becomes close friends with Hikari and Iroha.

Mitsuya Takanashi: The popular guy in school, Mitsuya has eyes for Iroha, who is known for messing around with boys. When Iroha starts dating Hikari, Mitsuya gets jealous and tires framing Hikari as someone who likes underage girls. However, Iroha gets to the bottom of Mitsuya’s schemes and exposes him.