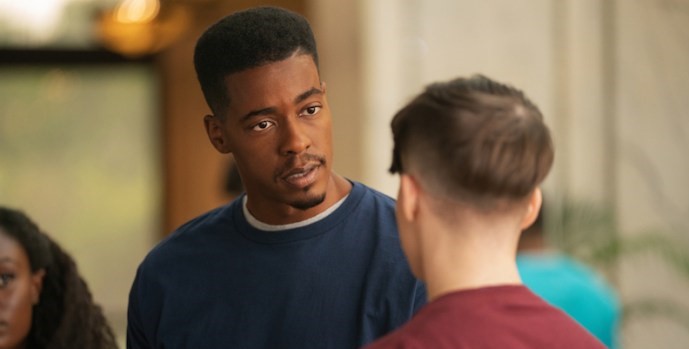 The series premiere of ‘4400’ that aired this week starts with a woman getting on with her regular life when a mysterious pool of green light sucks her in and drops her into a different era along with thousands of other people. The people stranded are then kept within strict rules by the government, which is pressured to make a statement to the public. If you haven’t watched the episode, the recap will help bring you up to speed. As you await the upcoming episode, here’s all about it that might interest you!

To watch the second episode of ‘4400’ during its television premiere, tune in to The CW at the date and time mentioned above. If not, you can watch the show online on The CW’s official website and The CW app. You can also live stream the episodes on DirecTV, Hulu+Live TV, Fubo TV, and YouTube TV. Additionally, you can buy or rent them on iTunes.

Episode 2, titled ‘All Things Are Possible,’ will narrate the events after the unannounced catastrophic accumulation of more than 4000 people on Belle Isle causes a stir in the area. Tagged as the 4400, the hostages will struggle to adjust to their new environment, especially because of strict ordinances imposed by the government. As the hostages get used to their newfound powers, Andre and LaDonna will help Claudette train her healing abilities.

Keisha and Jharrel will take charge of a small group of the 4400 and help them feel more at ease. Shanice will meet someone unexpected, and Rev will have a revelation that makes him believe he is meant to achieve something bigger. Here is a promo that will give you an idea regarding the events in the second episode!

The series premiere of ‘4400,’ titled ‘Past is Prologue,’ starts with lawyer Shanice Murray’s mysterious encounter with a green light that transports her 16 years into the future on Belle Isle in the company of a sea of strangers. We learn that a similar phenomenon has taken hold of thousands of others, out of which we are familiarized with a housewife, a priest, a war surgeon, and a reality star.

The government moves the crowd to a facility while they search for the perfect story to tell the public. It is to be noted that the hostages have come from different eras, and some of them have also developed certain abilities. For closer inspection, the government sends social worker Jharrel and corrections officer Keisha to interview the people. Both of them clash over opposing views on the way these hostages should be approached.

Amidst the chaos that follows, Shanice breaks away from the crowd to find her family and is devastated to know that her husband Logan has remarried. The most important factor that birthed his decision was the letter that she had written before disappearing. After being dragged to the facility by government pawns, she reveals that she had wanted to leave after her daughter Mariah’s birth because of the insufferable post-partum depression she experienced. However, Shanice never actually intended to do so despite the letter stating otherwise.

Jharrel reveals that his missing brother Manny might be a hostage because he remembers seeing a green light the night he did not show up. The suspense increases even further when a young boy tells Keisha to give Jharrel a message from his brother. The matter finally makes it to the news!