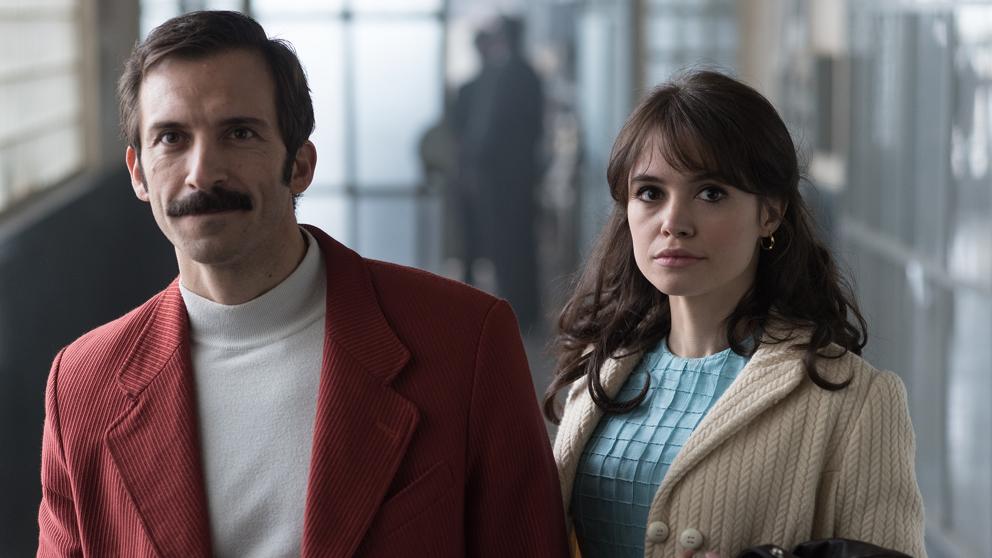 ’45 rpm’ or ’45 Revoluciones’ is a Spanish television series that is produced by Bambú Producciones for Atresmedia Televisión and is created by Ramón Campos and Gema R. Neira. Featuring David Pinillos and Gustavo Ron as the directors, it first premiered in Spain on March 18, 2019, on Antena 3. Its international distribution rights was picked up by Netflix. The show joined the platform’s slate of diverse programming, which includes a whole gamut of films and shows in foreign languages.

The show revolves around the 60s rock music scene in Madrid and lends fresh insights into the cultural revolution of Spain in that era. Here’s everything we know about the show and whether it will have another season.

’45 rpm’ features a talented cast of well-known Spanish actors. Starring as the protagonists are Carlos Cuevas as Roberto (Robert) Aguirre, Guiomar Puerta as Maribel Campoy, and Iván Marcos as Guillermo Rojas. Cuevas, a widely recognized name in the country’s film industry, is best known for his work in ‘Ventdelplà’, ‘The Ministry of Time’, and ‘Ahora o Nunca’. On the other hand, Marcos has featured across TV, theatre, and films. Known for his honest performances, he is also a skilled choreographer and an expert in multiple languages. Winding up the lead cast is Spanish actress Guiomar Puerta, who is acclaimed for her appearances in various movies and shows.

Set in the 1960s in Madrid, ’45 rpm’ is a period drama that follows the birth of an advanced record label during that era. The story is narrated through three characters, struggling to achieve their dreams in the competitive and complex music industry. The series introduces us to the producer named Guillermo Rojas (Maribel’s boss), an upcoming singer Robert, and another smart producer, the 19-year-old Maribel Campoy. ’45 rpm’ follows this trio who are all somehow connected to each other. Amidst the struggles and complications, each of these individuals will go to any heights to be the best at what he/she is extremely passionate about.

This 13-part show also manages to shed light on the politically conservative scene of the 1960s Madrid. There is additionally a generous dose of uneasy romance, with an engaging love triangle, involving Guillermo and Robert, who compete against each other to win the affection of the beautiful Maribel. Moreover, it traces the genesis of rock-an-roll in Spain through the eyes of its three protagonists — who attempt to create a new record label that meets the modern tastes of the masses. This was the time when folk still dominated the musical culture and pop/rock bands were just emerging. Meanwhile, as protests against the covert regime of dictator Francisco Franco get fuelled, we witness how art becomes embroiled with the chaos in Spanish streets.

Set against a turbulent landscape and coupled with aesthetic backdrops, ’45 rpm’ is unique as well as informative, primarily because it is inspired by true events. It attempts to document the musical revolution of the 60s and in order to do so, it also focuses on many other characters from the artistic world — ranging from producers to composers, photographers, singers, and journalists. It throws the limelight on everybody who is involved with the record industry because, according to the creators — “It will also be very important to reflect what the music was like at the time, the concert halls, the radios, the musical programs, the great events … to understand the jump experienced at the time. ”

Adopting a similar theme like ‘Velvet’ and ‘The Cable Girls‘, which follow characters attempting to modernize Spain, ’45 rpm’ is a wonderful amalgamation of melodrama, stardom, and happiness — all bringing in those 60s feels!

’45 rpm’ season 1 premiered on Netflix on August 16, 2019. Its entire first run comprised of 13 episodes, with each episode having a run-time of 50 minutes. Giving us insights on how the music revolution of a bygone era impacted the socio-cultural sphere of Spain, it is definitely a treat for viewers from Latin America.

Now, as far as another season goes, here is what we know. After its broadcast in Spain, the series garnered an average of 630,000 viewers — not a good figure as compared to other fictional shows aired in the country. Additionally, the makers have already announced that the first season offers a closed-end and it is not complete fiction to last multiple seasons. As per Gema R. Neira, it has not been conceptualized to run for multiple seasons. She added, “We are not facing a long-term series format as we have had on other occasions in Bambú Producciones, and if so, it would be with another format and in another way.”

Therefore, considering everything, we believe that the chances for a renewal are remote. But we cannot entirely negate the possibility of another season either. A lot depends on the Netflix viewership numbers. We shall update this section as we learn more about ’45 rpm’ season 2 release date.

While we wait for an update on ’45 rpm’ season 2, check out season 1 trailer below.