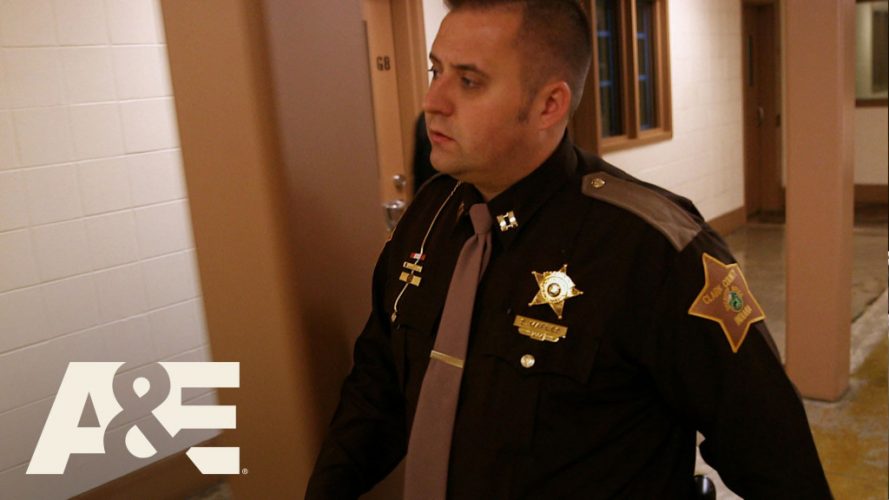 ’60 Days In’ is a television docu-series that first premiered on March 10, 2016, on A&E. The show is internationally known as ‘The Jail: 60 Days In’. It follows volunteers who are put into prison for two months. These individuals have to find illegal as well as controversial activities that go on behind bars, which might be missed by the correctional authorities, officers and surveillance systems.

They are permitted to use a fictional name, a fake cover story which also includes the details of the false criminal charges. On the basis of these charges, they are arrested and brought to that particular jail.

Following the release of its first season in 2016, the show has been renewed for four additional seasons. According to recent updates, ’60 Days In’ season 6 will make its way on tv screens soon. Read on to know what to expect from the latest installment of this sensational docu-series.

60 Days In Season 6 Release Date: When will it premiere?

The cast for every season is understandably different since the same volunteers cannot go to prisons undercover every time. Since the first two seasons took place in the same prison, some of the prison officials were the same, but apart from that, the undercover prisoners are never repeated, in order to maintain the cover and protect them.

Among notable cast members in season 5 is Maryum May May Ali, who went with the pseudonym of Yazmin Brown. She is the daughter of legendary boxer Muhammad Ali and has a degree in social work from the University of Nevada, Las Vegas, besides being a comedian and rapper herself. Alongside her, we meet private investigator Steve, shooter Brooke, police officer David, chaplain Abner, navy and army veteran Vivian, former correction officer Mark, and chief jailer Mark Lamb.

In the upcoming season, we hope to see more of such brave people who are willing to go undercover at personal risks to give us a better look at what goes on inside the American prisons. The names are tightly under wraps, considering the confidential nature of the show.

’60 Days In’ has a simple premise. Volunteers are sent into prisons with fake covers as criminals and their aim is to expose the corruption that is within the prison system, be it among guards or criminals, in order to bring to light what goes on behind the bars and away from the security cameras.

Across the seasons, we see these volunteers enter different prisons. While the first two seasons take place in the Clark County Jail in Jeffersonville, Indiana, the third and fourth seasons shift to the Fulton County Jail in Atlanta. The fifth season focuses on Florence in Arizona in the Pinal County Detention Center. The upcoming season too could take place in the same prison or shift to another correctional facility. The possibilities are limitless for this docu-series.

However, irrespective of the prison they are in, the show has but one purpose, that is, to expose the corruption among prisoners and prison authorities in the prison system. This unprecedented look at a prison is risky for the innocent volunteers who cannot afford to blow their cover inside the prison, because neither the prisoners nor the prison authorities, who are guilty of crimes, will hesitate to silence them before the truth gets out.

The show is often harrowing and gets intense as we see prison fights erupt firsthand and realize how tater tots serve as currency in prison. Despite being in prison, it feels like a whole another society that plays by its own rules and is much less forgiving towards those who break them. The danger is high at all points and sometimes the volunteers’ nerves get frayed as well. There have been instances where the volunteers have been in legitimate danger as they have had to participate in prison fights and have stumbled upon the exchange of contraband within the prisoners.

A few instances have shown the volunteers get too much into character and begin to behave like the felons. While this might seem like a good idea to maintain cover, ’60 Days In’ is also a psychological show from this perspective as it experiments with how the volunteers will react to imprisonment and how much liberties they will allow the prison authorities to take before pushing back.

However, merely pointing out the cons of being within the prison system would not be fair to the whole spectrum of details ’60 days In’ provides. We also see the camaraderie among the prisoners. Forced to spend time together to pay for their crimes, the inmates form a bond among themselves, and a few episodes have shown extremely tender gestures like throwing a birthday party for a fellow inmate. The portrayal of such behavior sends a strong message that prisoners have the ability to be rehabilitated and reintegrated in society.

Although ’60 days In’ goes in with the motive of exposing corruption, it emerges doing a lot more. Our society habitually ostracizes prisoners, believing that they do not deserve a place within the regular functioning of civilized people. This in turn often forces the people who have been released from prison to again resort to a life of crime or even return to the discipline that a prisoner’s life has. The show humanizes prisoner behavior since we see it up close for a considerable period of time.

When the upcoming season airs, we hope that the show keeps these nuances as it is while striving even harder to root out the corruption that is rampant in the prison system.

You can check out the official preview clip from season 6 right here.