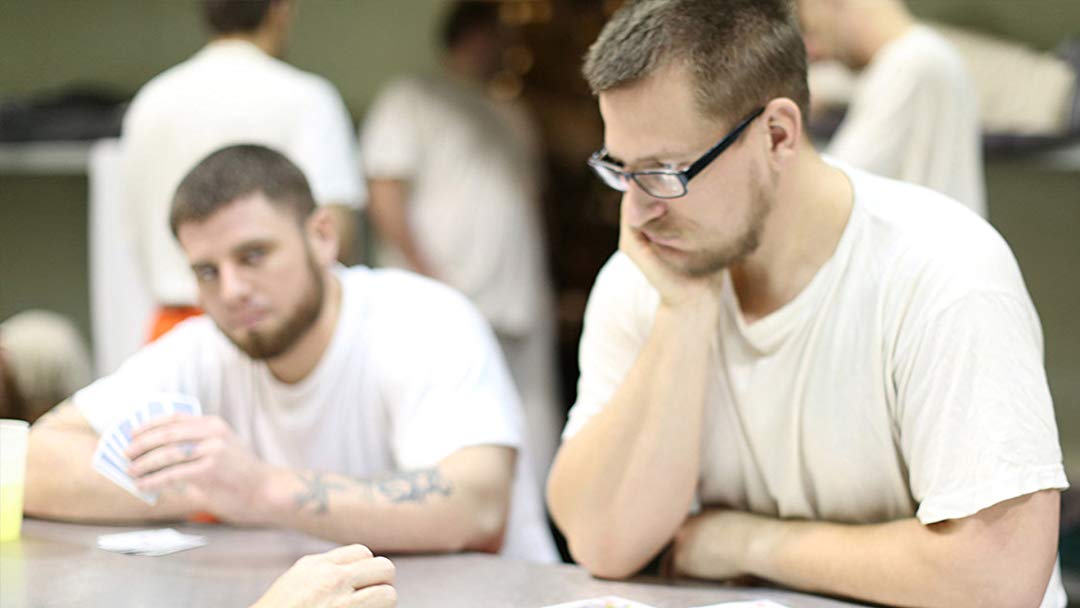 Last week, in ’60 Days In’, we witnessed how Dennis realizes that he needs to lie low after the arrival of Tony — who appears to be a pro when it comes to surviving inside a prison. On the other hand, Ashley once again proves to be the star of the show when she seamlessly handles a clogged toilet cleaning task with ease and precision.

This week, the series returned with its seventh episode on February 13, 2020. Now, with the last part done and dusted, episode 8 is all set to air on tv the next week. And of course, fans want to know how and where they can watch ’60 Days In’ season 6 episode 8. Read on for some detailed insights.

60 Days In Season 6 Episode 8 Release Date: When Will It Premiere?

In episode 8, “The remaining participants are left reeling after an inmate is shanked at the Etowah County Detention Center; one more volunteer drops out of the program” — according to A&E’s official description.

Where to Watch 60 Days In Season 6 Episode 8 Online?

The focus in the men’s pod is again on former quarterback Dennis. He has already risen to prominence because of his arrogant attitude. But this time, he finds himself in the middle of a fight. What happens is, a commotion breaks out when Dennis is having food. What begins with curses and abuses soon culminates in violence — with one inmate stabbing another several times in the chest and back. Well, a shocked Dennis seemed to have learned another lesson. Meanwhile, Alex is having a hard time. Someone takes away his radio and food and he is also a victim of constant bullying. He decides to go home this week.

In the women’s pod, Shanese, to date, has only been complaining about her food allergies. And this attitude of hers has even managed to drive Jennifer and Ashley crazy. Shanese even passes her urine for a pee test to another inmate, who is released the next day. This makes Ashley really furious. When she confronts Shanese, the latter threatens to expose Ashley’s actual identity, which is actually a cop, to all of the other inmates. And if Shanese really does what she says, Ashley will be in some bad trouble. In order to see how this situation escalates, we will have to wait for the next episode that will air in the upcoming week!