When Does 60 Minutes Season 52 Start on CBS? 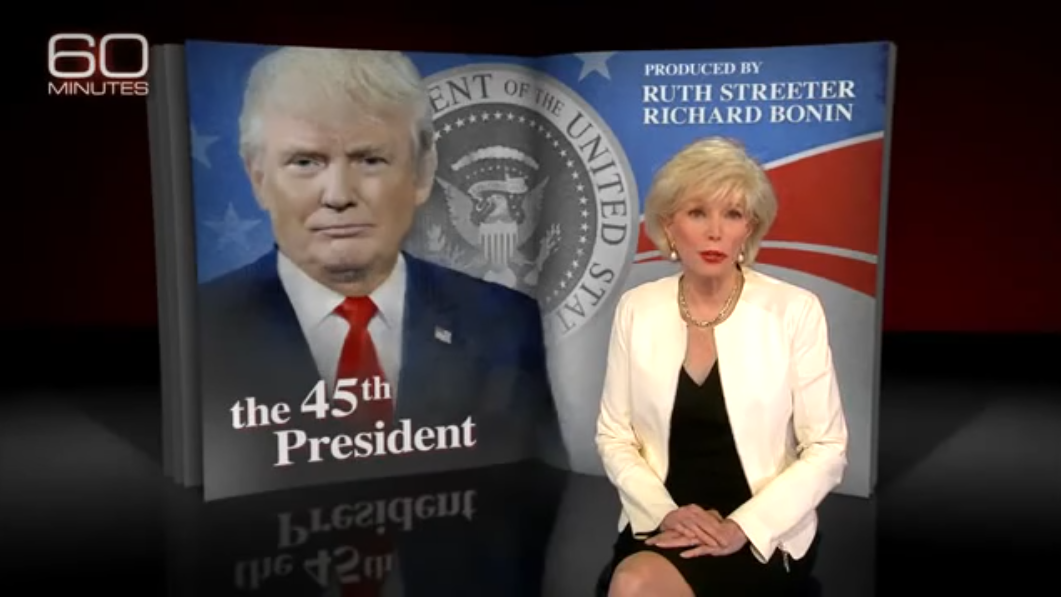 60 Minutes is one of the oldest American news magazine television programs broadcasted by the CBS television network. 60 Minutes made its debut way back in 1968. It was created by Don Hewitt who passionately believed in presenting news through the eyes of the reporter who covers it as well as broadcasting the subsequent investigation he carries out. This format of news broadcasting hadn’t been employed by any other network at the time.

Right from its inception, the show featured an Aristo stopwatch in its opening sequence that has come to be recognised as the show’s trademark over the years. On October 29, 2006, the design underwent significant changes – the background of the stopwatch which was grey earlier changed to red, the title text was now in white, and the stopwatch itself oriented to an upright position from its diagonal position. It was the only show in the US to not use theme music with only the ticking sound of the watch in the background that continued all through the 60 minutes of the show.

60 Minutes is the longest-running primetime show of America and has been acknowledged by The New York Times as one of the most esteemed news magazines on American television. It has broken the Neilson rating records one too many times during its run.

When 60 Minutes premiered, it was hosted by Miker Wallace (1968 to 2006; winner of 20 Emmy Awards and three Peabody Awards) and Harry Reasoner who made their debut as hosts back on September 24, 1968. This was when 60 Minutes used to be broadcasted bi-weekly while alternating with other productions of the network on Tuesday evening slots.

60 Minutes underwent some changes when Reasoner opted out of CBS and left to co-anchor ABC’s evening newscast. He was replaced by Morley Safer in 1970, but it was a while before he indulged in “hard” investigative reporting. Later on, White House correspondent Dan Rather joined the core reporting team which made the show a clear hit among the audience. This was a landmark in television as news magazine shows at that time had a history of poor ratings and 60 Minutes broke the shackles and became the top-rated program on Sunday nights in the United States.

Apart from Wallace, Reasoner, Safer and Rather, Ed Bradley, Diane Sawyer, Meredith Vieira, Bob Simon, Christiane Amanpour, Lara Logan and Steve Kroft have served as hosts and correspondents on 60 Minutes over the years. Currently, we have Lesley Stahl (since 1991), Scott Pelley (since 2003), Bill Whitaker (since 2014), and the most recent addition to the team – John Dickerson (2019), serving as hosts on the show.

60 Minutes Plot: What is it about?

60 Minutes employs the use of two or more hosts and several correspondents and commentators to deliver news in a compelling manner. Reporters manoeuvre deft investigative procedures and techniques in their reporting as well as make visits to the places of residence or work of the subjects they are interviewing or conducting an investigation on. 60 Minutes is one among the oldest Amerian news magazine programs broadcasted on CBS News. The show was one of a kind at that time it aired as it dealt with investigative events and made reports on relevant subjects that included cluster munitions, the South Vietnamese Army, situations in Nigeria and Northern Ireland, and so on.

60 Minutes is basically a news magazine that has been modified to suit the format of a television series. Each episode is segmented into three parts. The opening segment previews several clippings of the story that will be discussed in that episode. The topics range from various issues of national interest as well as cover politics and entertainment, among other subjects. A journalist acts as the narrator of this segment.

Every reporter and correspondent on the show enjoys a strong reputation for their compelling brand of journalism. In an attempt to establish a deeper connection with the viewer, 60 Minutes’ journalists are never seen sharing screen space with or speaking to other journalists on the show. Over the course of each episode, debates ensue, and in-depth discussion on current affairs takes place, providing insight into various points of view. The closing segment is a commentary which until October 2, 2011, was administered by Andy Rooney who was known to incorporate the lighter side of life in his conclusive commentary.

60 Minutes has spread its wings all over the globe now with different international versions introduced in the past. The Australian version of the show came into existence way back in 1979, premiering on February 11, 1979. It still airs every Sunday night on Nine Network. Similarly, different editions dedicated to different countries came into existence as New Zealand, Germany, Portugal and Chile were among the renowned ones, while editions of Brazil, Thailand, Catalonia and Mexico also existed making the brand of 60 Minutes a globally acclaimed program. As mentioned earlier, with Dan Rather’s addition to the core reporting team, the show gained even more favour with the audience, and the accolades kept pouring in as it became the top-rated show in America during a time when new magazine programs had a poor history.

It is one of the most engaging news magazines shows in television and considering it has premiered for so many years now, it has turned into a legacy. It still stays true to its authentic reporter centric investigative style of producing stories. Till date, the 60 Minutes program has managed to produce 51 seasons with numerous episodes telling stories on different issues all around the globe.

60 Minutes Season 52 Release Date: When will it Premiere?

You can check out clips from the show on its official website.