68 Whiskey: Everything We Know 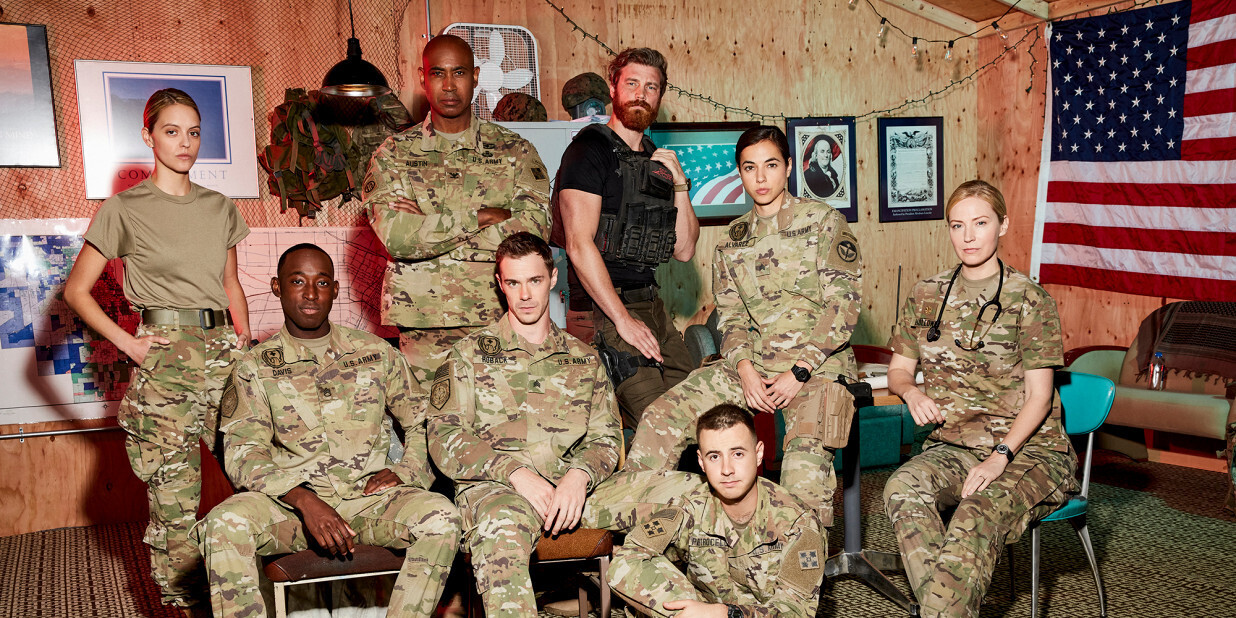 ’68 Whiskey’ chronicles the lives of the medic team of the US Army, as they go about their mission to keep all the injured soldiers alive in a lethal war zone in Afghanistan. It highlights the comic elements of the inter-personal relationships between the Army personnel.

Created by Academy Award winners Ron Howard (‘Frost/Nixon’) and Brian Grazer (‘A Beautiful Mind’), ’68 Whiskey’ is based on an Israeli TV show ‘Charlie Golf One.’ Erin Feeley (‘Orange Is the New Black’) and Michael Lehmann (‘Californication’) serve as directors, while Emmy nominee Roberto Benabib, the creator of ‘Weeds,’ has penned the script.

The Paramount show has garnered enough eyeballs for its efforts in blending entertainment and authenticity, and also for getting an US army veteran, Lt. Colonel Greg Bishop, as a consultant on the team.

68 Whiskey Plot: What is it About?

Set in an army base in Afghanistan, also known as The Orphanage, ‘68 Whiskey’ documents the lives of a team of army medics who hail from various parts of the world. It showcases the typical scenario at a medical army base – people are exhausted and sleep deprived, there is panic every time a helicopter lands, harrowing blood shed inside the tents during emergency cases, etc.

’68 Whiskey’ aims at recreating the essence of the 1972 classic comedy drama ‘M*A*S*H,’ by focusing on the personal trauma and stress, the medical professionals endure while being a part of The Orphanage. Every morning invokes an anticipation of the horrors to come and every evening is a reminder to maintain the records of people who get second chances at life and those who die.

The only way they stay resilient in the face of adversities surrounding them, is by treasuring the relationships they form. The friendships and deep connections, along with a decent dose of sardonic humor is what keeps the spirit of these surgeons, alive.

Irish actor Sam Keeley (‘Raw’) plays Cooper Roback, the mischief-maker of the team. He acts all tough and rough on the surface but is hiding a dark secret from the past. Joining him is Gage Golightly (‘The Troop’) as Cooper’s love interest Corporal Grace Durkin.

Mekhi, Rosa and Cooper call themselves “The Three Musketeers,” who don’t always play by rules but are  there for each other.

‘Dora and the Lost City of Gold’ actor Nicholas Coombe enacts the character of Anthony Petrocelli, a new recruit who provides the comic relief in the team. And oh, remember the goat? Yeah, Nicholas adopts an abandoned goat in the middle of the dessert, believing it to be a fallen comrade. Also, he calls him ‘Boz.’ Yikes!

When is 68 Whiskey Season 1 Release Date?

Check out the trailer of ‘68 Whiskey’ season 1!