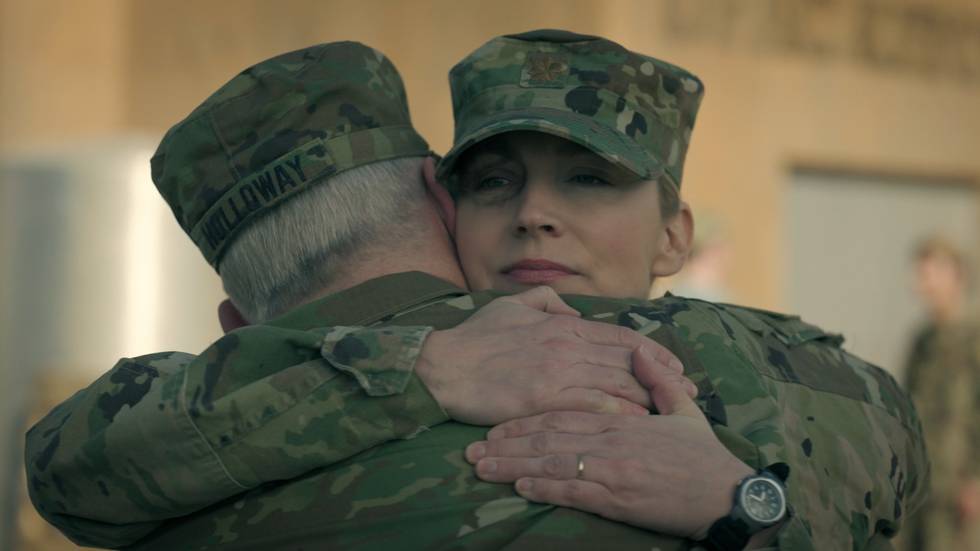 ’68 Whiskey’ is Paramount Network’s second scripted series, following its breakout hit, ‘Yellowstone’, which ranked as the most-watched new cable series in 2018. The black comedy-drama revolves around a multicultural group of army medics, dispatched to an Afghan base, which goes by the nickname, The Orphanage.

The cast of ’68 Whiskey’ is led by Sam Keeley as Cooper Roback, Gage Golightly as Grace Durkin, Cristina Rodlo as Sergeant Rosa Alvarez, Jeremy Tardy as Staff Sergeant Mekhi Davis, Nicholas Coombe as Anthony Petrocelli, Derek Theler as Sasquatch, Beth Riesgraf as Major Sonia Holloway, and Lamont Thompson as Colonel Harlan Austin. The characters comprise the members of a group of medics, who are stationed in The Orphanage.

An adaptation of the Israeli TV series named Charlie Golf One, ’68 Whiskey’ chronicles how this crew navigates weird, strange lands while depending on their mutual friendship, different tools, and sometimes, determination to survive at any cost. Season 1 follows the team as Roback convinces Davis to partner with him in a quickly-get-rich plan, which fails miserably. After various mishaps, the members realize that the solution to all their problems is one thing — cash. Of course, getting their hands on so much money is no easy feat. But the gang manages to do it, somehow. However, matters get out of control when the cash gets lost and the group has to enter Taliban territory to retrieve it.

Season 1, after its launch, opened to generally positive reviews and attracted consistent viewerships throughout its run. So, the question is, will the show be renewed for another season? Or will we see a ’68 Whiskey’ season 2? Read on to know.

When the season first premiered on tv screens, Paramount Network reported that it garnered 2 million viewers in Live+3 Nielsen numbers — making it the most-watched cable drama series premiere in the metric since November 2018. However, following the premiere, the numbers slipped, and overall, the show ranked outside the Top 100 in terms of total viewers, adults 18-49 and 25-54 year-to-date.

Noting this not-so-impressive start, Paramount decided to ax the series. In September 2020, the network announced that ’68 Whiskey’ season 2 has been officially canceled. In addition to modest ratings, sources have said that rising costs due to the COVID-19 pandemic, filming in Los Angeles, and the number of background actors in several scenes were factors responsible for the cancelation.

Read more: 7 Best Shows Like 68 Whiskey You Must See