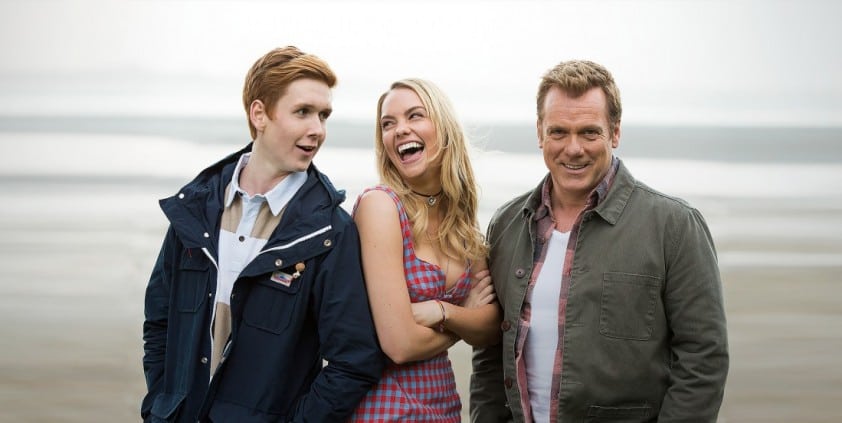 Comedy Dramas are quite the popular genre; they are one of those sections of television which return season after season with newer takes on the genre. One of the most loved themes of comedy is one that revolves around family dramas. ‘800 Words’ is one such series that explores the relationships on which a family is built. Based in New Zealand and Australia, the series is co-produced by South Pacific Pictures and Seven Productions.

The story revolves around a guy named George Turner, who works in one of the biggest selling newspaper companies in Sydney. He works as a famous columnist who writes weekly columns. He has two teenage kids named Arlo and Shay. The series is made for the network Seven and is co-directed by Pino Amenta and Mike Smith. Amenta, the highly popular Australian director, has directed various top-rated tv series such as ‘The Sullivans’ and ‘All Saints and Conspiracy 365’.

‘800 Words’ was first released on September 15, 2015 on Seven Network in Australia. It was then picked up by Acorn TV to air in the US. The show has had 3 successful seasons so far. Now the question is, will there be an ‘800 Words’ season 4? We will delve into that question, but first let’s quickly look into the details of the series.

Even before, there have been shows that show the struggle of a single mother or father coping with the struggles they face due to the absence of their other haves. ‘800 Words’ is another such show which beautifully explores the subject. The tagline of the show, “Sometimes all you need is a fresh start,” in various ways, explains the principle theme of the show.

The show starts with George Turner, who is the lead in the show. George is a famous columnist in Sydney, Australia, who is dealing with the sudden demise of his wife while dealing with his two kids. George decides that he needs a change in his life and out of nowhere, buys a house online in a fictional, picturesque town on the shores of New Zealand called Weld without so much as a visit or a meet with the person selling the property.

George’s impulse leading to this abrupt decision stems from the memory of the childhood vacations he had had at the Prairie. Excited at the prospect of beginning a new life altogether, he quits his job and informs his kids of the situation who are yet stuck in the mechanism of coping with the loss they suffered in the form of their mother. The kids now face an uncertain future and after initial objections, decide to move to New Zealand, leaving behind their lives in Sydney.

Things take a wild turn for George and his kids who haven’t yet accustomed to their mother’s death, as their colorful and inquisitive neighbors prove to be a menace. Four single ladies develop a new interest in the single columnist’s life and his children. During the course of the series, both George and his daughter Shay find love as they enter new relationships and Arlo focuses on his academics. The families’ journey through the good and the bad times is portrayed through a series of comical elements, and more often than not, their humor hits the right notes. While the show was cancelled after its third season, their lead characters’ arcs were wrapped justifiably.

‘800 Words’ is a star-heavy tv series. The lead, George Turner, is played by the Australian star Erik Thomson. Erik Thomson Thomson is known for playing the role of Hades in the series Hercules: The legendary journeys. Thomson has also played essential roles in various shows such as Xena Warrior Princess and Young Hercules. Other than Thomson, Melina Vidler is also seen in an important role. Vilder who earned her fame through various roles in tv series such as Rake and Brock portrays the character of Shay Turner, the teenage daughter of George.

As far as the next season goes, you should know that the series was an esteemed project by the Australian network. It was first announced on October 29, 2014, whereas the first episode premiered on September 15, 2015. The show opened to a positive response and enjoyed a loyal base with the audience through its 3-season run and 40 episodes. However, the series could not sustain its high ratings for much longer and the charm which made it a super hit began fading. After a midseason finale in 2018, the series was cancelled due to unknown reasons.

So, yes, there you go. ‘800 Words’ season 4 stands cancelled and is not making a comeback anytime soon.

Although ‘800 Words’ gained a lot of popularity, it culminated in an abrupt end. However, the show and its previous trailers are enough to leave a smile on the audience’s faces. Watch the trailer of its debut season below: