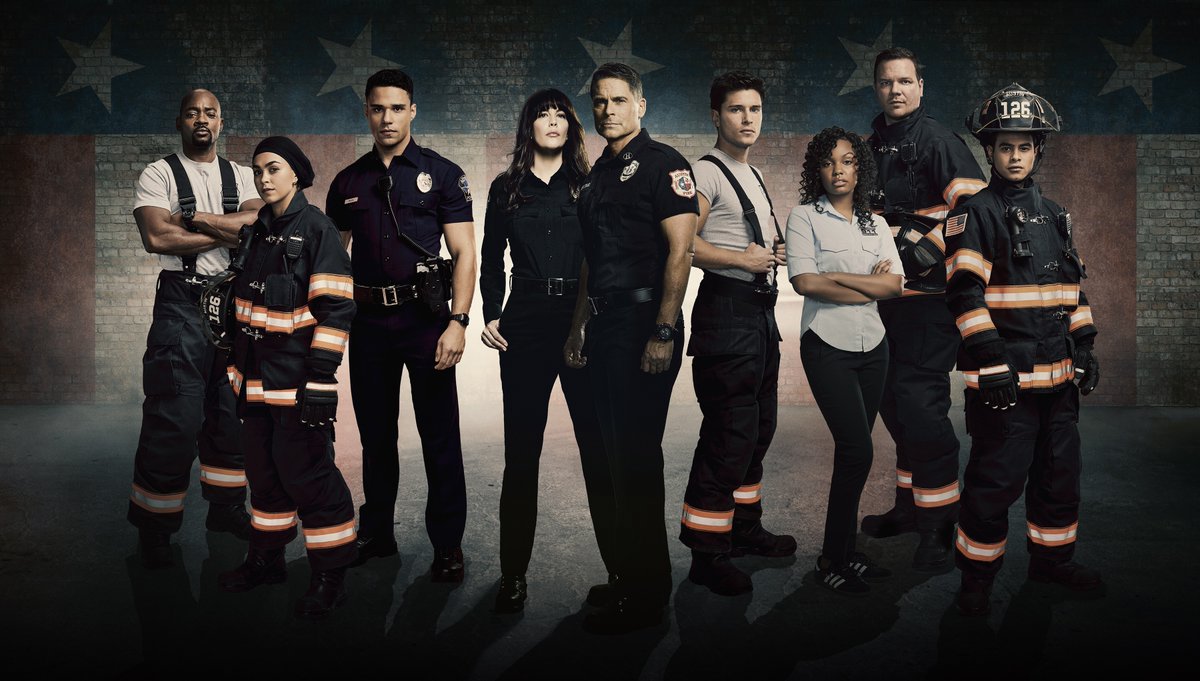 “In Texas, you do what I say Captain!” The feisty Liv Tylor says the line in the opening scene of her character in the upcoming crime drama, ‘9-1-1: Lone Star.’ An extension to Fox’s hit show ‘9-1-1’, the procedural drama follows a firefighter from Manhattan, Owen Strand, who moves to Austin to help re-build a dilapidated firehouse. Owen embarks on a mission to find out the finest candidates for his team but with a dark past lurking in the darkness of his mind, it is not going to be an easy ride.

Ryan Murphy and Brad Falchuk, the men behind fan favorites like ‘American Horror Story’ and ‘American Crime Story,’ along with ‘Feud’ showrunner Tim Minear (executive producer of AHS), serve as the creator of ‘9-1-1: Lone Star.’

The original first responder drama ‘9-1-1,’ premiered on January 3, 2018, and opened to favourable reviews with critics and audiences lauding the show for its authentic cases, top-notch performances from the ensemble cast (Angela Bassett, Connie Britton, Pete Krause, etc) and a riveting storyline. ‘9-1-1: Lone Star’ mirrors the essence of its predecessor but with plenty of wry humor.

The show will have a 2-night premiere with the pilot releasing on Sunday, January 19, 2020, and the second episode dropping on (the regular slot) Monday, January 20, 2020 at 8 pm ET. It will consist of a total of 10 episodes with a runtime of 44 minutes each.

Golden Globes Award nominee Rob Lowe headlines the cast as Owen Strand, a lone survivor of the 9/11 New York firehouse incident, who relocates to Austin to form a team that saves the most vulnerable people from immediate dangers. Apart from being able-bodied and snarky, Owen is also a skincare enthusiast who lives in a constant paranoia about losing all his hair. He is best known for ‘Parks and Recreation,’ ‘The West Wing’ and ‘The Grinder.’

Joining him is the vivacious Liv Tyler as Chief Paramedic Michelle Blake, who walks shoulder to shoulder with Rob’s Owen even though they have their share of banters. She is on a quest to find out about the whereabouts of her missing sister, and will stop at nothing to uncover the truth. Her notable works include ‘The Lord of the Rings,’ ‘The Leftovers’ and ‘Armageddon.’

Natacha Karam (‘The Brave’) plays Marjan Marwani, a badass firefighter who doesn’t always play by the rules when it comes to the safety of the public. Marjan wears a hijab, making her the first Muslim hijab-wearing lead in a Ryan Murphy show.

‘Two Sentence Horror Stories’ alum Jim Parrack plays Judd Rudder, the thorn in Owen’s side who is a perpetual cause of annoyance for him. He is also a sole survivor of Austin 126 incident and suffers from PTSD and low self-esteem. Sierra McClain portrays Judd’s wife Grace Rudder, a 9-1-1 operator. Her latest appearances includes ‘Mindhunter’ and ‘Empire.’

Trans actor Brian Michael Smith (‘Queen Sugar’) essays the role of Paul Strickland, a trans man who has the deducing abilities of Sherlock Holmes. Robin Rubinstein, known for ‘Dead of Sunmer,’ enacts the character of T. K. Strand, Owen’s son who is also a firefighter.

Captain Owen Strand is a former firefighter of the New York fire department. He is the lone survivor of 9/11 from his batch, who is also responsible for revamping  the station after the attack, but the dark memories of the catastrophe still haunts him.

After a tragedy befalls Austin 216 fire house, he is asked by the department head to relocate to Austin, Texas, since he is the only person who can build a capable and competent team of proficient firefighters.

Owen and his son T.K’s arrival in Austin is not welcomed by all, especially chief of paramedics Michelle Blake, and fellow officer Judd Rudder, the sole survivor of Austin tragedy, but Owen still manages to assemble a team of proficient fire officers. With Owen as the lead, the culturally and academically diverse firefighters  promise to protect the people, even if it means fighting a bucking bull or a ferocious tornado.