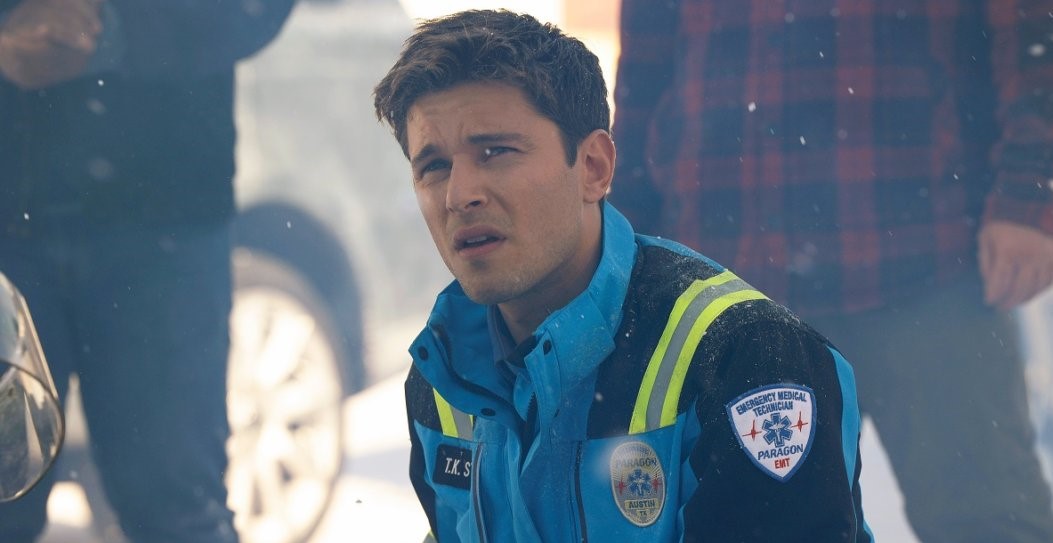 ‘9-1-1: Lone Star’ season 3 will return with two major problems taking hold of the crew at station 126. With the pressure mounting, Owen and his team will have to buckle up and give their best shot. In the meantime, Judd and Grace will open a new chapter in their lives. In times of such distress, it will be comforting to watch the couple find a new ray of hope. As the season premiere is just around the corner, let us take you through everything we know about it!

‘9-1-1: Lone Star’ season 3 episode 1 is slated to premiere on January 3, 2022, at 8 pm ET on Fox. The show will have changed its timeslot for the upcoming season. Although new episodes will continue to release weekly on Mondays, viewers will have to tune in an hour early as compared to its previous timing of 9 pm ET.

Cable TV users can tune in to Fox at the aforementioned timeslot and watch ‘9-1-1: Lone Star’ season 3 episode 1 as it airs. After the episode finishes airing on TV, you can watch it online using your valid cable provider login credentials on Fox’s official website or the Fox Now app. The episode will also be available on cable-free platforms like FuboTV, YouTube TV, and DirecTV.

Hulu subscribers can access the upcoming episode live or through the video library after it airs on television. To watch the show on Hulu, click here.  However, episodes of the previous seasons can be purchased or rented through VOD services like iTunes, Vudu, Google Play, Microsoft Store, Spectrum. and Amazon Prime Video.

‘9-1-1: Lone Star’ season 3 episode 1 is titled ‘The Big Chill.’ The new season will begin with Owen and the others fighting an extremely destructive ice storm in Austin. The disturbance in the weather will project itself into other emergencies as well. Besides that, there is another problem that might plague station 126 for a good portion of the time to come. There is a chance that the station might shut down.

With two major problems arriving, the team will have to handle a lot of stress. The only silver lining or joyful distraction is the news that Judd and Grace are about to have a baby. Meanwhile, Tommy, T.K., and Gillian will get new jobs because of the fallout of the 126. Check out the exciting promo for what the new season will bring!

Season 3 of ‘9-1-1: Lone Star’ will feature Rob Lowe as Owen Strand, a firefighter captain from New York City and father to T.K. Gina Torres will return as Tommy Vega, an Emergency Medical Services (EMS) replacement captain, who is forced to rejoin the workforce due to familial obligations. Ronen Rubinstein will make a comeback as T.K. Strand, Owen Strand’s son and a firefighter-turned-paramedic. Sierra McClain will reprise her role as Grace Ryder, a 9-1-1 operator, and Jim Parrack will continue to portray Judd Ryder, Grace’s husband.