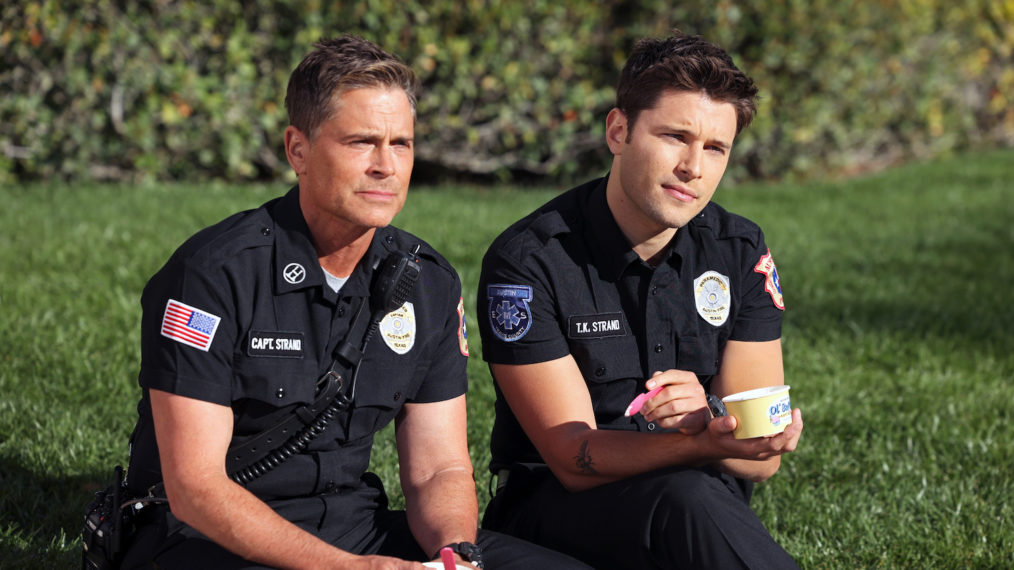 ‘9-1-1: Lone Star’ season 3 episode 2 follows a destructive blizzard that puts many lives at stake. The 126 rush to different emergency sites to rescue the people trapped in the snow. Owen finds himself in a difficult situation after a rescue mission goes awry. Meanwhile, T.K. disappears after saving a young boy, much to Tommy’s concern. If you want to know what happens next, head to the recap. If you’re curious about episode 3, we have you covered!

Sadly, the show entered a two-week-long hiatus after the second episode aired. Once it is over, ‘9-1-1: Lone Star’ season 3 episode 3 is set to return on January 24, 2022, at 8 pm ET on Fox. New episodes will then continue to release on Mondays.

Cable TV users can tune in to Fox at the aforementioned timeslot and watch ‘9-1-1: Lone Star’ season 3 episode 3 as it airs. After the episode finishes airing on TV, you can watch it online using your valid cable provider login credentials on Fox’s official website or the Fox Now app. The episode will also be available on cable-free platforms like FuboTV, YouTube TV, and DirecTV.

Hulu subscribers can access the upcoming episode live or through the video library after it airs on television; you can watch the show on the platform here. However, episodes of the previous seasons can be purchased or rented through VOD services like iTunes, Vudu, Google Play, Microsoft Store, Spectrum. and Amazon Prime Video.

‘9-1-1: Lone Star’ season 3 episode 3 is titled ‘Shock & Thaw.’ We can expect T.K. to land in a dangerous situation in the upcoming episodes. He is currently in the ICU battling hypothermia. In the meantime, the harrowing snowstorm will continue into the third episode, which will focus on the damage caused to Austin and its citizens. Owen will continue to protect the lives of the stranded migrants. Grace will prepare to welcome her baby into this world. In addition, more rescue missions will be taken up by Station 126 in episode 3.

In the second episode, titled ‘Thin Ice,’ the 126 pushes their way through a destructive snowstorm. T.K. rescues a small boy who gets trapped underneath a thick layer of ice. Although he makes it out, his condition worsens at the hospital due to the cold. Tommy subsequently senses T.K.’s absence, and he takes Nancy along to find him. He ends up naked in a ditch, freezing in the cold before being found. He is then sent to the ICU. Carlos is disappointed at the news but is further alarmed when Tommy shows up after a meeting with T.K.’s doctor.

Tommy states that they need to find his father. Meanwhile, Owen saves a stranger from the snow. On top of that, he heroically cauterizes the man’s wound and sends a signal for help using an old radio. Despite being tired of being a hero, Owen is barely able to take a break from his duties. His patient then gets scared and runs off into the snow, forcing Owen to step out again. The cold gets excessive for his tired body, and he collapses only to be taken in by a group of people.

Owen’s saviors turn out to be people trying to run away from their coyote captors. One of them turns out to be a man who had encountered Owen at a cabin. He had saved the coyote’s life back then. This time, he shows up at the place where Owen is hiding with a gun in his hand. Elsewhere, Paul encounters a teenage girl who is about to be crushed by a massive ice palace. To survive the cold, Paul thinks about the 126 getting shut down, which makes him angry enough to remain awake through the frostbites. In the end, he fulfills his mission of saving her.