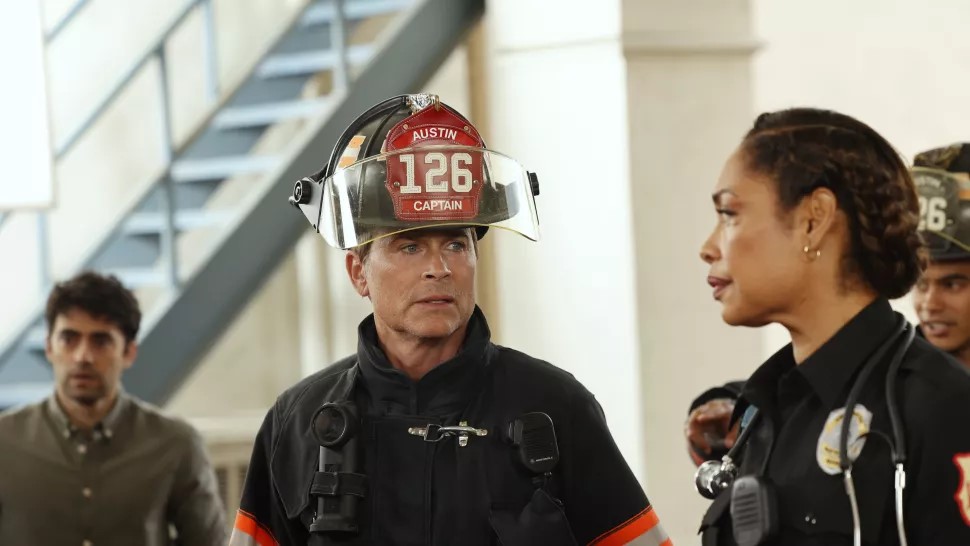 Created by Ryan Murphy, Tim Minear, and Brad Falchuk, ‘9-1-1: Lone Star‘ is an action series that is a spin-off of ‘9-1-1.’ It revolves around a New York firefighter – Owen Strand – who moves to Austin, Texas, along with his son Tyler AKA TK to become the captain of Station 126. The firefighting captain serves those who need urgent help while addressing the predicaments of his personal life. The storyline also focuses on the lives of Owen’s son and colleagues.

Thanks to its stellar cast, the characters within the series entertain viewers with their unique quirks and dynamics. Both viewers and critics adore the show for its plotline, accurate depiction of firefighters and their work, and heart-touching storylines. The show originally premiered on January 19, 2020. With the third season of the procedural series coming to an end, fans are eager to know about the prospects of a new installment. Well, here’s everything you need to know about the potential season 4!

We have excellent news with regard to the fourth edition of the procedural drama. On May 16, 2022, FOX announced that the show will be returning with a new season. “We adore Ryan [Murphy] and are so pleased that Lone Star is locked and loaded,” said Fox Entertainment CEO Charlie Collier during an upfront call of the network. Since the series has been recording impressive ratings, it is not surprising that the show got renewed right before the broadcast of the third season’s finale.

Since the fourth round has been greenlit, we can expect the production of the same to begin soon. The show is part of Fox’s midseason roster, and all three seasons arrived in January every year from 2020 to 2022. With that being said, the team would like to stick to its production schedule so new episodes can roll out in time. So, if all goes as planned, we can expect ’9-1-1: Lone Star’ season 4 to release in January 2023.

We can expect the inevitable return of Rob Lowe as Owen Strand for the fourth installment of the series. Ronen Rubinstein may come back as Tyler Kennedy “TK” Strand, while Rafael L. Silva may take up the role of Carlos Reyes once again. In addition, Jim Parrack and Sierra McClain may appear as Judson “Judd” Ryder and Grace Ryder, respectively.

Others who may be back for season 4 are Natacha Karam (Marjan Marwani), Brian Michael Smith (Paul Strickland), Gina Torres (Tommy Vega), Brianna Baker (Nancy Gillian), Nathan Owens (Julius), and Julian Works (Mateo). We can also expect the return of Kelsey Yates (Isabella) and Skyler Yates (Evie). Lisa Edelstein’s return is uncertain after the death of her character Gwyn. However, there is a possibility that Gwyn will appear in TK’s dreams or in flashback scenes. There may be a few additions to the cast if new characters are introduced in the upcoming iteration of the show.

The season 3 finale of the series brings new challenges for the characters. When Judd gets trapped after a building explosion, Owen leads the Station 126 squad to help their colleague. The incident reminds the firefighter of his experience during the 9/11 attacks and the rescue operations that followed. Meanwhile, TK and Carlos make an important decision regarding their relationship. Tommy and Julius also discuss their future and talk about what to expect from each other.

These events are sure to paint the upcoming season in a new light. TK and Carlos have been a fan favorite ever since the audience first saw them together. The decision they make will most likely change the dynamics between the two. Julius may be a new addition to the series, but his chemistry with Tommy has never failed to entertain viewers. So, their relationship may witness intriguing developments in season 4. Above all, we can expect more enthralling emergency calls that Station 126 will have to attend to.