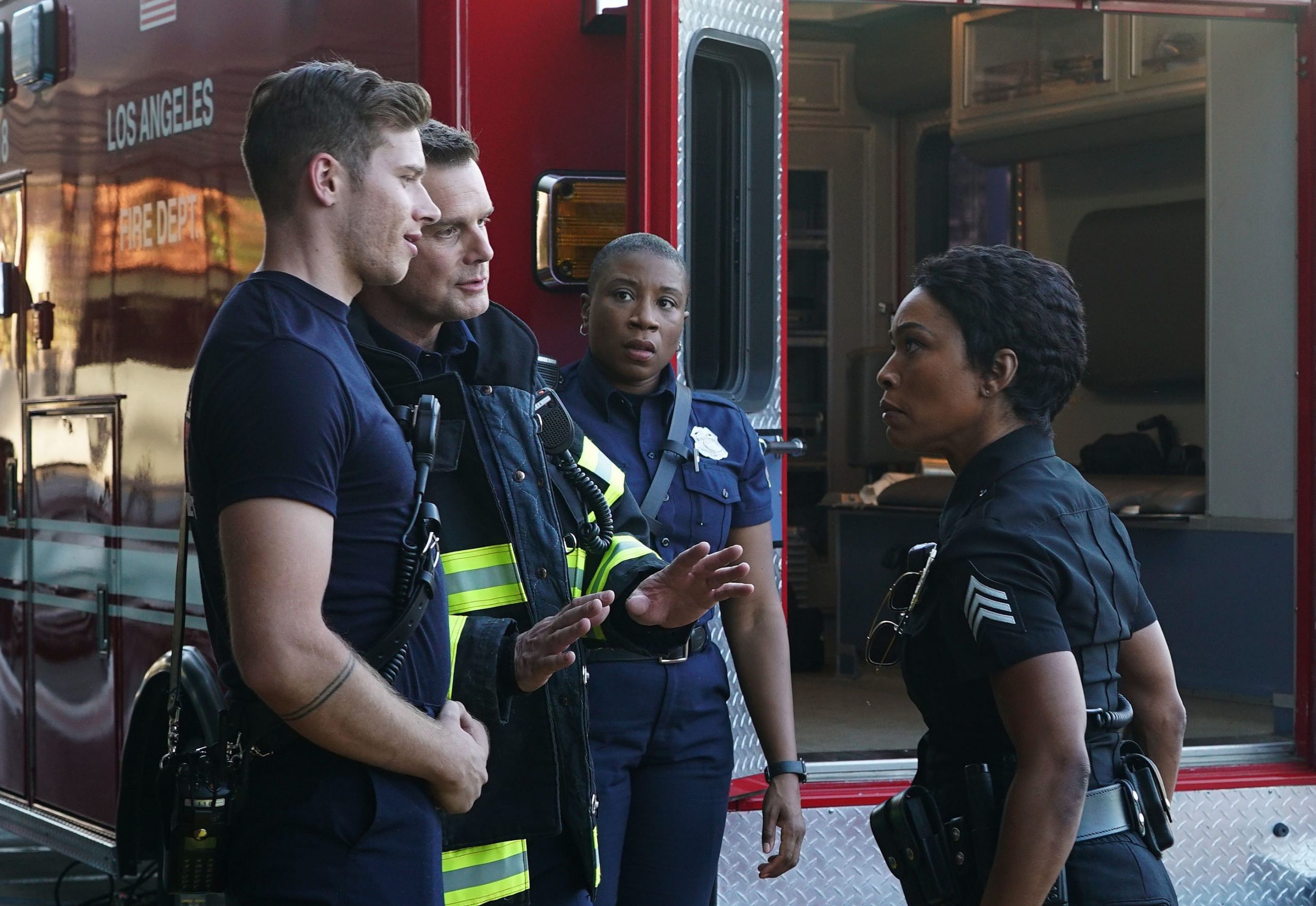 The second episode of ‘9-1-1’ season 4 sees the team handling a case when a group of hikers witnesses the Hollywood Sign crashing down. While the 118 crew jumps into action, Athena and the others fight for their safety inside the unstable house. On the other hand, when Chimney tries to rescue a baby from underneath a buried home, she finds out that a group of women is being held as hostages. When one woman goes into labor, Chimney needs to do everything to ensure that she has a safe delivery. We will come to the details of the latest episode in our recap section. Now, if you want to know what happens in the next part, i.e., ‘9-1-1’ season 4 episode 3, we are here to help you out!

The 3rd episode of ‘9-1-1’ season 4 is called ‘Future Tense.’ And here is its official synopsis as outlined by Fox: “The 118 race to save a man under siege by his high-tech smart home, and a yoga teacher who has lost her vision. Athena hunts down a bank robber disguised by Covid protocols. Meanwhile, Buck confides in Maddie, Hen clashes with her antagonizing medical school lab partner and members of the 118’s crew prep for an out-of-state mission.”

For some more insights, you can also watch the promo for season 4 episode 3 below:

Maddie and Josh coerce an injured cyclist to find her way back to safety. On the other hand, Bobby and his team successfully orchestrate another daring rescue when a city bus crashes into a wealth management building. A skeptical and hesitant Athena rejoins work for a welfare check. But complications arise when she gets trapped inside a collapsed house with a woman who is too afraid to evacuate. We also know that Evan Buckley has been in a stable, committed relationship. However, Chimney makes an announcement in the fourth season premiere. He explains that Buck has been chatting online with a new “COVID crush.”