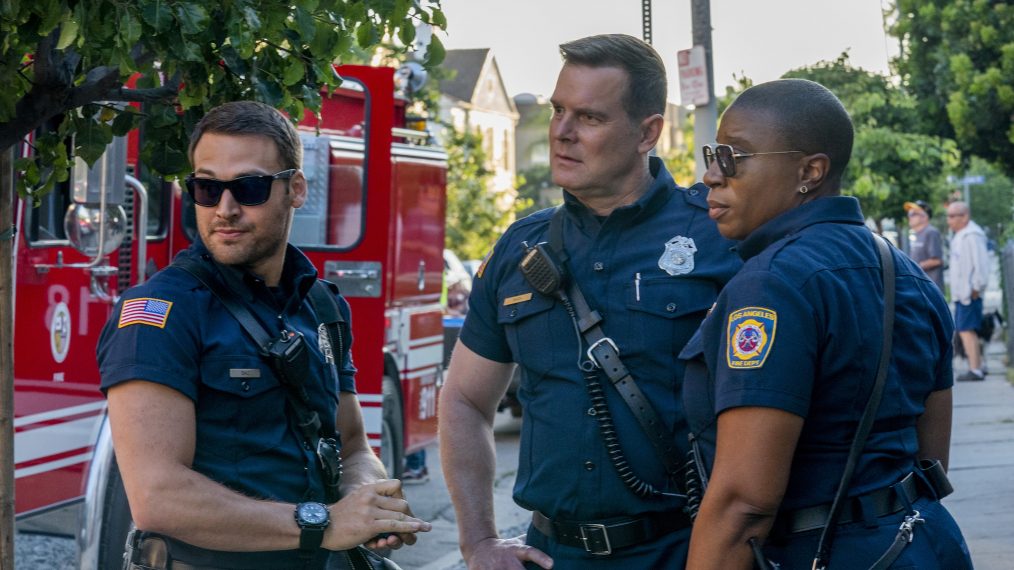 ‘9-1-1’ is a procedural drama series that shines a light on the experiences of first responders of Los Angeles who tackle their high-pressure jobs along with their relationships on the personal front. A lot of compromises and sacrifices are made when a person is a paramedic, firefighter, or police official as each minute counts. Created by Ryan Murphy, Brad Falchuk, and Tim Minear, the series first premiered on January 3, 2018, on Fox, receiving a favorable response. With the third season ending on a bittersweet note that hints at various changes, we are left wondering what is next? Let’s find out.

Although season 3 did not experience a delay since it had already finished filming before the productions halted because of Covid-19, fans are concerned about the release of the fourth season. Well, as per the announcement by Fox, fans need not worry since ‘9-1-1’ season 4 will most likely release in sometime in January 2021.

The star-studded cast includes Angela Bassett as Athena Grant, LAPD patrol sergeant, Peter Krause as Robert “Bobby” Nash, Captain of the L.A. Fire Department Station 118, Oliver Stark as Evan “Buck” Buckley, a firefighter, and Jennifer Love Hewitt as Madeline “Maddie” Buckley, his sister and a 9-1-1 operator. Aisha Hinds portrays the character of Henrietta “Hen” Wilson, who is a paramedic and firefighter. Kenneth Choi essays the role of Howard “Chimney” Han, a firefighter and paramedic who is also Maddie’s partner.

Ryan Guzman plays Edmund “Eddie” Diaz, another firefighter at 118. Other recurring cast members are Rockmond Dunbar, Corrine Massiah, Marcanthonee Jon Reis, and John Harlan Kim. Connie Britton as Abby, makes an appearance in the final episode of season 3. Changes are foreseen for almost all the characters, which would mean seeing them less or more depending on their storyline.

John Harlan Kim will be seen more frequently as his character Albert Han will come to live with his half-brother Chimney. Connie Britton will not be returning unless she makes another brief appearance later, as she did for season 3. Brooke Shields, who plays an advocate in the third season’s finale, may return for the following season.

In third season’s finale, the major train crash and the hostage situation brought up many emotions, especially as Buck comes face to face with Abby. The two finally get closure as they talk things out and realize that they are not the same people they used to be when Abby left him. Maddie and Chimney discover that they are pregnant, which is a massive leap for their relationship. It also sees Athena learning to cope with her vulnerability as she becomes the victim of one of the criminals she was pursuing. On the other hand, things are looking up for Michael as his malignant tumor shrinks, and he goes on a date with the doctor he bumped into in the elevator.

Given that the series is about emergency responders, Tim Minear has spoken about the fact that the Coronavirus pandemic cannot be completely ignored, and in some way or another, they will feed into it without taking over the original trajectory of the storyline. After what Athena has been through, we can expect to see her on her road to slow recovery and possibly attending therapy. Minear disclosed that a big change might come her way. Nonetheless, it will be a satisfying experience for her. The fourth season will also highlight what Maddie’s pregnancy will mean for the couple, especially due to their line of work which comes with its own dangers.

Here is the official teaser announcing January 2021 as the expected release month for the fourth season!