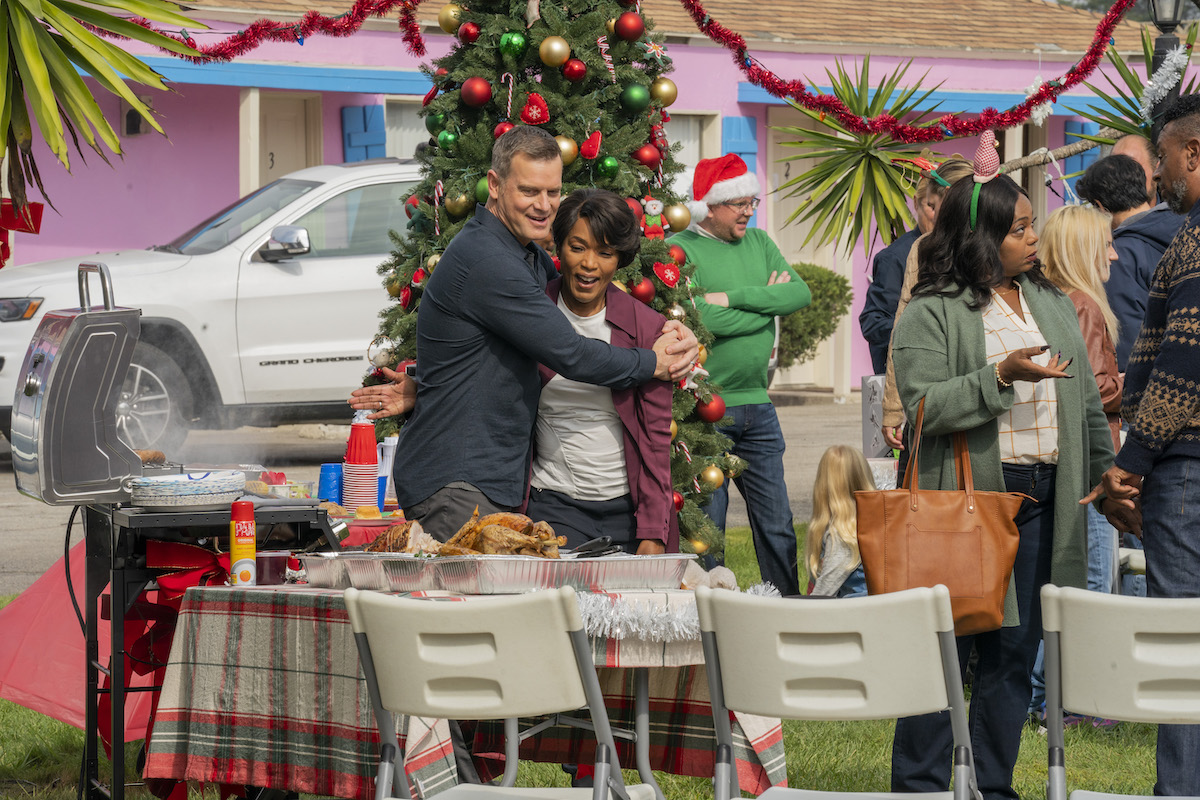 This latest episode of ‘9-1-1’ season 5 follows the 118 heading to the site of an unusual car accident. The victim does not have much time, and the team feels the pressure to reach her before the car gives out. Athena dives into a cold case from 30 years ago, which involves a casino robbery. Those who want to know more might find the recap we have provided quite useful. And now, since you want details about the release date and spoilers of the tenth episode of season 5, we have got you covered!

To watch the tenth episode of ‘9-1-1’ season 5 on cable, tune in to Fox at the date and time given above. Moreover, you can stream the episode on Fox’s official website and the Fox Now app. If you are looking to live-stream it, you can use platforms such as DirecTV, Hulu+Live TV, YouTube TV, Sling TV, Fubo TV, and Xfinity. Additionally, the episode will be available on Hulu. You can also watch the latest episodes on-demand on Vudu, Amazon Prime Video, Microsoft Store, Spectrum, and iTunes. Those who want to catch up on the previous installments of the series can do so on Google Play.

Titled ‘Wrapped in Red,’ episode 10 of season 5 will highlight the Christmas season, but the 118 will still be on duty as new emergencies and rescue missions pop up. Incidents happening around Christmas Eve will keep them busy, while Eddie will be unable to handle an emotional Christopher. Here is a promo that might catch your interest!

In ‘9-1-1’ season 5 episode 9 titled ‘Past is Prologue,’ the 118 rush to rescue Chloe, who gets into a car accident after a sinkhole over an oil well appears, causing an oil spill. However, the team is faced with a challenge because they can’t risk moving or cutting the vehicle in case it sparks into flames. They somehow pull Chloe out right before the SUV flips.

The scene cuts to 1987, where a man robs more than one million dollars in chips. Athena takes up the case that has resurfaced, and she spots someone who has cashed those chips. Taylor tells Buck that she is going to her father’s parole hearing, but when he expresses his desire to accompany her, she doesn’t let him. Bobby has been examining old VHS tapes of security footage which ultimately leads him to an idea. Athena and Bobby realize that the robber at the casino must have had a double.

Both Athena and Bobby suspect that the casino manager, Doris, is the getaway culprit. Athena confronts the man who found the chip, and he reveals that it was a hand-me-down from his late uncle Jimmy. It turns out that Jimmy and Doris were dating at the time. Doris finally reveals that she used her share of the money to fund college while Jimmy used it up at the casino. Elsewhere, Taylor visits the prison along with Buck, and they talk things out. Taylor ends up telling him that she loves him. Henrietta sets her mother up with Clive, her ex-beau.