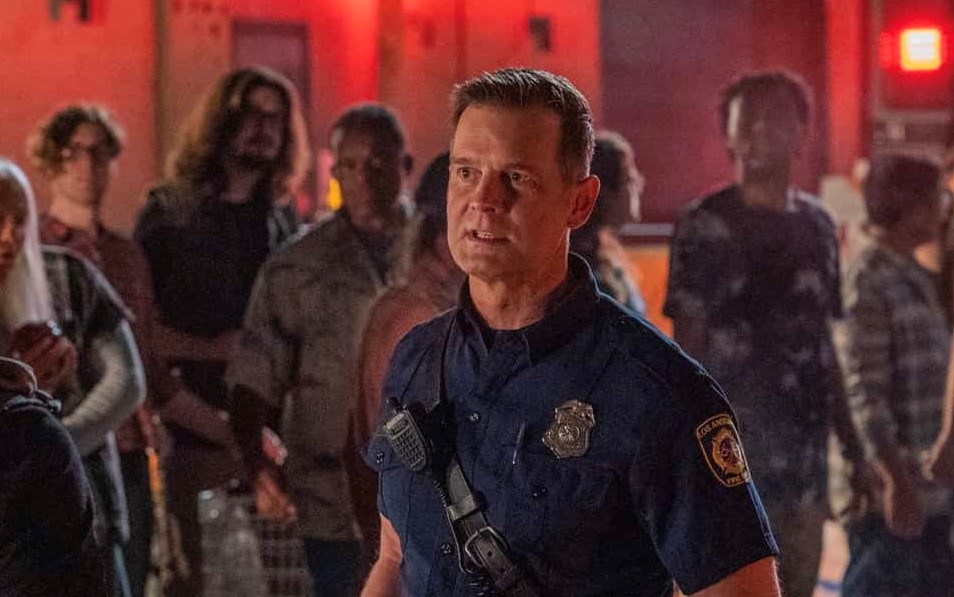 The latest episode of ‘9-1-1’ season 5 picks up right from the ending of the previous episode — Maddie’s alarming departure that now has Chimney in a fix. However, he realizes that her brother has been hiding something important along with the possibility of something bigger afflicting Maddie. For an in-depth take on the events of episode 4, take a look at the refresher we have laid out at the bottom. In case you’re wondering about the details of the fifth episode, we have got your back!

Cable users can watch ‘9-1-1’ season 5 episode 5 on Fox at the aforementioned date and time. You can also stream it on Fox’s official website or the Fox Now app. You also have the option to watch the latest episodes of ‘9-1-1’ live on YouTube TV, Sling TV, Fubo TV, DirecTV, Hulu+Live TV, Xfinity, and Spectrum. Those who have a subscription to Hulu can watch the latest episodes here. Moreover, you can watch the upcoming episode by purchasing it on Amazon Prime Video, iTunes, Microsoft Store, or Vudu. If you want to catch up on the previous seasons, you can do so by using Google Play.

The fifth episode, titled ‘Peer Pressure,’ will essay the events after the disappearance of Maddie and Athena’s recent breakdown, which is likely a result of a lot of pent-up issues and emotional baggage. In the upcoming episode, Athena will lose her mind over the drastic change in Harry’s behavior. The tragedy that befell them in the last few episodes has left a deep impact on the family, especially Harry, who clearly needs a lot of time to heal. Besides that, the 118 will respond to a man who has awkwardly hurt himself during a workout session.

The team will also try to save a groundskeeper from being cut to death due to the mishandling of his chainsaw. Later, they will tend to the aftermath of an explosion in a retirement community. Meanwhile, new partnerships between Hen and Eddie and Buck and Ravi might initiate problems. Elsewhere, May will answer an emergency call from a teen experiencing suicidal tendencies while dealing with the perennial mental torture inflicted by her new workmate, Claudette. Here’s a promo that will prepare you for what’s to come!

Maddie’s prolonged absence in this week’s episode, titled ‘Home and Away,’ scares Chimney. It was quite unusual of her to leave her daughter unattended, so he thinks it might have something to do with Doug. Buck then reassures that the perpetrator is dead. However, Chimney’s pulse quickens upon receiving word from his insurance company about Jee-Yun’s recent visit to the emergency room.

Chimney also talks to the doctor who treated their daughter and learns the entire story behind it. Things escalate even further when Buck gets punched on his face by an angered Chimney. He just learned that his wife had contacted his brother before leaving. Chimney then sets out to find her, promising Hen that he will come back soon. Elsewhere, Hen makes an error during the investigation of a school parade that tragically ends in the death of a young girl.

Eddie accidentally informs the wrong parents about the unfortunate passing of their daughter. Maddie’s replacement, Claudette Collins, takes her position at the call center, much to May’s dismay. She is mistaken for an intern and bullied by Claudette before being further “schooled” by her. Athena has a breakdown after repressing her feelings about Jeffrey’s presence for a long time. Now that she has acknowledged her emotions, we might see her deal with them in the next few episodes.