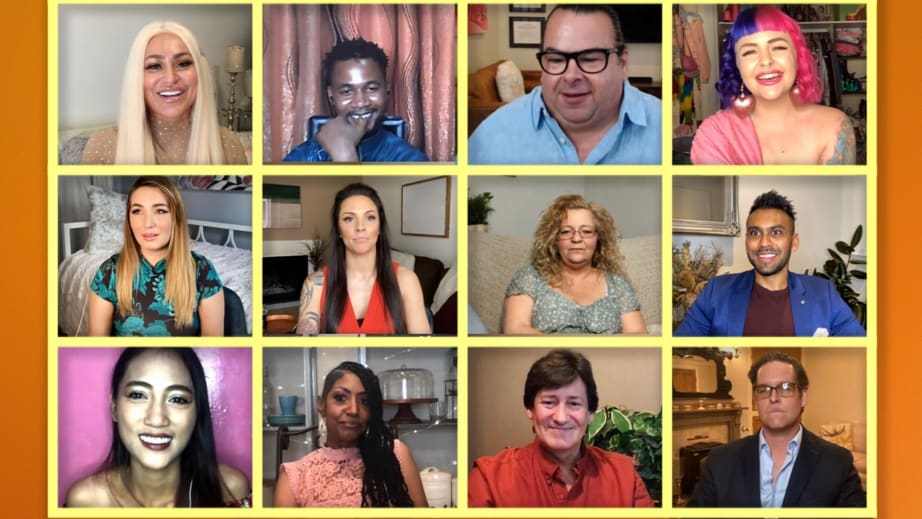 In one of the most explosive Tell Alls in almost the entire ‘Before the 90 Days’ history, this week’s Sunday night had us all glued to the tv screen. Host Shaun Robinson converses with the stars in an overly dramatic, chaotic Zoom conference. But the story does not stop here! There’s still more to go. Read on to know the whens and hows of ’90 Day Fiance: Before The 90 Days’ season 4 Tell All Part 2

The 17th episode is titled ‘Tell All Part 2’. Host Shaun Robinson will return to continue catching up with the stars on Zoom. This time, we will get more updates on David and Lana’s story. The two have not been in contact for almost a week and Lana is active on dating sites. Ed comments that David “was a job” for Lana, which causes the latter to scream in anger and walk away. Avery and Lisa also make their entry and Ed reprimands Lisa for treating Usman “like a little goat.” And it seems, Usman was even talking with a porn star!

You can watch ‘90 Day Fiance: Before The 90 Days’ Season 4 Episode 17 if you have a cable connection, by tuning in to TLC at the above time slot. You can also watch the released episodes online by logging into TLC’s official website. There are several other streaming options as well. You can live-stream the series on Philo TV, Directv, Sling TV, Fubo TV, or YouTube TV. Previous episodes are available on Hulu and for purchase on Amazon Prime Video.

As the couples log-in from their homes to converse with Shaun, we learn that Geoffrey and Varya will not be appearing in the Tell All. First up, Shaun starts with Avery and Ash who were supposed to be quarantined together. But they are living separately, with Avery pointing out that Ash had lied straight to her face. It seems they have parted ways (as expected).

Rosemarie is full-on irritated with Ed since she had tried to contact him but it seems the latter never reverted. Ed then reveals that Rose is in a relationship with a woman. After a pause, Rose says that she did get into another girl in order to get over Ed. She further adds that Ed had previously offered to pay her so that she would share nude clips. Ed later apologizes but Rose is not ready to accept. It appears these two have also called it quits as well.

Next, we have Yolanda and it is revealed that Williams is from Nigeria and is a scammer. Stephanie reveals that she and Erika have broken up but they are still trying to maintain their friendship. Tom regrets how he had handled things with Darcey. But Darcey is not ready to forgive him for two-timing with another woman, Shannon. And the surprise twist? Apparently, he had also tried to date Avery on Instagram after she broke up with Ash!