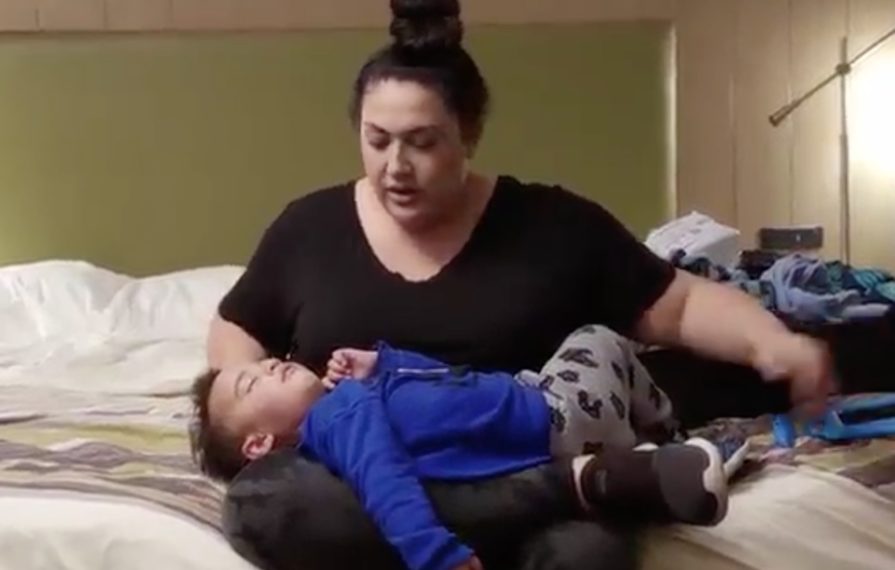 In this week’s episode of ’90 Day Fiance: Happily Ever After?’, there are a series of the biggest bombshells. Larissa goes for a weird look inspired by a mannequin while Kalani says that she wants to break off her marriage. Jess learns about Colt’s cheating habits. Well, you can check out the details of this week’s episode in our recap section. But before that, read on to know more about the next episode.

Episode 13 is called ‘Hot Tempers and Cold Feet’. In this episode, “Nerves run high the day of Angela and Michael’s wedding; Colt reveals all his secrets to Jess; Kalani and Asuelu attend couples’ therapy; Larissa develops an unlikely friendship; Elizabeth discovers Andrei was hiding the truth from her too” — as outlined by TLC. You can also watch a sneak peek of the next episode here.

Where to Watch 90 Day Fiance: Happily Ever After? Season 5 Episode 13 Online?

You can watch ‘90 Day Fiance: Happily Ever After?’ Season 5 Episode 13 if you have a cable connection, by tuning in to TLC at the above time slot. You can also watch the released episodes online by logging into TLC’s official website. There are several other streaming options as well. You can live-stream the series on Philo TV, Directv, Sling TV, Fubo TV, or YouTube TV. Previous episodes are available on Hulu and for purchase on Amazon Prime Video.

Eric, Larissa, and her friend attend a consultation session for Larissa’s upcoming breast implants. Eric says: “I think she should go as big as they make them.” He then admits that he is willing to spend money on the same, saying, “We came to an agreement on the investment.” Karine is still missing her family from Brazil while living in Kentucky. She visits an immigration lawyer to ask if she is eligible for international travel while staying on a residence permit. She tells the lawyer that since Paul has not found a job yet, she wants to move back to Brazil with her son. The attorney states that the journey is not possible now.

Angela and Michael shop for wedding floral arrangements. Michael is a bit skeptical about spending so much money. Asuelu and Kalani have an argument on how to raise a family. Jess reaches Vegas and meets Colt at a cat café. She confronts him about sending out d**k pics to several women. Once the duo reaches Colt’s home, he apologizes, saying: “I’ve been bad to you. I’m sorry for hurting you. I haven’t been a very good boyfriend. He additionally admits that Vanessa had moved in a few weeks back. “Meanwhile, Asuelu returns to Kalani’s hotel room on Valentine’s Day. They then reach the airport to go back to Utah. The issues are unresolved and Kalani tells the camera that she needs a break and does not want to be married anymore.