What to Expect From 90 Day Fiancé Season 8 Episode 10? 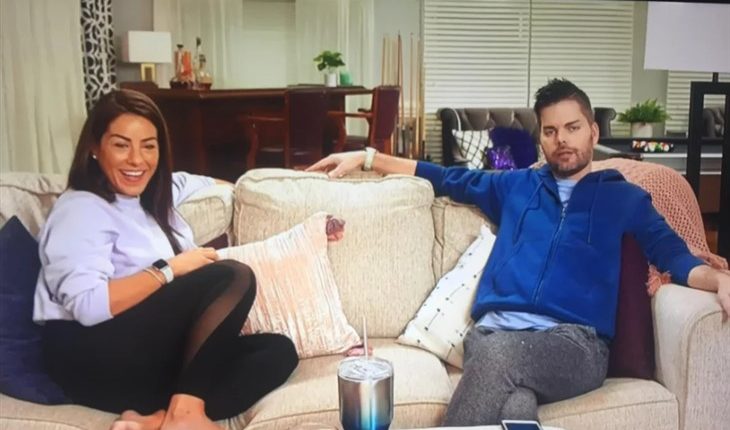 In the 9th episode of ’90 Day Fiance’ season 8, we saw Brandon finally standing up to his parents. On the other hand, Jovi is not able to believe Yara is pregnant. Mike does not agree to plan the wedding while Tarik and Hazel search for a third option. Finally, Zied learns about Rebecca’s ex, and Andrew requests Amira to give it another try. More on that later. Now, the eighth season is all geared up to release its 10th episode. And here is everything we know about it!

You can watch ‘90 Day Fiancé’ season 8 episode 10 on the TLC channel at the abovementioned time slot if you have a cable connection. However, you can also catch the show by logging in to TLC’s official website. You can also live-stream the series on Philo TV, Directv, Sling TV, Fubo TV, or YouTube TV. Episodes are available on Hulu, and you can also purchase them on Amazon Prime Video.

In the upcoming episode, we might see Hazel getting excited over her bachelorette party stripper. On the other hand, Mike might end up denying Natalie her engagement ring. It is yet to be seen if Natalie actually calls off her wedding. Meanwhile, Zied could inform Rebecca that he needs to marry her before Ramadan. Additionally, Yara might continue to grapple with Jovi’s drinking and penchant for exotic dancers. Brandon might confront Julia for their new living arrangements, while Tarik might have a Zoom call with Minty. Perhaps Stephanie might say it best: “2020 can f**king eat my a**.”

In the episode, Brandon has a discussion with his parents and explains how Julia is frustrated with the farm. His father warns him: “Don’t make a stupid decision.” When Brandon blames his mother for the engagement fiasco, she bursts into tears and tells him: “I wanted to be gaining a daughter rather than losing my son. You’re my baby. The fact that she’s making you choose between us and her…That just makes me so sad.” Following the departure of Mike’s mother, Natalie demands a higher budget for the upcoming nuptials.

Mike, however, says that he can only afford soda for the wedding. He admits that he is putting off planning because he is unsure if Natalie is the one for him. He says before the cameras: “One minute she loves me, one minute she doesn’t love me. I’m still trying to figure her out. These are just kind of reality for me.” Yara announces her pregnancy to Jovi, and he is convinced that she is not telling the truth. He says: “I would love to be able to believe her. I trust her, I really do, but at the same time, it’s hard for me to believe that she gets to America and suddenly she’s pregnant.”