What to Expect From 90 Day Fiancé Season 8 Episode 4? 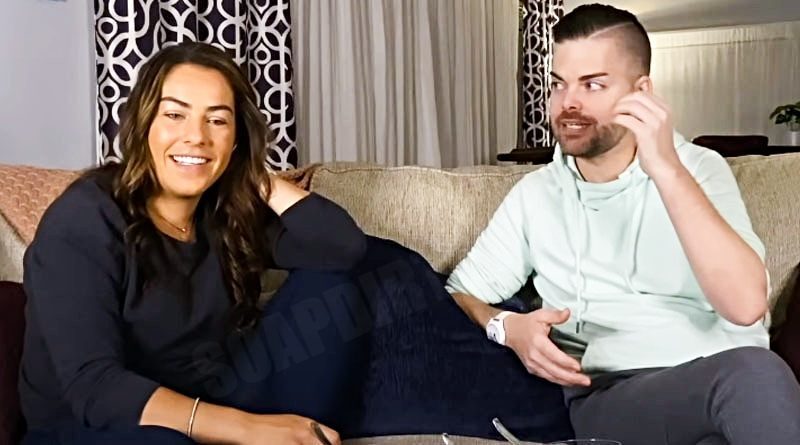 In the 3rd episode of ’90 Day Fiance’ Season 8 that dropped this week, Julia asks Brandon to talk to his parents. Yara meets Jovi’s mom and grows even more uncomfortable. On the other hand, Andrew is hoping to bring his French fiancee to the U.S. while Hazel is in for a shock after seeing Tarik’s living conditions. Now, the eighth season is all geared up to drop its 4th episode. And here is everything we know about it!

The upcoming episode is called ‘Bless This Mess’. And here is its official synopsis as outlined by TLC: “Julia pushes Brandon to confront his parents. After meeting Jovi’s mom, Yara feels even more uncomfortable. Andrew hopes to get his French fiance to the US. Hazel is surprised by Tarik’s living conditions.”

Julia spends her first day in the US while Hazel reaches Virginia. We also get introduced to the newbies, Amira and Andrew. Julia is upset that Brandon’s parents won’t allow them to stay in the same room. She is also not so happy about the upcoming family time. Brandon promises that he will try talking to his parents again. Jovi and Yara get ready to meet his mom. Gwen, after meeting Yara, says in a confessional: “Of course I can see why Jovi is attracted to Yara. Of course, she’s pretty. I can see that. But if I don’t like her and if I get a bad feeling, I’m going to open my mouth. I can’t watch him make a mistake and not say anything.”

Andrew, who is from California, works in a daycare center. He says: “It’s certainly not a profession that men find themselves in, but I think that a positive male influence is incredibly important.” Amira, who he met on a dating site, is a 28-year-old French woman. They both have different personas. While Andrew is a loner, she loves hanging out. She says: “I like to talk to my friends, hang out with them. I like to buy makeup and look at makeup news everyday…Other than that, I’m always daydreaming about love, the perfect relationship, and the perfect life I can have.” Natalie is on her way to Mike’s house but she thinks that the road is scary. She states: “This house looks like from a movie. It’s like from horror movies. I just hate horror movies.”