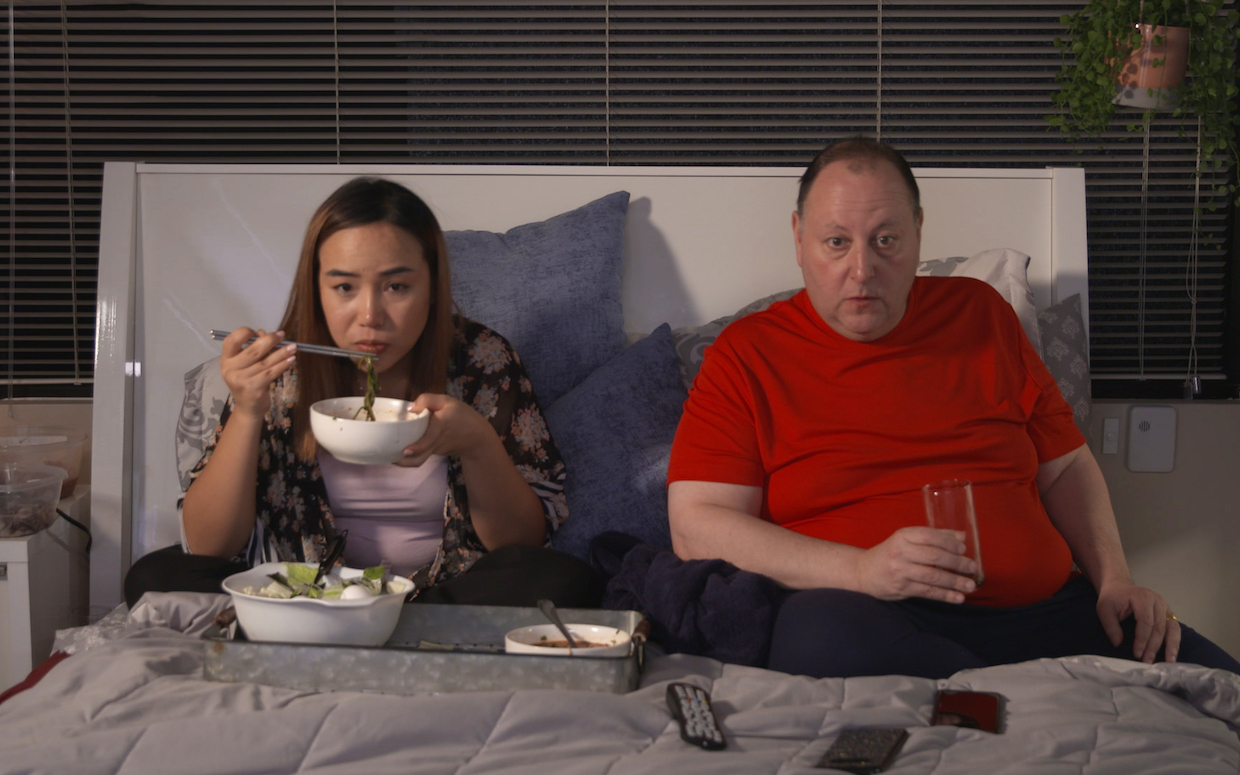 TLC has discovered a mind-blowing way to make the best use of the most desperate situations. With the rampant COVID-19 pandemic that has placed everyone in self-isolation, the channel decided to launch a mini-series revolving around stars from the ’90 Day Fiance’ franchise. Aptly titled, ‘Self-Quarantined’, the show has no crew to shoot the episodes. Instead, the reality stars have filmed the scenes in their own homes.

Excited yet? Well, the reality show debuted with its first episode on April 20, 2020. Now, it is all set to release its next part. Read on to know everything about ’90-Day Fiance: Self-Quarantined’ episode 2.

You can watch ‘90 Day Fiance: Self-Quarantined’ Episode 2 if you have a cable connection, by tuning in to TLC at the above time slot. You can also watch the released episodes online or on-demand by logging into TLC’s official website.

If you are not a cable person, you can catch the series on multiple live-streaming services such as Directv, Sling TV, and Fubo TV.

The inaugural episode showcases how the ’90 Day Fiance’ stars are coping up with self-isolation in these trying times. We learn that Colt is living with his mum and her six cats. The two are keeping their spirits up with continuous conversations and by treating themselves. His ex Larissa has not contacted him and after losing his job, Colt is thankful that he has enough savings to help him get through the current, tough days. Colt is extremely concerned about his mother since she falls in the high-risk age group of being infected by the Coronavirus.

Next, we get a sneak peek into David and Annie’s life. The married couple is spending their time by helping others in need — supplying groceries and not unnecessarily stockpiling for themselves. The duo is also against the anti-Asian bias that’s becoming rampant after the pandemic. Since Annie herself is Asian, she says that now, she is sticking only to Asian markets. She passes her time cooking in the kitchen of the new home they had recently moved into.

Cortney reveals that her relationship with Antonio is over. Currently, she is staying with her boss Andy from Germany. They really seem to be more than friends and are very much enjoying each other’s company. On the other hand, Danielle is irritated as she is staying with seven people. This includes her grandkids and pets. On the job front, she is undergoing huge losses and she still needs to go out every day — which is risky for her health. Danielle is currently divorced from her husband Mohammad.

Elizabeth and Andrei are tending to their baby at home. The couple gets into a lot of arguments, mainly for money. With Elizabeth working in her father’s real estate company, she is the only earning person in the family. But now her pay is low and this has led to monetary constraints. Well, that’s all! For more insights into the rest of the couples’ lives, we will have to wait for next week. Until then, stay tuned!