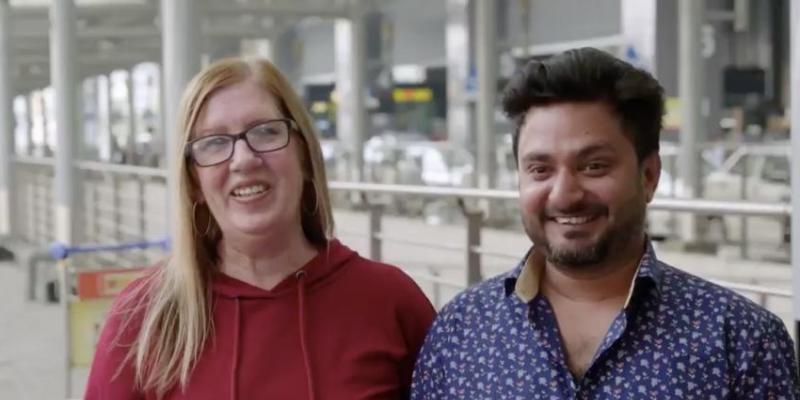 Since its inception on January 12, 2014, TLC’s ‘90 Day Fiance’ has been entertaining the audiences by sharing heartwarming stories of love that stretches across international borders. Over the years, it has spawned several spin-offs, including ‘90 Day Fiance: The Other Way.’ It puts a twist on the parent series by featuring pairs, where the American partner leaves their home country to permanently move to the hometown of their significant other. Season 2 of the spin-off series premiered on June 8, 2020, with two back-to-back episodes.

It introduces us to the first batch of couples – Yazan and Brittany, Jenny and Sumit, Kenneth and Armando, and Ariela and Biniyam. Head to the recap section, to know more! Now, you must be wondering about what goes down in the upcoming episode, i.e., ‘90 Day Fiance: The Other Way’ season 2 episode 3? Well, we are here to help you with that.

The upcoming episode is titled ‘Heart My Broken.’ In the episode, Deavan might be in two minds about moving back to South Korea, while Kenny might have to sit through an emotional family dinner. Ari will have to deal with difficult questions regarding Biniyam, from her family. Jenny might take another step towards Sumit, while Brittany might head to Jordan along with a secret.

Where to Watch 90 Day Fiance: The Other Way Season 2 Episode 3 Online?

You can watch ‘90 Day Fiance: The Other Way’ Season 2 Episode 3 if you have a cable connection, by tuning in to TLC at the above time slot. You can also watch the released episodes online by logging into TLC’s official website. There are several other streaming options as well. You can live-stream the series on Philo TV, Directv, Sling TV, Fubo TV, or YouTube TV. Previous episodes are available for rent on Amazon Prime Video.

‘90 Day Fiance: The Other Way’ season 2 episode 1 is titled ‘Home Is Where the Heart Is,’ while episode 2 is titled ‘The Truth Will Set You Free.’

The episode begins with an introduction of the first four couples. First up is Brittany and Yazan. The 24-year-old Jordan native is a mechanical engineer who is in love with a 26-year-old Florida-based rapper and model Brittany. She is worried about moving to Jordan because of their regressed customs and traditions, while Yazan wants her to adopt the Jordan lifestyle. Turns out, Brittany has been stalling the marriage because she is still married to her toxic ex-husband and is struggling with the divorce process. “To be honest with you, I forgot I was married,” she tells in a confessional and is scared to convey it to him.

Fan-favorites Jenny and Sumit return to give their romance, another shot. In season 1, Brittany moved back to California after learning that Sumit is already in an arranged marriage. However, she has agreed to move to India if Sumit divorces his wife. He tells her that it’s a complicated process as her wife is claiming physical abuse and he will have to pay $20,000 as compensation. She applies for her Social Security benefits to aid Sumit in the divorce process.

Then we have Kenneth and Armado, the first gay couple of the whole franchise. 57-year-old Florida native Kenneth met 31-year-old Armando from Mexico, at a support group for gay fathers. The father of three, Kenneth, has sold his house to move to Mexico to be with Armado and his daughter. However, Armado’s homophobic family had pushed him back to the closet four years ago. Armado gathers the courage and reveals everything to his sister, who understands his situation and apologizes for calling him a “sinner” back then. They get emotional and hug each other.

The last couple of the episode is Ariela and Biniyam. The New Jersey native Ariela is six-months pregnant with the baby of her Ethiopian fiance Biniyam. Ariel’s mother, who is an emergency and trauma nurse has decided to travel with her daughter to Ethiopia to help during the delivery as the doctor has warned her of C-section complications.