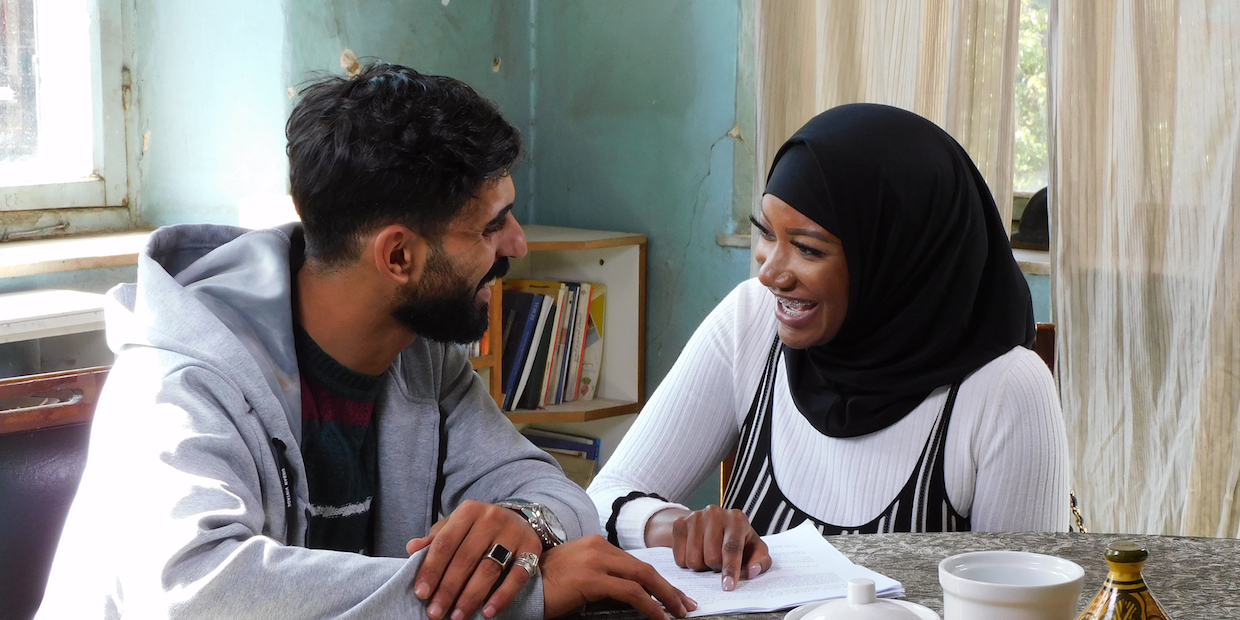 In the latest episode of ‘90 Day Fiance: The Other Way’ season 2, Brittany expresses that she is heartbroken because of all the humiliation she suffered at the hands of Yazan and his parents. After a gap of over nine months, Kenny and Armando come face-to-face with each other. Jenny is skeptical about Sumit’s intentions after speaking with the attorney. Tim makes a move to Colombia to be with his love, Melyza. Head to the recap section, to know more. In case you wish to know the details of ‘90 Day Fiance: The Other Way’ season 2 episode 9, we have got your back!

The upcoming episode is titled ‘Crossing the Line.’ In the episode, Deavan might demand Jihoon to come clear of all the lies he has been feeding her all this while. Tim and Melyza’s reunion might not end well. Ariela’s mother might continue to dominate her daughter’s choices, while Brittany and Yazan might ask a mediator to intervene. All the excitement about starting a new life together might fade away when Kenny and Armando take their first trip into town.

Where to Watch 90 Day Fiance: The Other Way Season 2 Episode 9 Online?

You can watch ‘90 Day Fiance: The Other Way’ Season 2 Episode 9 if you have a cable connection, by tuning in to TLC at the above time slot. You can also watch the released episodes online by logging into TLC’s official website. There are several other streaming options as well. You can live-stream the series on Philo TV, Directv, Sling TV, Fubo TV, or YouTube TV. Previous episodes are available for rent on Amazon Prime Video.

The episode is titled ‘Rude Awakening.’

Brittany and Yazan’s drama continues in the car as she cries, “I did everything you asked me to do… What was it? I shouldn’t have come here.” Yazan defends his parents by saying they felt disrespected when Brittany tried to stall the wedding plans. Brittany is having none of it and says, “I don’t ever want to see your parents again. I’m done,” before apologizing for freaking out. Later, we see Yazan surprising Brittany by decorating their house with rose petals. She calms down and he assures her that together, they can find a solution for everything. He also asks Brittany to speak with his uncle.

Tears are shed when Armando and Kenneth reunite. After their first night together, Armando surprises his beau by making breakfast for him and then they head out for a drive. While they stop to grab lunch, Kenneth gets nervous upon realizing that him not knowing Spanish can create a huge communication gap. He says, “I’m realizing that this is my life and I can’t live my life through him. Somehow, someway, I have to get by and it’s scary.” Despite that, he is looking forward to meeting Armando’s parents. We are then introduced to 23-year-old marketing executive Melyza who talks about how Tim is going to have to work hard to regain the trust she has lost in him after his cheating scandal.

Sumit’s lawyer informs Jenny that divorces in India take years to get finalized. However, the good thing is that Sumit’s ex has expressed her agreement on the first motion but there is no official paperwork available for them to view. Sumit’s friends make fun of Jenny before their arrival by referring to their relationship as a “grandmom and grandson walking.” Jihoon goes to his mother for comfort, and she tells him that Deavan should know that young Korean men are reckless. “Before they get married, they lie about this and that,” she says. Her words, not mine! However, Jihoon does remind her that it’s all his fault.