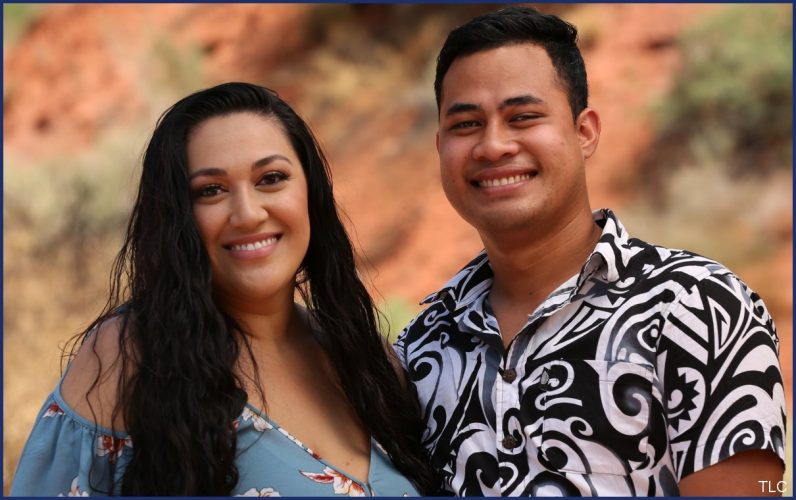 ’90 Day Fiance’ is an American documentary reality series that airs on TLC. The series first premiered on January 12, 2014, and has Sharp Entertainment as the production company backing the project. At first glance, ’90 Day Fiance’ appears to fall into the dating game show category. However, it would make the show something of a misnomer; ’90 Day Fiance’ is not an elaborate game show at all. It is instead a documentary-like close look into the culmination of a phenomenon that has become more and more frequent in the age of the internet: long-distance relationships.

Even though being a show dedicated to couples who are ordinary men and women, and the structure of a dating game show makes it a detour from the usual broadcasting theme for TLC, the show still sits well within the TLC modus operandi of being a network all about life and culture. After the massive plaudits and great reception the show had, it eventually spawned two new spinoffs, both of which have been serialized. The main show itself has had a total of six successful seasons so far. Here’s everything we know about ’90 Day Fiance’ season 7.

Being a reality TV show already discounts the idea of an ensemble cast to reappear between seasons, and ’90 Day Fiance’ is no exception to this case. Additionally, thanks to the show’s close approximation of a documentary format, it also does away with a central host figure – all the limelight falls on the actual couples every season, and a narrator figure, if any, remains unaccredited and unaccounted for. Thus the cast keeps changing over the seasons, as we see new couples falling in love, and deciding whether they should get married before one of them has to go back to their native country once the visa expires.

The cast for the new ’90 Day Fiance’ season 7 is as follows:

90 Day Fiancé Season 7 Release Date: When will it premiere?

TLC is not about to kill off one of their most successful shows, that has spawned a franchise, so we expect the show to continue for a few more seasons.

What is 90 Day Fiancé About?

As we mentioned earlier, ’90 Day Fiance’ is about a man or woman coming to their lover in America, trying to make a marriage work and cement their relationship to its culmination. The show, under this context, presents the trials and tribulations faced by couples who have to overcome seemingly impossible hurdles – including the culture shock, language barriers, the need to be accepted in a foreign society, and most importantly the legal approval and full citizenship. The legality, as a matter of fact, becomes the very basis for the show’s title.

All the foreigner lovers who come to the country do so under the effect of a K-1 visa, applied under the U.S. I-129F petition. The visa gives the couples a grace period of 90 days to get married – failure to do so would tantamount to a nullification of the visa’s validity. Each season presents six couples like this, and how they succeed to make the relationship work overcoming all the difficulties.

While this sounds all very dramatic, it is the exact kind of reality television that one would want to tune into to escape their daily drudgery, and then turn off, once they had their dose. However, the show draws in viewers to the stories of the couples, and we realize that some of them actually have the purest intentions at heart. They might have met online, or during the course of their travels abroad, and have now decided to give their relationship a chance.

However, they have to do so under the pressure of a ticking clock, and this leads to a lot of drama, tears, arguments, all the while when the cameras are watching. The foreigners appear to come from various parts of the world like Jakarta, Mexico, Russia, and Jamaica. They have to rush through all the rituals of courtship before their time is up. This includes meeting the families, who more often than not, unsurprisingly, are not on board with their family member deciding to marry a total stranger.

In the recent political context of America, and what it means to be American, the show has taken on a new light, and has gone beyond reality television to brutally attack and portray the American dream. There are several instances where the families are open about their xenophobia, while some cases show the foreigners to be manipulative, using marriage to gain citizenship. It is pertinent to ask these questions and ’90 Day Fiance’ does exactly so, while keeping the drama alive. More importantly, it critiques the American dream that we have seen in movies and popular culture, and those about to get married are in for some cultural shocks, as they see that the American dream is very different in reality than the one they were led to believe.

The reason the show works is because of the heartlessness that lurks underneath the surface. No matter where any of the members on the show were born, they all made some subjective version of the American dream their own, and as a result, they volunteered to marry the love of their life against a ticking clock for a chance to stay there. However, once they actually arrive, they find the situation to be more dystopic and realize that the American dream is an alien one which they could not really grasp while they were back home.

Hopefully, in the upcoming season, the show will continue in a similar manner, and we will see more of these couples adjusting to the cultural shock, and deciding to give married life a shot for the chance to live in the USA.