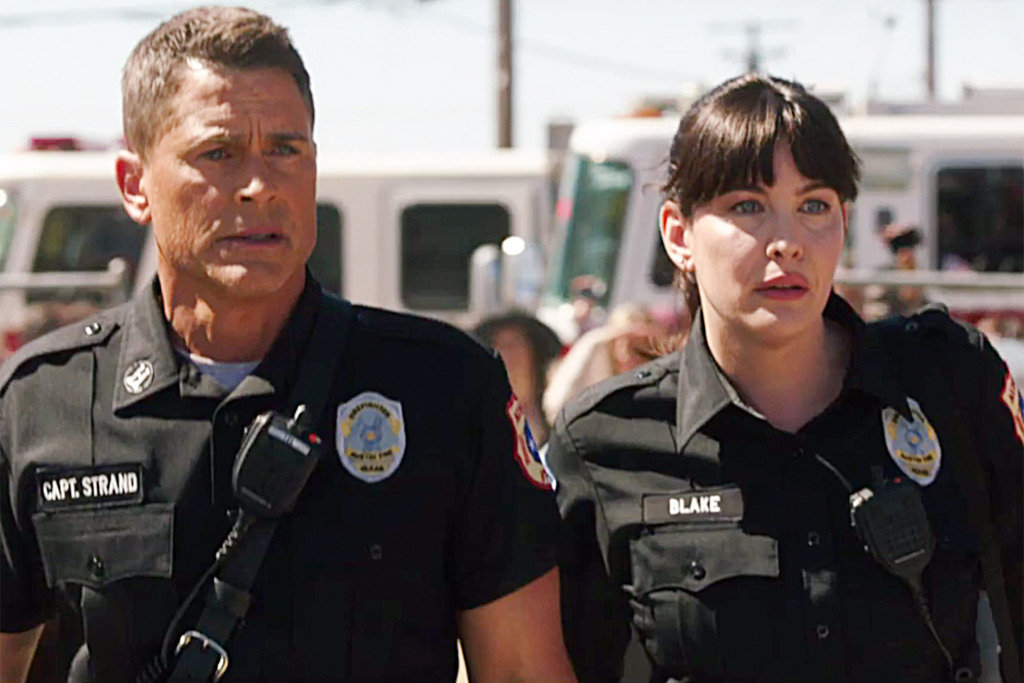 FOX’s ‘9-1-1: Lone Star‘ has successfully managed to present an edge-of-the-seat drama about a bunch of first responders in Austin, Texas. The series follows a staple that audiences have become well-versed with. It portrays multiple characters belonging to the same profession and depicts their personal conflicts as they get entangled with their professional lives. Such a mold is quite common with medical dramas.

The series has performed well in its opening season. In fact, it has managed to get similar ratings to its parent show, ‘9-1-1.’ ‘9-1-1: Lone Star,’ managed to rake in 6.5 million viewers each episode, on an average. ‘9-1-1’ had ratings of 6.7 million viewers each episode, on an average for its third season. Moreover, reception towards the show has also been largely positive, with several critics praising its escapist entertainment value. Now, in case you are wondering when will 911 Lone Star season 2 will release, here’s everything we know.

Let us begin with the most important question first. Has ‘9-1-1: Lone Star’ been renewed for a second season or has it been canceled? Well, there has been no official confirmation from FOX regarding a second season. Yet, chances of the show being renewed are extremely high. ‘9-1-1: Lone Star’ has managed to amass some decent television ratings and reviews for the show have also been mostly positive. In fact, it has outperformed several FOX shows like ‘Prodigal Son.’

Given its tremendous performance, the series should be picked up for a second season. If it does get renewed, ‘911: Lone Star’ season 2 release date could fall sometime in January 2020.

On the other hand, Liv Tyler from the ‘Lord of the Rings’ trilogy plays the character of Michelle. Jim Parrack plays the role of Judd, a firefighter. In the second season, we can expect all the actors to reprise their respective roles.

‘9-1-1: Lone Star’ follows a New York firefighter, Owen Strand who gets transferred to Austin, Texas with the responsibility of rebuilding a first-responders’ unit which gets destroyed in a fire accident. Strand deals with cancer while juggling his professional responsibilities.

Strand’s son, T.K. also moves with him and he is another major character on the show. T.K. deals with a breakup and addiction issues in the first season. He ends the season by telling the other firefighters about his addiction and being more certain about his partner, Carlos after waking up from a coma. The second season (if it happens) will most likely show Carlos and T.K.’s relationship blossoming.

Apart from Strand and T.K., various other first-responders belonging to the unit also serve to be integral characters on the television series. For instance, a paramedic named Michelle tries to locate her missing sister in the first season of the show. At the end of the season, Michelle actually manages to find out that her sister has been living on the streets.

Michelle decides to let her sister live on the streets since she (her sister) does not want to be helped. The second season will continue depicting Michelle’s character arc as her life will be changed majorly because of the revelation. The show should continue portraying the journey of its characters as they face more emergencies and newer personal conflicts as their lives go on. Furthermore, more crossovers with ‘9-1-1’ can also be expected.

You can watch the trailer for the first season of ‘9-1-1: Lone Star’ below.