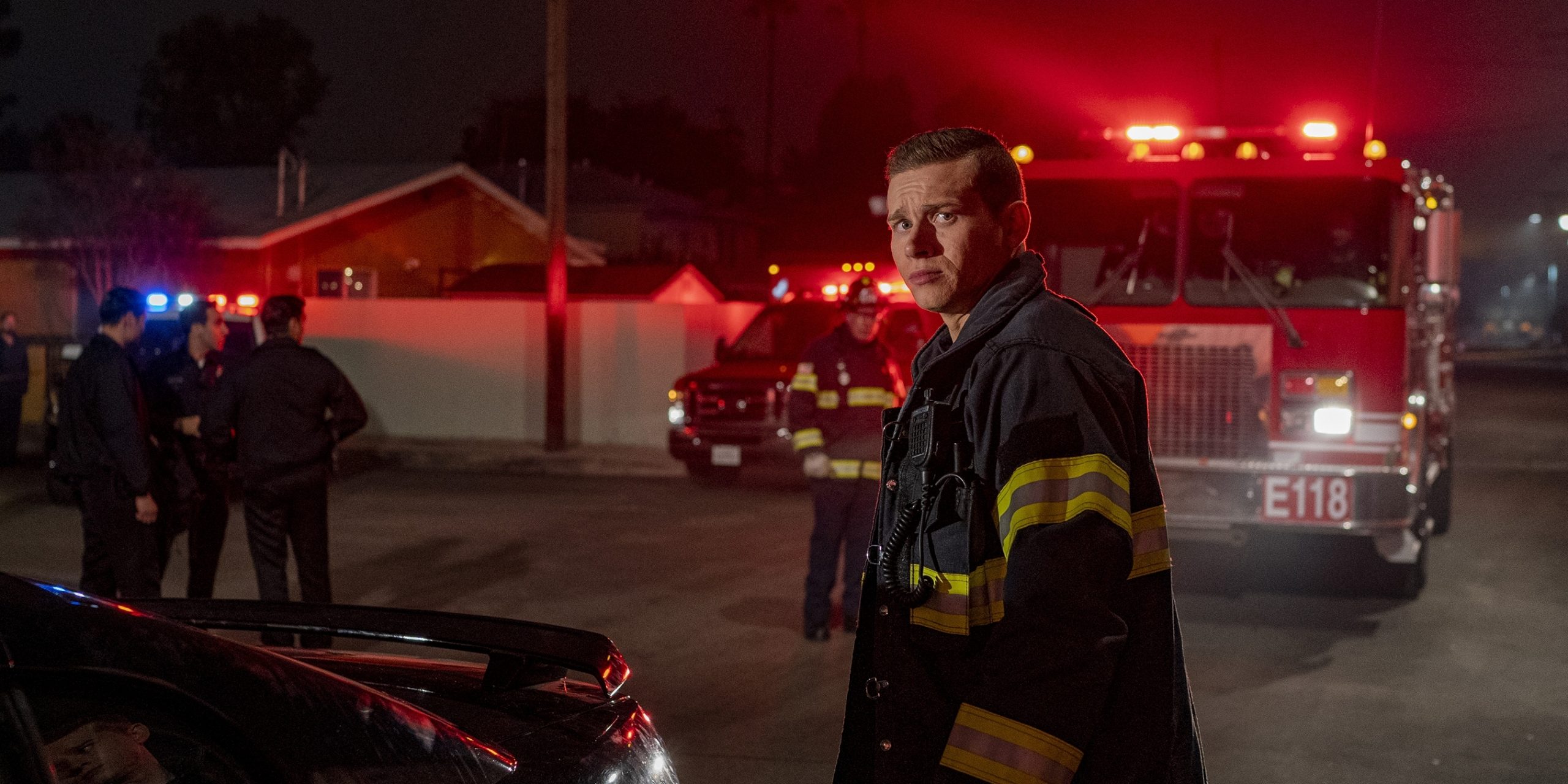 ‘9-1-1’ Season 3 has been throwing the curviest of curve-balls in the way of our favorite first responders at Station 118, which is not only affecting their professional lives but also their personal lives. In the latest episode of the procedural drama, titled ‘Pinned,’ Michael and Harry go camping to execute their annual tree-planting tradition and Bobby tags along, just in case.

Michael’s health is deteriorating with each passing day and since he is avoiding going for a surgery, he breaks down in front of Bobby and begs him to keep Michael’s memories alive for his 10-year-old son, should anything happen to him. Chimney confesses his love for Maddie, who doesn’t return the words but reciprocates the feelings and the two take their relationship to the next level. In a shocking turn of events, Josh’s recent past resurfaces to haunt him and everyone at 9-1-1 call center.

Well, below is an account of everything that could go down in ‘9-1-1’ season 3 episode 14, after the cliffhanger ending. But before that, let us walk you through the release date and streaming details of the episode.

You can watch the ‘9-1-1’ season 3 episode 14 by tuning to Fox at the above-mentioned time. You can also catch the show on Fox’s official website and on the Fox Now app.

The upcoming episode is titled ‘The Taking of Dispatch 9-1-1.’

Firstly, does the episode title remind you of something? Come on! Jog your memories a little. Nothing? Well, it’s a direct reference to the 2014 found-footage supernatural film ‘The Taking of Deborah Logan.’ And the events that may transpire in the upcoming episode are horrifying to say the least. Josh Russo has recently been assaulted by his catfish-date Greg, who, along with his thug friend, left Josh bruised and beaten after setting him up for an open-air movie date at the cemetery. Well, Josh’s physical and mental wounds have not even begun healing yet and he is forced to face his assaulters again, who break in and hold the entire 9-1-1 call center hostage in the upcoming episode.

All thanks to Maddie’s “I Love You” signal to Chimney, who might have sensed the danger, the team might rush to the rescue of the operators. The episode might throw light on the team spirit of the unit who shall pull out all stops to make sure all the operators are unhurt and the dangerous perpetrators are caught once and for all, and put behind bars. Apart from Josh, the whole scenario can be a traumatic experience for Maddie, who has a long history of trauma because of her abusive relationship with her ex boyfriend, Doug.