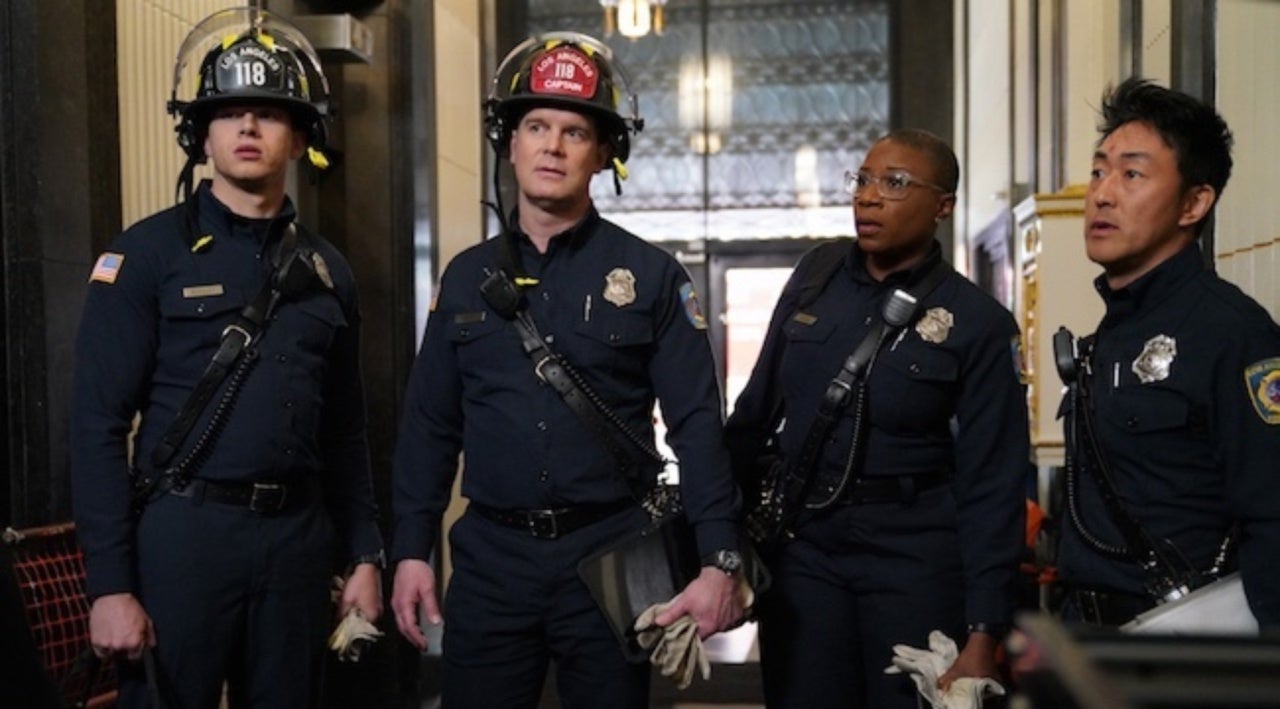 Set in Los Angeles, procedural drama series ‘9–1–1’ revolves around the professional and personal lives of police officers, paramedics, firefighters, and dispatchers. A show covering various branches of first responders is nothing new. NBC’s Chicago franchise is a successful, bigger, and older example of this. The great thing about ‘9–1–1’ is how seamlessly the showrunner Tim Minear switches back and forth between the branches to weave a complex story that is entertaining, engaging, and character-driven. The show premiered on January 3, 2018, and has since become one of the most successful TV series on Fox today, evening spawning a sequel, ‘9-1-1: Lone Star’. With the third season enjoying unprecedented ratings, it was already given that Fox was going to renew the show. Here is what we know about it.

911 Season 4 Release Date: When Will It Premiere?

TV is better with #911onFOX, and we're keeping it that way! 🚨🙌 pic.twitter.com/07TIhJDsPX

“9-1-1 and 9-1-1: Lone Star are truly two of the strongest and most thrilling dramas on broadcast television, as well as being centerpieces for Fox Entertainment,” Fox’s president of entertainment Michael Thorn stated to Deadline. “Creators Ryan Murphy, Brad Falchuk and Tim Minear, as well as their incredible teams of writers, directors, casts and entire crews, make jaw-dropping, edge-of-your-seat magic in every episode. From Los Angeles earthquakes and tsunamis to Texas-sized tornados and bucking broncos, both shows deliver incredible spectacle with strong, identifiable characters you care about week to week. We eagerly look forward to many more thrilling rescues in both series, which help honor this country’s brave first responders, as well as those around the world.”

The production of season 4 is bound to be affected one way or another due to the COVID situation. As it was missing from Fox’s 2020 fall schedule, ‘9–1–1’ Season 4 is likely set for a midseason return in 2021.

Most members of the main cast are set to return in season 4. Aside from them, John Harlan Kim (‘The Librarians’) is joining the main cast as Howie’s younger half-brother Albert.

‘9–1–1’ season 3 drew the curtains on some of their storylines while setting up a few others. Abby makes her return in the penultimate episode. Buck, who was previously in a relationship with her, discovers that she has fiancé now, Sam (Travis Schuldt). The finale offers the erstwhile couple a much-needed closure. Maddie and Howie find out that she was sick earlier because she is pregnant with his child. Athena finally opens up to victim’s advocate Dr. Kara Sanford (Brooke Shields) about her recent ordeal with a serial rapist. Elsewhere, Michael is told by his doctor that he is positively responding to the treatment, and the size of his brain tumor has reduced by 30%. After Hen’s family realizes that she is secretly preparing for MCATs, they happily decide to help her.

In ‘9–1–1’ season 4 Abby will most likely not appear, as that chapter in Buck’s life is pretty much over. Michael, with a new lease on life, might date the doctor he meets in the hospital elevator in season 3. Athena’s trauma might be explored further in the following season, which means more appearances from Shields. The series will likely depict how Hen balances her life as a firefighter/paramedic with her preparations for the MCATs. It might also show how Maddie and Howie deal with their impending parenthood.

Read More: Where Was Reno 911 Filmed?