Will There be a 9JKL Season 2? 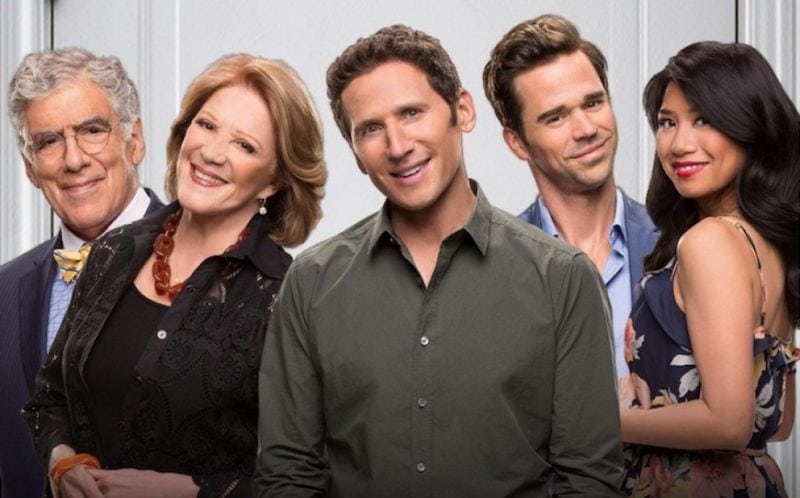 Although exceptions are always round the corner, sitcoms follow the golden rule of TV: like in every genre and medium of entertainment, the bulk of shows in the mainstream always gravitate towards the trends of its time. You can almost connect the dots through the years: although Seinfield was one of a kind in its time, the ’90s had a number of shows like Friends where a bunch of misfits huddles together in their uptown apartments. How I Met Your Mother and Big Bang Theory continued this trend into the 2000s.

Right at the mouth of the 2010s, however, a short-lived trend saw shows with a common premise: an adult moving back in with their parents for different reasons and with different caveats, but almost always to the same effect of desperately trying to breach and reconcile the generation gap. It possibly started with Hank (premiered 2009) and was a common theme among shows like Retired at 35 (premiered 2011) and How To Live With Your Parents (premiered 2013).

None of the shows had hit it big, and none crossed 2015. It is curious why CBS had chosen to relive that trend last year with 9JKL, by premiering in 2017 and garnering moderate reviews from viewers. Now, the question arises: will there be a 9JKL season 2? We will delve into that question, but first let’s quickly look into the details of the series.

CBS is not known for going big for its comedies – perhaps the only star-studded shows as such (after M.A.S.H.) has been How I Met Your Mother and Big Bang Theory, and even then Jim Parsons was a relatively unknown name before the latter was produced. 9JKL therefore never came with the promise of a high-octane cast with A-list celebs. Thankfully, 9JKL is no Kevin Can Wait either – as its side-character actors far outshine the average sitcom standards. Mark Feuerstein snags the most screen-time and is the primary focus with his portrayal of Josh Roberts, and although his character is hardly given any compelling developments, he manages to work with it to the best of his abilities.

Unfortunately, a lacklustre script in the show seems to let down an otherwise experienced cast. Mark Feuerstein comes from his Prison Break (2017) and The West Wing (2001-2005) fame, but Elliot Gould is the biggest CBS star on the stage here, being a member of the OG M.A.S.H. in the ’70s. Alongside Gould’s Harry Roberts (Josh’s father) is Linda Lavin’s Judy, another 70’s CBS star known for her role in Alice (1976-1985). By far the better performances come from the flat-neighbour ensemble trio, though. Liza Lapira is as steady as ever as Eve, but it is Albert Tsai who really steals the show as Ian along with David Walton’s (About A Boy, New Girl) Andrew Roberts with their impeccable comedic timing.

9JKL Plot: What is it about?

9JKL, as a whole, is quite basic and uninspiring from a critical standpoint – it checks almost every box on an apartment-sitcom cliche list, and the writing does not elevate it much higher from its boilerplate live-audience stuff. The jokes are all over the place, and the only glimpse of commendable bits of humour comes from interactions outside the main father-son-mother trinity – from the side characters, so to speak. If there is one other saving grace for this show, it is the simplicity of its premise. The show, apparently based on Feuerstein’s real-life experiences, follows Josh Roberts – a recently divorced actor – as he moves to New York from L.A. after his TV gig gets cancelled.

The NYC apartment he moves to, to his dismay, is adjacent to that of his parents (naturally, the show’s conflict from there on out is Josh’s attempts to set up barriers, and the family reunion forced upon him). Herein lies the show’s premise; the name 9JKL simply alludes to the apartment names – 9J, 9K, and 9L.

9JKL Season 2 Release Date: When will it premiere?

Despite all of its shortcomings, 9JKL was miraculously not the worst sitcom on CBS on the slate during its original 2017 four-week run. Its neighbour shows were the devious row of Living Biblically and Wisdom of The Crowd – and both these titles, along with Me, Myself, & I, never got to see a second season greenlit by the network. 9JKL might not have been razor-sharp, but let us face it: neither was Big Bang Theory for quite some time. In its premiere run, it had started out on a mediocre rating of 1.6 in adults from 18 to 49 of age and held it steady with an average 7.2 million viewers (8.2 mils on launch day) and a 1.4 rating.

Sadly, though, the writers really hit the nail on the coffin when they failed to extract any dint of interest from a challengingly stale premise – the usual parent/son boomer/millennial dynamic will only get one so far, after all. Hence, officially, 9JKL season 2 stands cancelled after its debut season, as CBS spokespersons announced on May 21, 2018.

You can watch the trailer for season 1 of the show below: