Will There be an A Babysitter’s Guide to Monster Hunting Sequel? 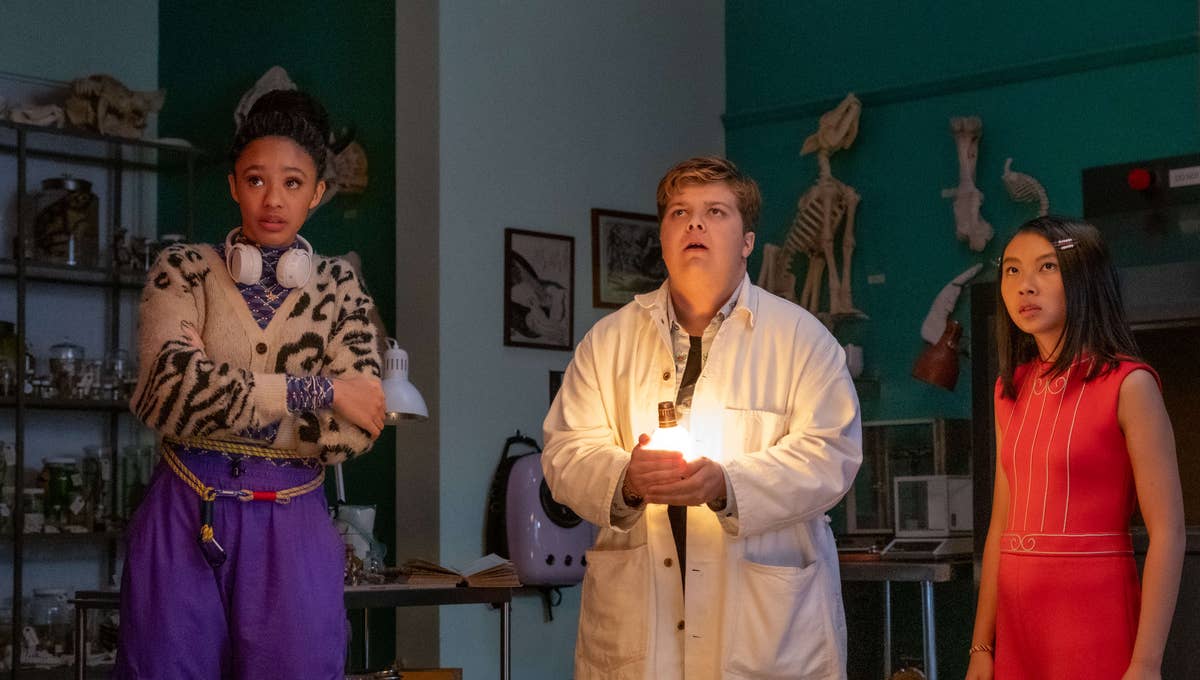 Directed by Rachel Talalay (Doctor Who), Netflix’s Halloween 2020 film ‘A Babysitter’s Guide to Monster Hunting’ revolves around a teenager Kelly Ferguson (Tamara Smart), who reluctantly agrees to babysit her mother’s boss’ son. However, he gets abducted by the same monster that terrified Kelly as a child. Kelly discovers that the world is infested with similar creatures intending to prey on young children.

She also learns about the presence of an international clandestine organization of babysitters that fight them. Following the movie’s release, it received positive reviews from its target audience – children and young adults. If you are wondering when ‘A Babysitter’s Guide to Monster Hunting 2’ will come out, here is everything we know.

‘A Babysitter’s Guide to Monster Hunting’ premiered on October 15, 2020, on Netflix. Since the film has just been released, there is no official confirmation about a sequel yet.

However, the movie is based on the first book in a popular eponymous trilogy by Joe Ballarini, who also penned the screenplay. Ballarini sold the filming rights of all three stories to Walden Media and The Montecito Picture Company in May 2015, about a month after he had sold their publishing rights to HarperCollins imprint Katherine Tegen Books.

Considering all this, along with the favorable response that the film has been receiving, it is quite safe to assume that the streaming giant might soon greenlight the production of a film based on the second book in the trilogy, ‘Beasts & Geeks.’ If that happens, we expect ‘A Babysitter’s Guide to Monster Hunting 2’ to release sometime in 2022 or later.

A Babysitter’s Guide to Monster Hunting 2 Cast: Who can be in it?

Aside from Tamara Smart, ‘A Babysitter’s Guide to Monster Hunting’ stars Oona Laurence as Liz Lerue, Ty Consiglio as Curtis Critter, Troy Leigh-Anne Johnson as Berna Vincent, Lynn Masako Cheng as Cassie Zhen, Ian Ho as Jacob Zellman, Indya Moore as Peggy Drood, and Tom Felton (‘Harry Potter’ film series) as The Grand Guignol. If there is indeed a sequel, Smart, Laurence, Consiglio, Johnson, and Cheng are most likely to reprise their roles.

Cameron Bancroft and Momona Tamada, who portray Kelly’s parents, might also return. Even Ho and Moore’s characters might appear in the sequel. Felton, who received top billing for the movie, might not come back for a sequel, considering his character was killed in the climactic scenes. However, the story is set in a world where magic exists. So, The Grand Guignol’s resurrection is quite possible.

A Babysitter’s Guide to Monster Hunting 2: What can it be About?

As mentioned above, the sequel will most likely be based on ‘Beasts & Geeks.’ The Grand Guignol was just one of the seven Boogeypeople or top-tier monsters. The others, including his older sister, Serena – the Spider Queen, are still out there. It is heavily implied in the first film that Serena is going to appear in the sequel. Liz and Kelly might embark on a mission to find Liz’s brother, Kevin. Kelly might finally go out on a date with her crush, Victor.

When Kelly Ferguson was a child, her nightmares used to come alive. As a teenager, she has acquired a nickname from her peers because of it – “Monster Girl.” She dislikes the moniker and has come to believe that her childhood experiences were nothing but figments of her imagination. However, Jacob, the child she is babysitting, also has nightmares, which then manifests into the real world. Soon, Jacob is taken by a monster from Kelly’s childhood, a being known as The Grand Guignol.

Kelly sets out on an incredible but dangerous journey to rescue him. She is helped by Liz, Curtis, Berna, and Cassie, all members of an organization known as the Order of the Babysitters, whose primary mission is to protect gifted children such as Jacob. The heroes learn that to kill The Grand Guignol, they must push a concoction known as Angel Fire into his heart with a powerful move called the Monster Punch.

Kelly, who is a math wiz, figures out the exact power she needs to generate a Monster Punch. With Liz and Berna’s help, she kills The Grand Guignol and rescues Jacob. In the closing scenes, Liz makes her a babysitter-in-training and gives a tablet containing the eponymous guidebook, which has information on all the known monsters in the world.