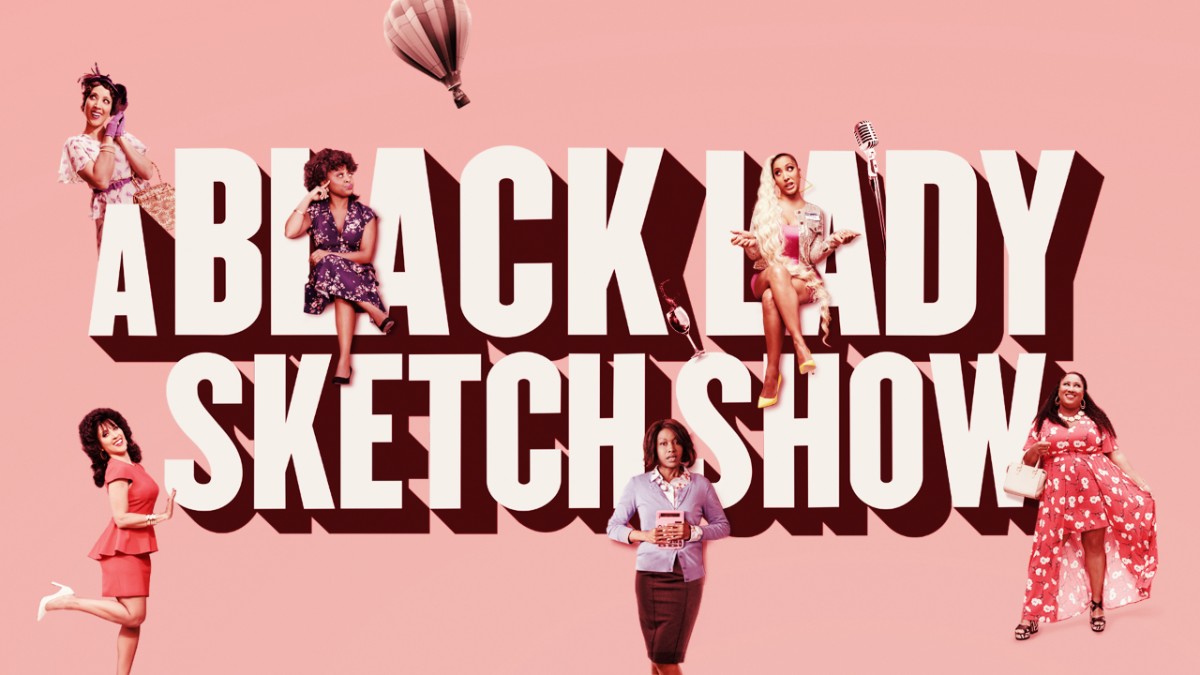 ‘A Black Lady Sketch Show’ is an HBO series that is set in an imaginary, magical reality. The sketch comedy show is created and written by Robin Thede and executive produced by Issa Rae. It features multiple comedy sketches performed by a group of African-American female comedians and celebrity guests.

A Black Lady Sketch Show Cast: Who is in it?

The core cast of ‘A Black Lady Sketch Show’ comprises Robin Thede, Issa Rae, Ashley Nicole Black, Gabrielle Dennis, and Quinta Brunson. Thede, an American actress, is also a writer, sketch and improvisational comedian. She is the first African-American woman to serve as the lead writer for a late-night talk show, namely, ‘The Nightly Show with Larry Wilmore’. Rae, an actress, writer, director, producer, and web series creator is best known for her work on the YouTube web series ‘Awkward Black Girl’. Black (‘Full Frontal with Samantha Bee‘) is a comedian, actress, and writer while Dennis is widely recognized for ‘The Game‘, ‘Blue Mountain State’, and ‘The Underground’. She has also appeared on ‘Luke Cage‘. On the other hand, Brunson has produced multiple BuzzFeed Video content and the show, ‘Girl Who Has Never Been on a Nice Date’.

The core cast members of the show are expected to return for season 2, if and when it happens. You can also expect several new guests to join the hosts.

A Black Lady Sketch Show Plot: What is it about?

‘A Black Lady Sketch Show’ transports us to a magical dimension where there are no limits. It revolves around the five leads and hilarious celebrity guests who perform numerous sketches. Packed with fun, irreverence, and self-awareness, it introduces us to a lot of amazing scenes which can be definitely reshared on social media.

In one of the sketches, characters discuss ashy complexion and a support group that gives its opinion on the ridiculous standards of beauty set by Instagram, including lash extensions and waist trainers — which also requires females to be “bad bitches” throughout the day. Again, Black appears on one scene as a government spy, smoothly infiltrating criminal organizations because of her size and looks, which make her “invisible in society’s eyes”.

Yet another sketch follows Thede, Black, Brunson, and Dennis as they enact their exaggerated counterparts and expose the stereotyped grades of blackness. One episode of first season pays homage to “Pose” and ballroom culture while another brings in a twist to the classic ‘Romeo and Juliet’ tale by combining it with hip hop and pop culture references. Other scenes revolve around a parody of the 1980s sitcom ‘227’ and a sketch on church open mics.

‘A Black Lady Sketch Show’ comprises a complete black-women-led cast, including black writers and creators. This in itself is a noteworthy fact. Additionally, its focus on the strong bond among the lead characters and the uncanny creativity in its onscreen sketches are amazing. With its seamless writing and narration, it brings in that much-needed twist to TV comedy.

A Black Lady Sketch Show Season 2 Release Date: When will it premiere?

‘A Black Lady Sketch Show’ season 1 premiered on HBO on August 2, 2019. Comprising six, 30-minute-long episodes, it concludes on September 6, 2019. It mirrored some of the famous, classic sketch titles such as ‘Chappelle’s Show’, ‘Inside Amy Schumer‘, and ‘Saturday Night Live’. Bringing in diversity in terms of cast and thought, this is a constantly evolving genre. To add to the comedy avant-garde, we can also mention other names such as ‘I Think You Should Leave with Tim Robinson‘, ‘Alternatino‘, the African-American mockumentary ‘Sherman’s Showcase‘, and ‘South Side‘. All of these shows have opened to remarkable applause after their respective releases.

As far as the next season goes, we have good news for the fans. On August 27, 2019, HBO renewed the show for a second season. Even though no release date was revealed, you can expect ‘A Black Lady Sketch Show’ season 2 to premiere sometime in August, 2020.

You can watch a clip from the show below.