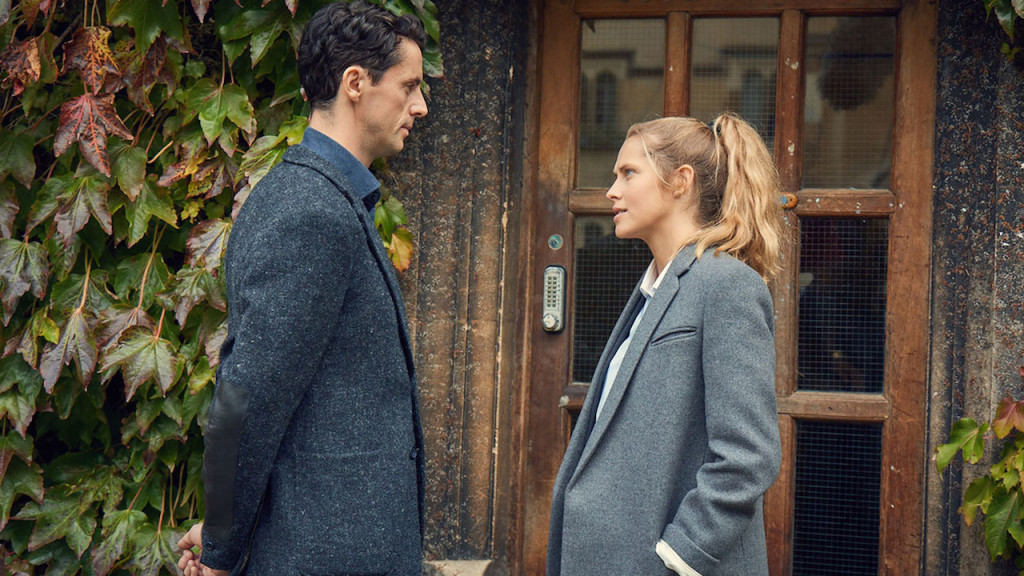 A Discovery of Witches is a British television series adapted from Deborah Harkness’ ‘All Souls’ trilogy, which was a New York Times’ bestseller. Sky One bought the rights to the book trilogy for making the series. Before Sky One, Warner Brothers were interested in turning this series into a film. The first season that premiered on September, 2018 received great love and admiration in the UK. From Janauary, 2019 onwards, the series also became available to US viewers on AMC’s subscription services Sundance Now, Shudder, and AMC Premiere.

Anne Mensah, who acts as the head of drama at Sky One, had this to say about the show, “Season one was a brilliant introduction to the All Souls world and the love story between Diana and Matthew. We can’t wait for the show’s fans to continue the journey with seasons two and three, become more enchanted by the characters, and watch the magic further unfold.”

The first season of the show was received extremely well by critics, so much so that it managed to garner 100% rating on the review aggregator website Rotten Tomatoes. Here’s how the website summaries the show: “A Discovery of Witches smartly grounds its flights of fancy with a lived-in authenticity and harnesses the chemistry between its two star-crossed leads to make for a promising foray into the occult.”

After the phenomenal season 1, fans would like to know about the next season. Here’s everything we know about it.

A Discovery Of Witches Cast: Who is in it?

The leading character of Diana Bishop is played by Teresa Palmer. This is surprisingly her first acting role on tv. Palmer recently said that all of the cast and crew were eager to do a second season because the finale of the first season would not have been an appropriate end to a show. Palmer did not have any idea that the trilogy was so famous before she took on the role and began her research. She says she was genuinely surprised to find out that there were podcasts and fan sites dedicated to the series.

A Discovery Of Witches Plot: What is it about?

The show mainly revolves around Diana Bishop who is a historian, but also a witch. She is hesitant to use her powers of witchcraft, but that changes when she comes across a manuscript in the Bodleian Library at Oxford University. The manuscript opens up new doors for her which she didn’t even know existed. It takes her down a path of research so that she could find out about the mystical beings mentioned in the book. It is at Oxford that she encounters Matthew Clairmont who offers to help her in her research.

After Dana discovers the book, she manages to acquire friends in the supernatural community. But on the other hand, this has also made her a target among the not-so-benevolent supernatural beings of the world. Dana and Clairmont steep further into the dark and magical underbelly of Elizabethan London. They meet old acquaintances of Matthew, who are also vampires, and their group called the School of Night.

One of the main objectives of the upcoming season would be to find a suitable teacher for Diana to teach her witchcraft, which she has never practiced it in her life. While talking about her character, Teresa Palmer said that she liked the fact that she was a brave woman who was always willing to take up challenges. Palmer believes that the humane quality in Diana, despite being a witch, is what has kept her relatable for the audience. She also spoke about the strong camaraderie she shared on set with co-star Matthew Goode during the shooting of the series. We can only expect is for things to get more adventurous and exciting in the next season.

A Discovery Of Witches Season 2 Release Date: When will it premiere?

A Discovery of Witches Season 1 premiered on 14 September 2018 on Sky One in the UK. It premiered on April 7, 2019, on both AMC and BBC America for the US audiences. Before this, it was only available for streaming in the US on Sundance Now, Shudder, and AMC Premiere.

In November 2018, Sky One renewed A Discovery of Witches for a second and third series. The second season will be based on the book ‘Shadow of Night’, while the third season will be based on ‘The Book Of Life’. The second season of the series is by Sarah Dollard and Susie Conklin, while Conklin, along with Jane Trantner, Julie Gardner, Lachlan MacKinnon, and Deborah Harkness herself are the executive producers.

As far as the air dates of the next season goes, we don’t have any confirmation on that yet. Our best guess is that A Discovery of Witches season 2 can release sometime in September, 2019.

A Discovery Of Witches Trailer:

Check out the trailer for the first season below and may be even watch the series again before the second season hits our TV screens: