Will There be a A Little Help with Carol Burnett Season 2? 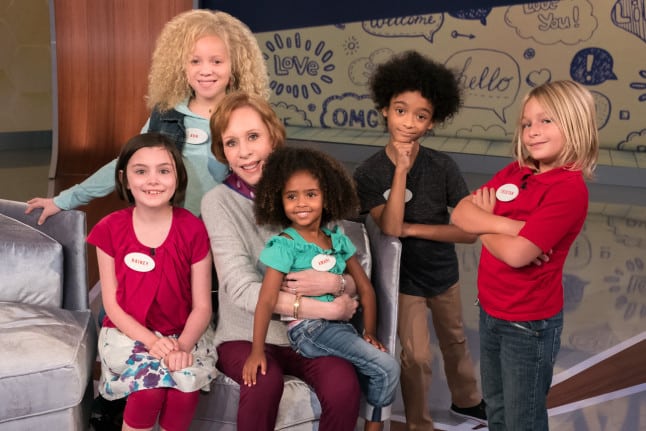 ‘A Little Help with Carol Burnett’ is a reality web television series written by Carol Leifer and Jim Wise, and directed by Sandra Restrepo Considine for Netflix. In each episode, the host is accompanied by a panel of bright, brutally honest five- to nine-year-old kids, offering unsolicited advice to a visiting guest star. The featured celebrity shares his or her personal problems, which can be anything — ranging from marriage, dating, self-care to parenting issues. The panel of bright kids then pitches in to give feedback as per their own viewpoints.

Season 1 of ‘A Little Help’ is executive produced by Carol Burnett, Steve Sauer, and Allen Shapiro. A bit similar to the concept of ‘Kids Say the Darndest Things‘, it also draws inspiration from NBC’s talent show ‘Little Big Shots‘. It launched on Netflix in 2018 as part of the streaming network’s efforts to enhance its list of unscripted series, which also include ‘Ultimate Beastmaster‘ and ‘Queer Eye’ reboot. Since its release, fans have been wanting to know if ‘A Little Help’ season 2 will happen. Well, here’s everything we know about it.

An entertaining and a light-hearted show, ‘A Little Help with Carol Burnett’ originally premiered on Netflix on May 4, 2018. The 12-episode reality show and Netflix original garnered more than 1 million views after its release, which is a bit low when compared to other talk shows.

Now, as far as its renewal is concerned, the status about its return was quite ambiguous for a while. However, the show’s production house, Dick Clark Productions, has already stated, “There will not be a second season of ‘A Little Help with Carol Burnett’ on Netflix.” Therefore, ‘A Little Help’ joins the slate of reality titles that did not manage to impress audiences. Some of these series include ‘The Joel McHale Show’ and ‘Norm MacDonald Has a Show’, all being canceled by the network.

The reasons for A Little Help’s cancellation is mainly because of its format which managed to garner only a luke-warm reception from viewers. Additionally, those who started watching it, did not make it to the last episode. In either case, ‘A Little Help with Carol Burnett’ season 2 is not happening and officially stands canceled.

A Little Help with Carol Burnett Cast: Who Is In It?

‘A Little Help with Carol Burnett’ is presented by Carol Burnett who offers unscripted advice to guest celebrities and other people about daily problems in front of a live audience. She also leads a panel of bright kids, aged between five to nine years. Burnett is a comedy icon who provides help to adult guests through her brutal honesty. She has been nominated 22 times for the prestigious Emmy and is a winner of six , within her career span of almost 50 years. Her fan-favorite title, ‘Carol Burnett Show’ aired for 11 years and was branded as one of the best variety-comedy series.

As per Mark Bracco, EVP, Programming & Development for Dick Clark Productions, “We couldn’t be more excited to be working on our first series with Netflix, and to be working with a comedy legend like Carol Burnett is truly a dream come true.” According to Bela Bajaria, VP, Content Acquisition for Netflix, “We’re thrilled Carol is bringing her unique sensibilities to Netflix. Carol is truly a legend in the entertainment industry with unprecedented success and fandom across TV, film and the stage, and we are both honored and excited to work with her.”

You can watch the official promo trailer for ‘A Little Help with Carol Burnett’ season 1 below. You can also head to Netflix if you wish to catch up on all the previous episodes from the show.