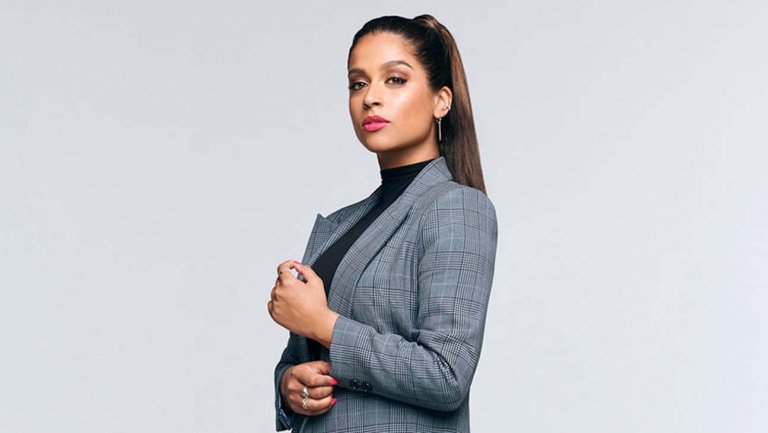 ‘A Little Late with Lilly Singh’ is a late night talk show that airs on NBC. The show made history by casting a South Asian female host. Replacing ‘Last Call With Carson Daly’, the show is executive produced by Lilly Singh alongside her business partner Polly Auritt. Featuring a mix of in-studio interviews, filmed segments, and comedy sketches, it credits John Irwin as the showrunner. Writers include Sean O’Connor, Marina Cockenberg, Sergio Serna, Mona Mira, Jen Burton, and Jonathan Giles.

A Little Late With Lilly Singh Cast: Who is in it?

Lilly Singh is a famous Indian-Canadian YouTuber, who is widely recognized by her username “IISuperwomanII” (a moniker she dropped in 2019 via an announcement on social media). Lilly launched her YouTube channel in 2010, where she shares comedy sketches (frequently featuring her Punjabi parents, Manjeet and Paramjeet, both played by her), raps and skits that parody ethnic and gender stereotypes, and motivational monologues. She started her video blog to tackle depression and soon, because of her energetic style and relatable subjects, it progressed to become a huge hit, garnering around 15 million subscribers. Over the years, she has collaborated with famous celebrities such as The Rock, Seth Rogen, Priyanka Chopra, Hasan Minhaj, and Nick Jonas, to mention a few names.

Lilly has also authored the best-selling book, ‘How to Be a Bawse: A Guide to Conquering Life’, and she spearheaded the social media movement #GirlLove, that preaches women to break the cycle of girl-on-girl hate.

‘A Little Late with Lilly Singh’ features the YouTube star as the first woman to lead a late-night talk show on a leading broadcast network. The last time we saw a woman hosting a title on the late-night slot was in the 1980s when Joan Rivers presented her own title, ‘The Late Show’, on Fox. Lilly is also the first bisexual woman to headline a series in this category.

A Little Late With Lilly Singh Plot: What is it About?

‘A Little Late’ replaces NBC’s ‘Last Call with Carson Daly’ which concluded in May 2019 after spanning 18 seasons and over 2000 episodes. As per an announcement on February 12, 2019, NBC stated that ‘Last Call’ would conclude in May 2019, as Daly wanted to concentrate more on ‘Today’, ‘The Voice‘, and additional new projects. NBC subsequently announced on March 14, 2019, that it would be launching a new talk show in the same time slot.

‘A Little Late’ follows a format which showcases in-studio interviewers with leading celebs from the world of entertainment, where Lilly engages in multiple fun activities and discussions. Additionally, there are Lilly’s signature, pre-taped comedy sketches and segments, both played and created by her. Of course, she also steps up her monologue game, that is the all-time favorite of fans. The show’s concept closely follows that of short-form content, which has created waves across social media platforms. We do know, ‘A Little Late’ throws the spotlight on Lilly’s social commentary skills, which takes a jab on issues such as gender equality, mental health, and sexuality.

According to NBC’s late-night executive vice president Doug Vaughan, “Lilly is truly a star and we’re thrilled to welcome her to our NBC family. She is a multi-talented performer who will surely have a great rapport with not only all her guests but also with our devoted late-night audience. We can’t wait to get started.”

A Little Late With Lilly Singh Season 1 Release Date: When will it premiere?

‘A Little Late With Lilly Singh’ season 1 premieres on NBC on Monday, September 16, 2019. Each episode of the show features a run-time of 30 minutes and follows a weekly schedule, airing every Monday at the same time slot. It is evident that Lilly won’t be attempting to imitate her predecessor, as she is already known for her unique style.

The series is followed by an hour-long primetime special on September 18, 2019, just after the two-hour finale of ‘America’s Got Talent’ season 14. It follows Lilly as she engages with the audience and entertains her fans through multiple sketches, games, and interviews.

We are yet to know if ‘A Little Late’ is geared more toward politics and the current scenario of the country, as we see on ‘Late Night with Seth Meyers’, or emulates the fun and games as we witness on ‘Tonight Show Starring Jimmy Fallon’. It might adopt a format that rests anywhere in between as well. We guess, we have to tune in, in order to gain a better insight.

NBC has not released a trailer for ‘A Little Late With Lilly Singh’ season 1. However, you can check out the clip below where she discusses her show while sharing a champagne toast with Jimmy Fallon and Seth Meyers.