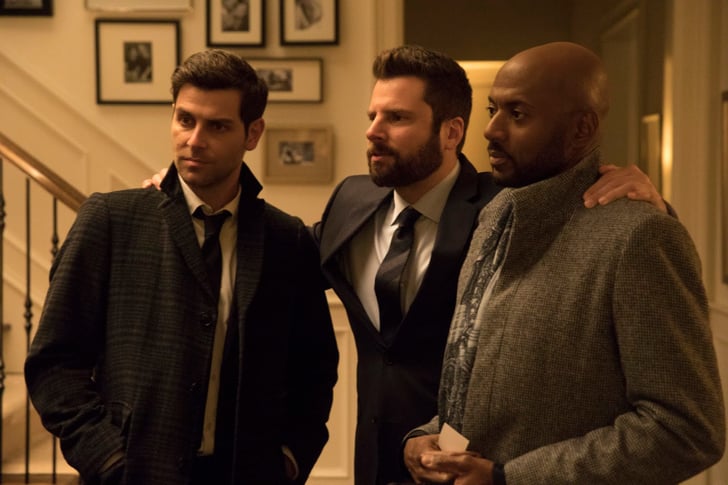 ‘A Million Little Things’ returned to its second season after a mid-season break this month. The ABC family drama boasts of an impressive ensemble cast and was premiered in 2018.

The show follows a tight-knit group of friends which gets shaken when one of them commits suicide unexpectedly. The friends soon realize that they must continue living their lives and move on in order to handle the loss.

A Million Little Things Season 2 Episode 11 Release Date: When Does it Premiere?

Where to Watch A Million Little Things Season 2 Episode 11 Online?

You can watch the eleventh episode of the second season of ‘A Million Little Things’ by tuning into ABC on the above-mentioned timeslot. However, with a cable provider’s login, the show can be watched on ABC’s website or app as well.

You can also watch the episode live if you have a Hulu plus Live TV subscription or one with Fubo TV, YouTube TV or Direct TV. Other than that, the episode can also be streamed using a standard Hulu subscription after it has been aired on television. Moreover, specific episodes can be bought on Amazon Prime Video as well.

The tenth episode of the second season of ‘A Million Little Things’ marked the show’s return after its mid-season break.

The episode starts with Katherine driving Sophie home. Sophie does not talk to Delilah and tells her that she killed her father. She refuses to eat breakfast with the family, disregards her curfew and starts to return home late after her shift at the restaurant. She even refuses to go to Danny’s high-school performance of ‘Grease.’

Gary is painting the stage for Danny’s show at the school and overhears a bunch of school kids asking Danny if he is nervous about kissing a girl on stage.

Elsewhere, Rome and Gina show an adoption agent their house. Rome asks Gina if she mentioned his depression on the medical records submitted to the adoption agency. However, Gina has not included that on the form since she thought that that might harm their chances. But Rome is not too pleased with that as he doesn’t want to step into fatherhood with a lie.

On the other hand, Eddie’s sister sends him a gift for the new baby. Theo asks Eddie why he hasn’t met his aunt, forcing Eddie to tell him that his sister has an alcohol problem. Moreover, he also admits to having an alcohol problem himself to Theo.

Maggie sees Gary on a dating app. Gina manages to convince Sophie to come for Danny’s performance. Backstage, Danny tells Elliot that he was hurt because of the latter not talking to him during rehearsals. He also tells him that he wished his first kiss would have been meaningful. In reply, Elliot kisses Danny.

Maggie talks to Gary during the interval, being concerned for him. However, the conversation ends with her having to tell Gary that she does not feel the same way about him as before.

After the show, Gary sees Maggie on the dating app while walking on the street. He takes it out on a car and gets into an altercation with the car’s owner. Gary gets ready to fight but the car’s owner pulls a gun on him. Although, he leaves without shooting.